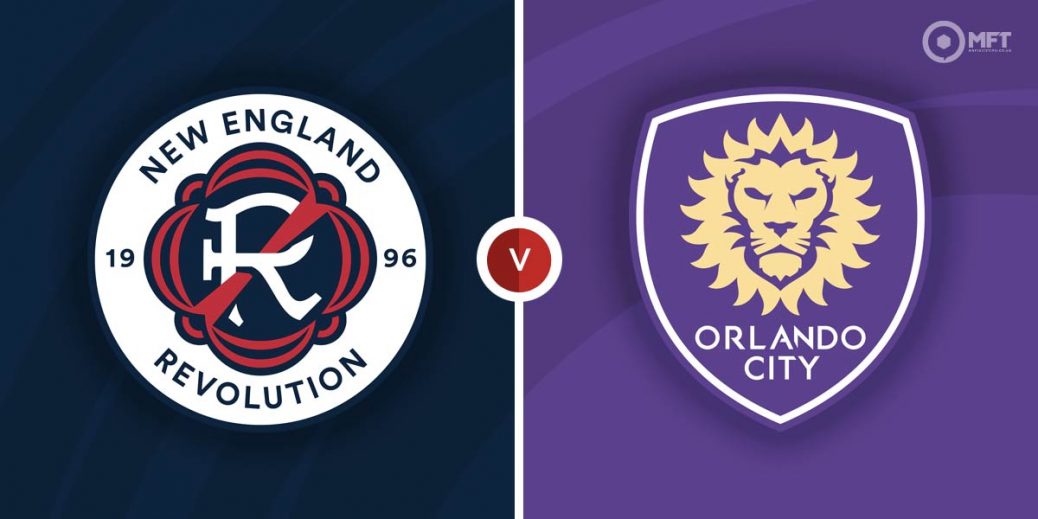 New England Revolution are looking to make it back-to-back MLS wins as they host Orlando City in an Eastern Conference fixture on Thursday. Orlando have the quality to make it a closely fought encounter but New England’s recent form means they will be confident of coming out on top.

It has been a mixed campaign for New England Revolution, who have claimed five wins and suffered five defeats from their 14 matches in the Eastern Conference. They are currently just outside the playoff places but can rise as high as fifth if results go their way.

New England are currently unbeaten in four home matches, although the last two fixtures in that run have ended in draws. Bruce Arena’s men need to start turning these recent runs of draws into wins if they are to push further up the table.

The task for New England Revolution will be to build on the 2-1 victory at Sporting Kansas in their previous MLS fixture. Gustavo Bou opened the scoring while Emmanuel Boateng struck the winner three minutes from time after the hosts had drawn level.

Orlando City are currently in the playoff mix and are fifth on the table. However, with just two points separating them from New England in eighth place, defeat on Thursday could see them slip out of the playoff places.

Like New England, it has also been mixed fortunes for Orlando City in recent weeks as they have claimed just two wins from their last six MLS matches. They have been beaten three times in that run, including a 3-1 home defeat to Dallas last time out despite taking the lead through Ercan Kara.

Orlando City are just as erratic on their travels, although they have lost just once in their last five away matches. Oscar Pareja’s men have also claimed two wins in that run but were held to a 2-2 draw by Austin FC in their previous fixture on the road.

New England Revolution are considered favourites by the bookies with a home win priced at 9/13 by SBK. A victory for Orlando City is valued at 39/10 by SBK while a draw is set at odds of 31/10 by bet365.

New England Revolution have a 6-4 advantage with six draws from 16 previous matches with Orlando City. New England have also won the last four home meetings and claimed a 2-1 victory in the most recent clash at Gillette Stadium.

Gustavo Bou has been slowly finding his rhythm since returning from injury, scoring in his last two matches. The Argentine striker will be the one to watch for New England Revolution and is priced at 6/4 by BetVictor to score anytime on Thursday.

Orlando City have multiple attacking threats and often spread their goals across the team. However, Ercan Kara has stood out lately, with goals in his last two matches and Paddy Power has the forward at odds of 5/2 to get on the score sheet on Thursday.

New England Revolution and Orlando City often serve up thrilling encounters and having produced over 3.5 goals in four of their last five meetings, a repeat could be considered at 16/9 by SBK. There have been first half goals for both teams in three of their last four meetings and Thursday’s clash could be tipped to follow a similar pattern at 10/3 with William Hill.

New England have also scored in both halves in four of their last five MLS matches and could be set for a repeat on Thursday at 6/4 with Unibet.