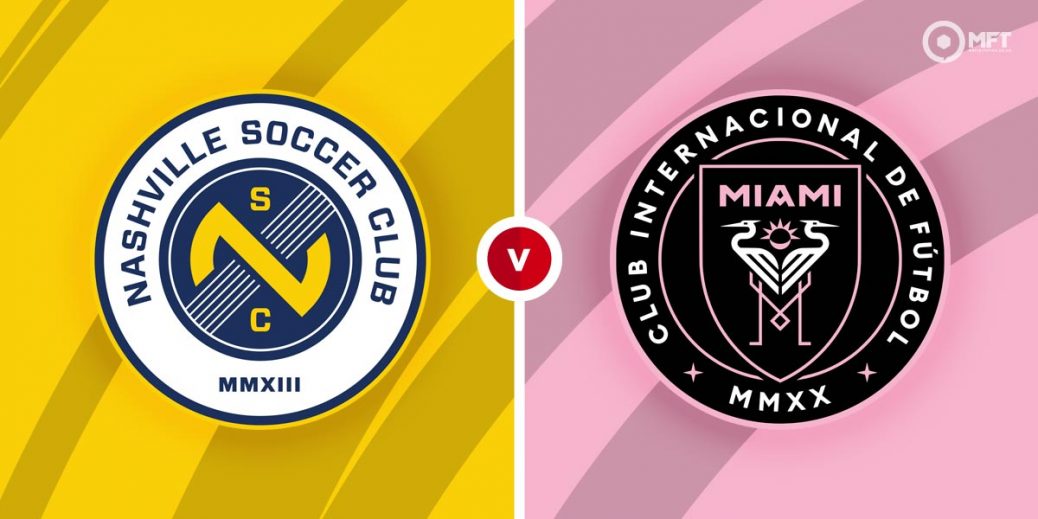 A first win of the season is the target for Nashville as they host Inter Miami in an MLS clash at Nissan Stadium. Both teams often adopt an open and attacking style of play and are expected to serve up goals in this one.

Nashville fought back from two goals down to earn a 2-2 draw against Montreal Impact last time out in the MLS. Jhonder Cadiz sparked the fight back with a goal nine minutes after the restart while Hany Mukhtar struck the equaliser midway through the second half.

It has been a slow start to the campaign for Nashville, who are looking to improve on last season’s playoff finish. They are still seeking their first win this term having opened their campaign with a 2-2 home draw against Cincinnati.

Manager Gary Smith has plenty of attacking quality at his disposal and enjoys an open style of play. However, they are often left exposed at the back and have conceded two goals in each of their matches this season.

Inter Miami bounced back from their opening day disappointment to claim a 2-1 victory at Philadelphia Union in their previous fixture. Gonzalo Higuain and his brother Federico were both on target as they came from behind to win.

Manager Phil Neville will be pleased to get a first win under his belt following their 3-2 home defeat to LA Galaxy in their opening fixture. It will be viewed as a statement of intent for the club who are expected to challenge for a playoff spot in the Eastern Conference.

Gonzalo Higuain has two goals in the first two matches this season as Inter Miami have adopted an attacking style of play. They still remain poor at the back, with four goals already conceded in their opening two matches.

Nashville are considered favourites among the bookies with a home win priced at 10/11 by bet365. A victory for Inter Miami is valued at 16/5 by the same firm while a draw is set at odds of 51/19 by Vbet.

Nashville have never lost to Inter Miami with two wins and a draw from their previous three fixtures. They earned a 3-0 victory in the last meeting between both teams.

Jhonder Cadiz already has two goals this season and will be the one to watch for Nashville. Bet365 has the Venezuelan striker at odds of 6/4 to score anytime while also offering 5/1 in the first goalscorer market.

Inter Miami will look to striker Gonzalo Higuain, who has also found the net in each of his two appearances this season. He is priced at 7/4 by bet365 in the anytime goalscorer market with the same firm also offering 11/2 for the first goal.

Given the attacking quality expected to be on display, a punt in the goals market could provide some rewards. Bet365 is offering 3/4 on both teams to score, over 2.5 goals is priced at 17/20 by Paddy Power while over 3.5 goals is valued at 9/4 by betfair.

With Nashville coming from behind in both their matches this season, Inter Miami could be backed to score first at 8/5 with bet365.

This MLS match between Nashville and Inter Miami will be played on May 2, 2021 and kick off at 18:00. Check below for our tipsters best Nashville vs Inter Miami prediction. You may also visit our dedicated betting previews section for the most up to date previews.