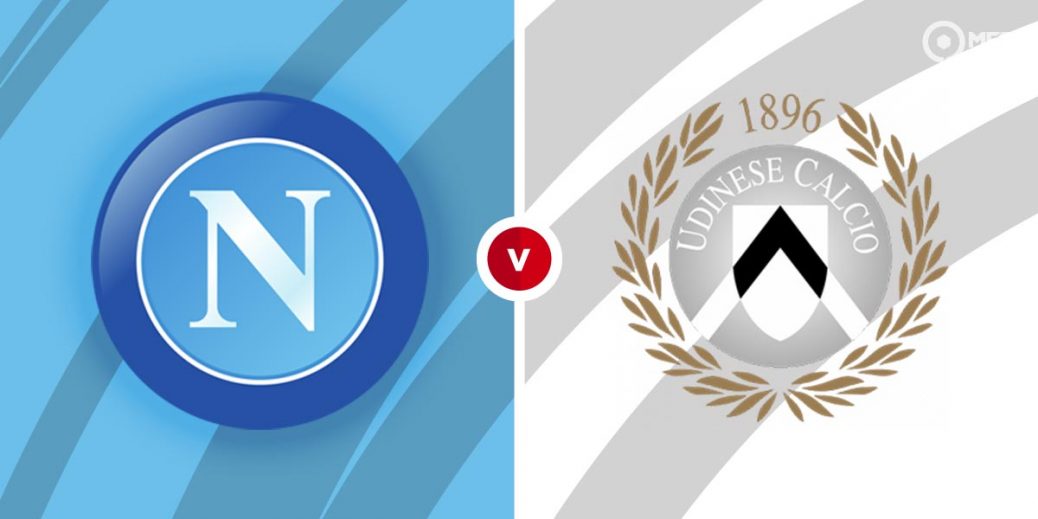 With Champions League qualification in their sights, Napoli host Udinese in an Italian Serie A fixture at the Stadio Diego Armando Maradona. A trip to Naples is always a daunting task and with Victor Osimhen and company in fine form in attack, Napoli should have too much for the visitors.

Victor Osimhen was once again the star of the show as Napoli earned a 4-1 victory at Spezia last time out in Serie A. The Nigerian striker netted a first half brace while Piotr Zielinski and Herving Lozano added further goals in a comfortable win.

Manager Gennaro Gattuso has got his side firing on all cylinders since slipping out of Europe as they head into Tuesday’s match seeking their 10th win in 14 Serie A matches. They are currently embroiled in a tight battle for Champions League qualification, sitting fourth on the table, just one point above fifth place Juventus.

While Napoli's form has been impressive lately, their defence remains a source of worry. They are without a clean sheet in their last five home matches, conceding eight goals in that run.

Udinese were held to a 1-1 draw at home against Bologna in their previous Serie A fixture. They looked to be holding on for the win following Rodrigo De Paul’s opener midway through the first half but conceded the equaliser seven minutes from time.

A place in the top half is still a target for Udinese, who sit 11th on the table, just three points behind Hellas Verona in 10th. However, they have not been at their best in recent weeks, suffering five defeats in their last eight matches.

One positive for manager Luca Gotti heading into Tuesday’s match is his team good record on their travels this season. They have suffered just one defeat in their last six away matches, scoring eight goals in the last three.

Napoli are considered overwhelming favourites among the bookies with a home win priced at 1/3 by bet365. A victory for Udinese is valued at 10/1 by SBK while a draw is set at odds of 9/2 by betway.

Napoli have momentum heading into the final games of the season and should earn the win here.

Napoli often emerge victorious in this fixture with 18 wins from 39 previous matches. Udinese have claimed nine wins while there have been 12 draws between both teams.

The Naples club have won nine of the last 10 meetings and triumphed 2-1 in the reverse fixture back in January.

Victor Osimhen appears to be ending the season with a flourish, scoring five goals in his last four matches. The Nigerian striker netted a brace last time out and could be worth a punt to score anytime at 23/20 with BoyleSport.

Rodrigo De Paul often carries the attacking threat for Udinese and is their top scorer with nine goals this season. The midfielder was on target against Bologna and is valued at 11/2 by betfair in the anytime goalscorer market.

With Napoli looking unconvincing at the back and Udinese often scoring on the road, the goals market should be considered.

Markets could also be combined to increase the value with a Napoli win and over 2.5 goals priced at 20/21 with bet365.

This Serie A match between Napoli and Udinese will be played on May 11, 2021 and kick off at 19:45. Check below for our tipsters best Napoli vs Udinese prediction. You may also visit our dedicated betting previews section for the most up to date previews.