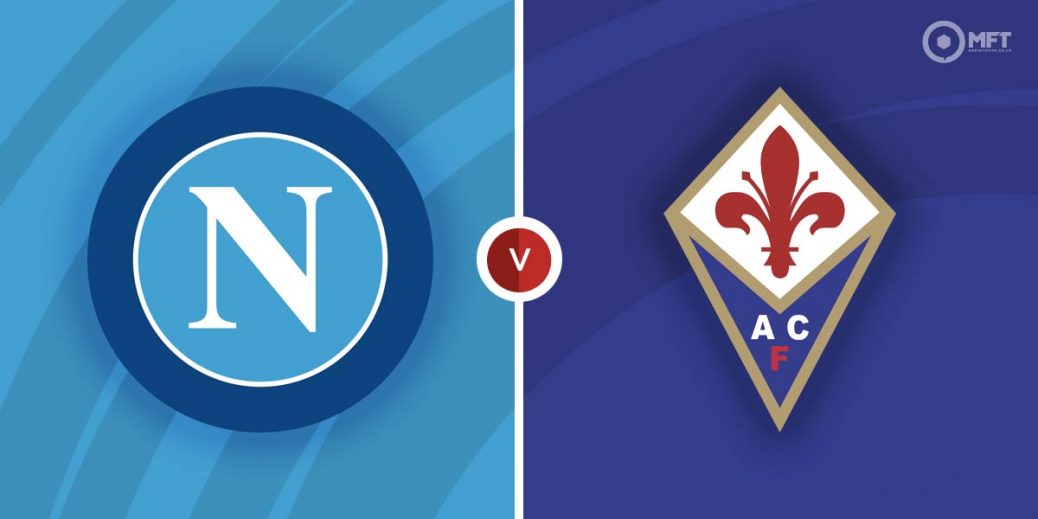 The Coppa Italia round of 16 features a clash between Napoli and Fiorentina on Wednesday.

Napoli have reasons to be pleased with their start to the new year having claimed a win and a draw from two matches. Sitting six points off leaders Inter Milan, they are still in the mix for the Serie A title but will consider the Coppa Italia a more realistic chance for silverware.

The Neapolitans warmed up for Wednesday’s clash with a hard fought 1-0 home victory over Sampdoria in Serie A on Sunday. Andrea Petagna’s effort just before the break proved to be the difference.

One problem for Napoli is that they appear to have lost some of their early season defensive solidity having kept just one clean sheet in their last five home matches. Luciano Spalletti’s men will also be without centre-back Kalidou Koulibaly, who is away at the Africa Cup of Nations.

Following a recent COVID-19 outbreak, Fiorentina’s Serie A clash against Torino on Monday night was their first fixture of the new year. They were totally outclassed by the Turin club and fell to a disappointing 4-0 defeat.

Fiorentina progressed to the round of 16 of the Coppa Italia after claiming a 2-1 victory over Serie B side Benevento. However, the defeat at Torino is a pointer to their recent form as they are now winless in their last three matches across all competitions.

One problem that has plagued Fiorentina throughout this season is their poor record on their travels. Vincenzo Italiano’s men have claimed just one win from their last seven away matches, suffering five defeats in that run.

Napoli are considered overwhelming favourites among the bookies with a home win priced at 7/9 by SBK. A victory for Fiorentina is valued at 18/5 with SBK while betway is offering odds of 3/1 for a draw.

Napoli often have the upper hand against Fiorentina and have won the last three meetings. The Neapolitans have already beaten their rivals this season, claiming a 2-1 victory in a Serie A fixture back in October.

Victor Osimhen’s spell on the sidelines has seen Dries Mertens step up in recent weeks for Napoli. The Belgian forward has six Serie A goals this season and is priced at 5/4 by Vbet to get on the score sheet.

As always Fiorentina will be banking on Dusan Vlahovic, who is attracting plenty of attention across Europe at the moment. The Serbian striker has 16 Serie A goals this season and could be tipped to find the net on Thursday at 7/5 with bet365.

The last meeting between Napoli and Fiorentina produced over 2.5 goals which is priced at 13/18 by Sport Nation. Both teams were also on target in the first half in that fixture and a similar outcome is priced at 10/3 with bet365.

This Coppa Italia match between Napoli and Fiorentina will be played on Jan 12, 2022 and kick off at 16:30. Check below for our tipsters best Napoli vs Fiorentina prediction. You may also visit our dedicated betting previews section for the most up to date previews.