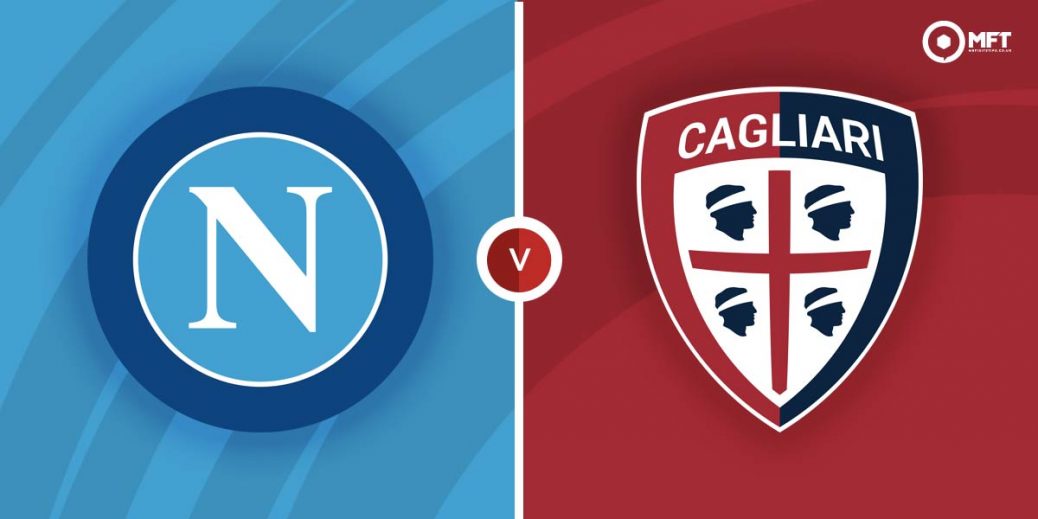 Seeking to maintain their perfect start to the new Italian Serie A season, Napoli welcome Cagliari to the Stadio Diego Armando Maradona. Cagliari are winless this season and should be no match for the Neapolitans, who are flying ay the moment.

Napoli were in rampant mood last time out in Serie A as they claimed a 4-0 victory at Sampdoria. They were ruthless in attack with Victor Osimhen netting a brace while Fabian Ruiz and Piotr Zielinski were also on target.

The result means Napoli are still maintaining their 100% record in Serie A after five matches and have opened up a two-point gap at the top of the table. Their fine form this season is not only limited to Serie A as they are also yet to taste defeat across all competitions.

Cagliari’s woeful start to the season continued last time out as they suffered a 2-0 defeat at home to Empoli. They were second best throughout the encounter and finished with just one attempt on target.

The Sardinian side are still without a win this season and have suffered three defeats in their opening five matches. That poor start has led to the sack of manager Leonardo Semplici with former Napoli boss Walter Mazzarri the new mam in charge.

The first task for Mazzarri will be to stem the tide of conceded goals for Cagliari who have been breached 13 times already this season. However, they are likely to find things difficult against a rampant Napoli team.

Napoli have been installed as overwhelming favourites among the bookies at 29/100 with novibet. BetVictor is offering 12/1 for an unlikely Cagliari victory while a draw is set at odds of 28/5 by SBK.

Napoli have a 19-6 advantage with 15 draws from 40 previous matches against Cagliari. The Naples club are also unbeaten in the last three meetings, claiming two wins in that run.

Victor Osimhen is the man in form for Napoli with five goals in his last three matches across all competitions. The striker netted a brace last time out against Udinese and could be backed to find the net at 5/6 with BetVictor.

Despite their struggles, Joao Pedro has impressed for Cagliari this season. The striker has found the net four times and is priced at 15/4 by Unibet to score anytime.

Napoli have won both halves in their last two matches and Sunday’s clash is likely to follow a similar pattern at 37/20 with MansionBet.

This Serie A match between Napoli and Cagliari will be played on Sep 26, 2021 and kick off at 19:45. Check below for our tipsters best Napoli vs Cagliari prediction. You may also visit our dedicated betting previews section for the most up to date previews.