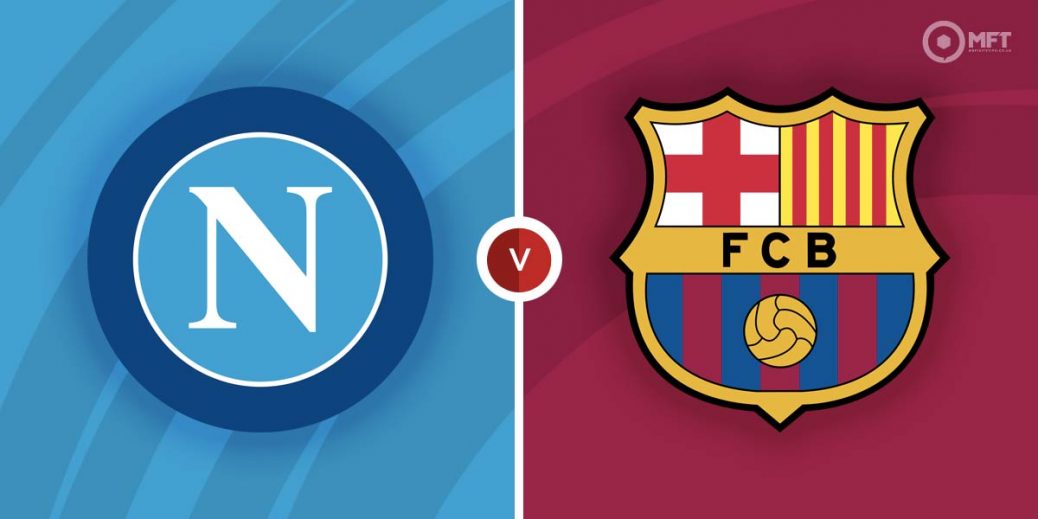 Napoli welcome Barcelona to the Stadio Diego Armando Maradona for the second leg of their UEFA Europa League knockout round playoff. Both teams played out an exciting 1-1 draw in the first meeting and there still appears to be little to separate them ahead of Thursday’s clash.

Napoli may have opened the scoring in the first leg but often looked like they were holding on for life as the match wore on.

As it stands, Napoli still have a firm footing in the tie and will be seeking a much-improved performance in front of their fans. The problem is that they have been plagued by the same defensive problems that were on display in the first leg and have kept just one clean sheet in their last eight home matches.

Napoli have also been hampered by draws lately having been held in their last three matches across all competitions. Maurizio Sarri’s men warmed up for the visit of Barcelona with a 1-1 draw at Cagliari in a Serie A clash on Monday night.

Barcelona will be disappointed not to be carrying an advantage into Thursday’s clash after missing multiple goalscoring opportunities in the first leg. Ferran Torres was the chief culprit, missing good chances before and after scoring the equaliser from the penalty spot.

While Barcelona would have preferred a better result, manager Xavi will be pleased with the performance as it shows their continuous improvement this season. They are unbeaten in their last five matches across all competitions and earned a 4-1 victory over Valencia in a La Liga fixture last Sunday.

Like Napoli, Barcelona have also struggled to maintain their discipline at the back later. The Catalans have kept just one clean sheet in their last eight matches across all competitions.

The bookies appear to be split on this one with a win for Napoli priced at 9/5 by BetVictor while SBK is offering 14/9 for a Barcelona victory. A draw is set at odds of 13/5 with Unibet.

Barcelona have a 4-1 advantage with two draws from seven previous matches with Napoli. The 1-1 scoreline in the first leg means both teams have battled to two draws in their last three meetings.

Victor Osimhen continues to work his way to full fitness and grabbed the equaliser in the draw with Cagliari on Monday night. The striker could be worth keeping an eye on to score anytime at 21/10 by Unibet.

Pierre Emerick-Aubameyang got off the mark for Barcelona in fine style as her netted a hat-trick in the La Liga win at Valencia. The Gabon striker will be looking to go on a scoring run and is priced at 2/1 by Unibet to find the net on Thursday.

There have been goals for both teams in the last three meetings between Napoli and Barcelona and that run could be tipped to continue at 7/10 with Unibet. Over 2.5 goals could also be considered at 10/11 with bet365 while over 3.5 goals is valued at 9/4 by William Hill.

A closely fought contest is expected on Friday so a halftime draw can also be considered at 6/5 with Unibet. Barcelona have scored a penalty in their last two matches with Napoli and could be set for a repeat at 5/1 with bet365.

This UEFA Europa League match between Napoli and Barcelona will be played on Feb 24, 2022 and kick off at 20:00. Check below for our tipsters best Napoli vs Barcelona prediction. You may also visit our dedicated betting previews section for the most up to date previews.