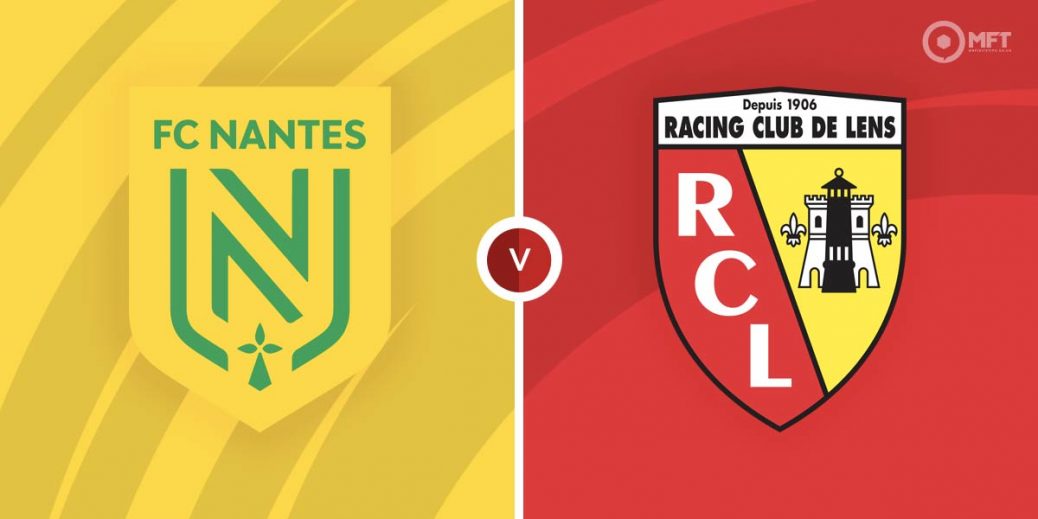 Lens are aiming to snap out of a mini slump as they travel to Nantes for a Friday night French Ligue 1 clash. Nantes have not been particularly impressive themselves in recent weeks and the visitors will fancy their chances of coming out on top.

Nantes are coming off a 1-0 victory over Lorient in their previous League 1 fixture. They laboured for much of the contest before Wylan Cyprien struck the winner seven minutes from time.

It was a much needed victory as it ended a run of five matches without a win for Nantes, who have found things difficult this season. Antoine Kombouare’s men are still in the bottom half of the table but are now eight points clear of the relegation zone.

One area that still needs improvement for Nantes is their recent record at the Stade de la Beaujoire. They are winless in their last two home matches and were beaten 1-0 by Marseille in their previous fixture in front of their fans.

Lens appear to be going through a rough patch at the moment and are winless in their last four matches. They have dropped to fifth on the table and will need to be weary of fast rising Strasbourg and Monaco who are just one point behind.

One positive for Lens is that they have suffered just one defeat in that run having been held to a stalemate three times. They travel to Nantes off the back of a 1-1 draw with leaders PSG in their previous Ligue 1 fixture.

Manager Franck Haise will be keen to turn some of those draws into wins and can take confidence from the performance against PSG as they led for long periods before conceding a late equaliser. However, they will need some improvement at the back having conceded nine goals in their last four matches.

The bookies appear to be split on this one with a win for Nantes priced at 30/17 by SBK while betfair is offering 31/20 for a Lens victory. A draw is set at odds of 5/2 by SBK.

Nantes have a 15-12 advantage with eight draws from 35 previous matches against Lens. However, they suffered a 4-2 defeat in this fixture last season.

Ludovic Blas is the top scorer for Nantes with seven Ligue 1 goals and will be the one to watch on Friday. Bet365 has the forward at odds of 10/3 to get on the score sheet.

Lens often spread their goals across the team but Seko Fofana is their top scorer with five Ligue 1 goals this season. The midfielder has found the net in his last two appearances and is priced at 4/1 by bet365 to score anytime.

There has been BTTS in the last three matches between Nantes and Lens and a repeat could be considered at 31/40 by betway. The last meeting produced over 3.5 goals which is priced at 13/5 by BetVictor while SBK is offering 28/29 for over 2.5 goals.

Lens have seen second half BTTS in their last three matches and a similar outcome is set at odds of 23/10 with betfair.

This French Ligue 1 match between Nantes and RC Lens will be played on Dec 10, 2021 and kick off at 20:00. Check below for our tipsters best Nantes vs RC Lens prediction. You may also visit our dedicated betting previews section for the most up to date previews.