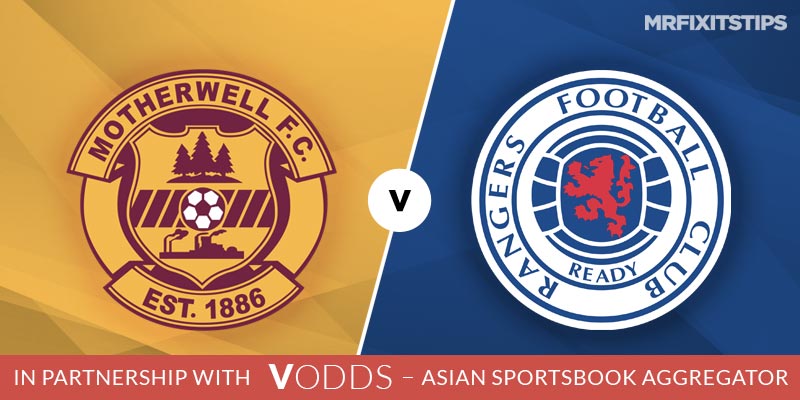 A TRIP to Motherwell is the last thing Rangers need after two emotionally draining games and if they come through this test unscathed it will be a big statement of intent.

Steven Gerrard's side recovered from the crushing blow of their League Cup Final defeat to bitter rivals Celtic by getting the point they needed against Young Boys to reach the last 32 of the Europa League.

But they almost threw it away right at the death, with the Swiss side scoring late on to set up a nervous final few minutes at Ibrox.

Rangers survived but having put so much into two massive matches they will now need to reset for a tricky clash at Fir Park against a Motherwell side renowned for their fighting spirit under Stephen Robinson.

Well headed into the weekend sitting third, just seven points behind Rangers, albeit having played two games more. Their success under Robinson has been built on rarely giving opponents a moment's peace so Gerrard's side can't afford to coast to victory.

Rangers have won just once in their last five games during a tough run of fixtures at home and in Europe and will need to get back to winning ways to stop falling further adrift in the title race.

Despite their fine form this season, Motherwell are 13/2 outsiders with Ladbrokes, a price that might attract a few punters. The draw looks a better option at 21/5 with Unibet while a Rangers win is a best 4/9 with Betfred.

I tipped a Rangers win with both teams to score in midweek and it didn't come up but that outcome pays 37/20 here with 888Sport and is a decent option.

Motherwell made Rangers sweat for a win at Ibrox earlier in the season, taking the lead through Devante Cole before Gerrard's side battled back to win 2-1 thanks to a late goal from Filip Helander.

Rangers won two of the three games between these sides last season, although Motherwell did manage to claim a 3-3 draw at Fir Park.

The Steelmen's last home victory over the Ibrox side came in the infamous 2015 Premiership play-off when Rangers, then in the Championship, crashed 3-0 (below). That match ended in shame as Bilel Moshni scrapped with Well players on the pitch.

Goals are pretty much guaranteed in this fixture, with the last 0-0 draw coming way back in 2012. There have been over 2.5 goals in each of their last five meetings, with a 3-3 draw and a 7-1 win for Rangers part of that run.

Over 2.5 strikes is sadly a best 8/15 with most firms here while even over 3.5 goals is just 11/8 with Marathonbet. Both teams to score doesn't offer much value either at 8/11 with most firms.

I expected Gerrard to make a few changes to freshen his Rangers side up after such a brutal run of games.

But he has kept faith with most of the team who started in midweek, a surprise as I thought Sheyi Ojo or Brandon Barker would come in.

My tip for an Alfredo Morelos goal came up for the fourth European game in a row in midweek.

But the Colombian (below) and veteran Jermain Defoe are both a best 17/20 with Unibet in the anytime scorer market, which again isn't great value.

Scott Arfield is 10/3 with Bet365 and that looks a better investment for a Rangers goal.

For a home goal, try striker Chris Long at 4/1 with Paddy Power. The Englishman scored the winner against Hearts last weekend and has five for the season in total.

Games between these teams can often get a bit fiery. William Hill are offering 10/11 on Motherwell getting at least one card in each half and that looks likely to come up while each team getting over one card is 2/1 with the same firm.

Both teams offer an aerial threat so I also like the look of the 13/10 William Hill are offering on a header being scored in the game.

This Scottish Premiership match between Motherwell and Rangers will be played on Dec 15, 2019 and kick off at 12:00