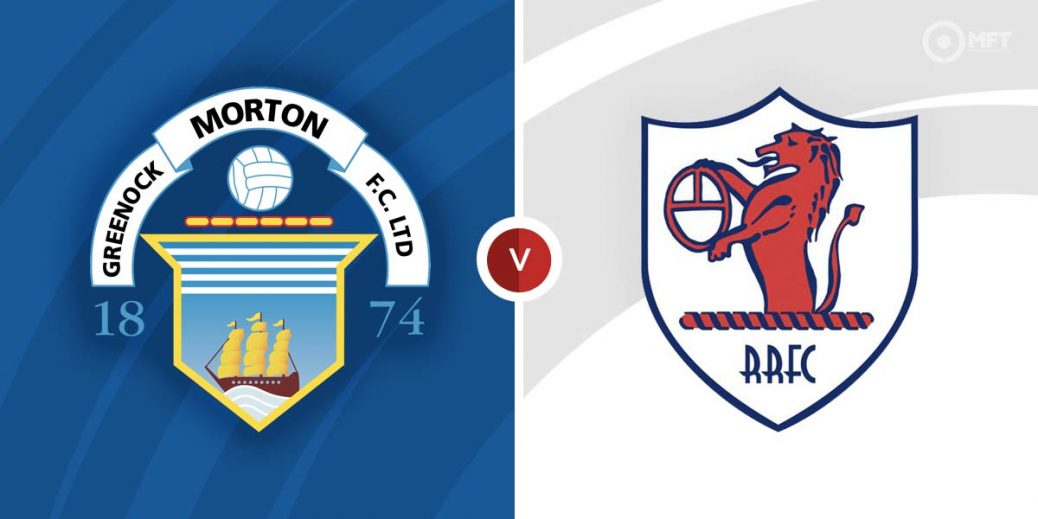 MORTON and Raith Rovers could badly do with the points on Friday night in a live Scottish Championship match for different reasons.

The Greenock side have significantly improved since the appointment of Dougie Imrie after what had been a miserable campaign for them. But they are still only two points ahead of bottom placed Queen of the South in eighth place.

For Rovers, they are making another good fist at their promotion tilt after last season's play-off heartache. A win on Friday would put them up to joint second for a few hours at least.

Both teams gave good accounts of themselves last week in the Scottish Cup. Rovers eventually broke down the stubborn resistance of Aberdeen juniors Banks O'Dee and eased through.

While Morton took Motherwell into extra time for the second year in a row at this stage of the competition and actually took the lead in the tie, before wilting and conceding two late goals in the second half of the extra time to exit the competition, much to Imrie's frustration.

And it could be a tighter game than the 15 points Raith Rovers are ahead of Morton would perhaps suggest.

Raith Rovers are the favourites here and Boylesports are offering 11/8 on a win for the Fifers.

Rovers have already defeated the Inverclyde side twice this season – 1-0 in Greenock in September as can be seen below and 2-1 in Kirkcaldy in Novermber.

In fact, Rovers have a terrific record in this fixture having won the last six meetings having only conceded one solitary goal in that time.

Robbie Muirhead came off the bench last week and scored a sensational solo goal at Motherwell in the Scottish Cup and that could well get him the nod on Friday.

For Raith Rovers, former Hibs and Dundee United man Sam Stanton is back in Scottish football after a spell in Ireland with Dundalk and netted his first goal for John McGlynn's side in Aberdeen last week.

Imrie seems to have made an immediate impact at Cappielow. As Motherwell found out last week they are well organised and hard to break down and keeper Jack Hamilton was outstanding.

Morton have the worst record in the league at home, but they recently battered Dunfermline at Cappielow and can give Rovers a real game here.

Raith Rovers have gone five games in a row without a win in the league and Morton can cause something of an upset here at a big price.

And the hosts have scored for 11 games in a row if you include the weekend's extra time game at Fir Park. Both teams to score at a reasonable 23/25 with Unibet.

This Scottish Championship match between Morton and Raith Rovers will be played on Jan 28, 2022 and kick off at 19:45. Check below for our tipsters best Morton vs Raith Rovers prediction. You may also visit our dedicated betting previews section for the most up to date previews.