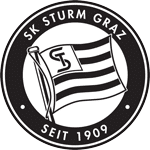 Monaco have endured a difficult start to their domestic season but will look to put that behind them as they begin their campaign in the UEFA Europa League. They host Sturm Graz in a Group B fixture at the Stade Louis II and despite their struggles are tipped to get past the Austrians.

Monaco have been anything but impressive this season having claimed just one Ligue 1 victory from five matches. They head into Thursday’s clash off the back of a 2-1 defeat to Marseille in their previous fixture in France.

Nico Kovac’s men are Drawn alongside Dutch Giants PSV and Real Sociedad, who face each other in their opening fixture. Monaco will be looking to steal an early march on their rivals with a positive result at home.

It is not all doom and gloom for Monaco though as they have had a few things to cheer about, particularly in Europe. Although they fell to Shakhtar Donetsk in the playoffs of the Champions League, the French side did the double over Genk in the previous round.

Playing second fiddle to RB Salzburg in the Austrian Bundesliga, Sturm Graz have endured a lengthy absence from the main draw of a continental competition. They progressed to the group stage of the Europa League after seeing off Slovenian side Mura in the qualifiers.

They travel to Monaco off the back of a 2-1 victory over Austria Klagenfurt in the Bundesliga. Sturm Graz have been up and down recently, the win over Klagenfurt was only their second in the last five matches across all competitions.

Like Monaco, Christian Ilzer’s men also struggle to maintain their discipline at the back and have kept just one clean sheet in their last 11 matches across all competitions.

Monaco head into Thursday’s match as favourites among the bookies at 5/11 with SBK. Unibet is offering 7/1 for a Sturm Graz victory while a draw is set at odds of 19/5 with Betfred.

Monaco and Sturm Graz met during the group stage of the 2000/01 Champions League with both clubs winning their home fixture.

Wissam Ben Yedder scored two goals during the Champions League qualifiers and could be worth keeping an eye on for Monaco. The French striker is priced at 42/21 by Skybet to find the net on Thursday.

Strikers Manprit Sarkaria and Kelvin Yeboah have four goals each this season and will be the ones to watch for Sturm Graz. Sarkaria is priced at 9/2 by Paddy Power to score anytime while SBK is offering odds of 16/5 on Yeboah in the same market.

Monaco and Sturm Graz are often shaky at the back and both teams are likely to score at 11/10 with MansionBet. The French team are likely to win but tend to always concede, so over 2.5 goals could be on the cards at 8/11 with William Hill.

This UEFA Europa League match between Monaco and Sturm Graz will be played on Sep 16, 2021 and kick off at 20:00. Check below for our tipsters best Monaco vs Sturm Graz prediction. You may also visit our dedicated betting previews section for the most up to date previews.