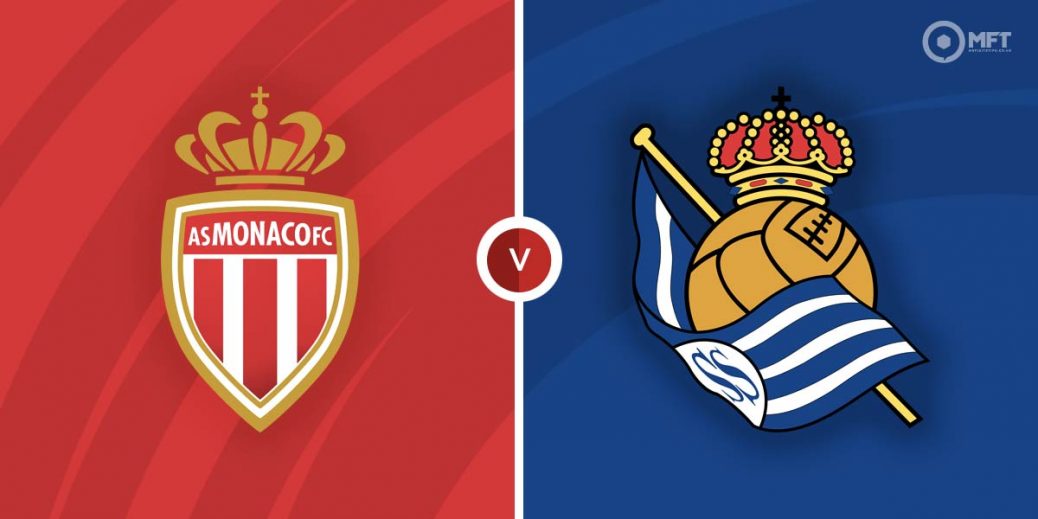 Monaco and Real Sociedad will put their unbeaten records on the line when they meet in a UEFA Europa League Group B fixture. Separated by just two points, both teams appear evenly matched at the moment and are likely to cancel each other out.

Monaco are yet to taste defeat in this year’s Europa League having claimed two wins and as many draws from their four matches. They were held to a 0-0 scoreline in their previous fixture but still remain top of the Group with eight points.

The draws are beginning to pile up for Monaco, who have been held in their last three matches across all competitions. They came from two goals down to earn a 2-2 draw with Lille in Ligue 1 last Friday with Krepin Diatta and Wissam Ben Yedder getting the goals.

One positive for Nico Kovac’s men is their solid defence that kept clean sheets in the two matches prior to the draw with Lille. They are also yet to concede a goal in two home matches in the Europa League.

Real Sociedad are also yet to taste defeat in the Europa League, although they have played out three draws in their four matches. They are two points behind Monaco and were held 1-1 by Strum Graz in their previous fixture with Alexander Sorloth’s second half effort earning them a share of the spoils.

The Spaniards have shown similar form to Monaco in recent weeks and travel to France with three draws from their last four matches. Imanol Alguacil's men warmed up for Thursday’s clash with a 0-0 draw with Valencia in La Liga last Sunday.

Another similarity between Real Sociedad and Monaco is in defence as the Spanish side has also looked solid at the back in recent weeks. They have kept clean sheets in three of their last four away matches across all competitions.

The bookies appear to split on this one with Monaco priced at 8/5 by Unibet to win while a victory for Real Sociedad is valued at 9/5 by William Hill. A draw is set at odds of 40/17 by SBK.

Real Sociedad are unbeaten against Monaco with a win and a draw from two previous matches. Both teams battled to a 1-1 draw in the reverse fixture back in September.

Monaco’s recent form has been driven by a sturdy defence that has kept clean sheets in their last two matches. Strahinja Pavlovic and Axel Disasi often partner in central defence and can guide the team to a third straight clean sheet at 23/10 with BoyleSports.

Real Sociedad have also looked solid at the back in recent times with Aritz Elustondo and Robin Le Normand often starting in central defence. They have kept clean sheets in their last four away matches and could be tipped for a repeat at 5/2 with William Hill.

Monaco and Real Sociedad have been solid at the back lately and are likely to produce a low scoring contest on Thursday. The reverse fixture produced under 2.5 goals and a repeat could be on the cards at 5/6 with betway.

Given the number of clean sheets from both teams lately, BTTS NO could also be considered at 11/10 with BetVictor. Monaco have been level at the break in their last two home matches in the Europa League and could be set for a halftime draw at 22/19 with Vbet.

This UEFA Europa League match between Monaco and Real Sociedad will be played on Nov 25, 2021 and kick off at 20:00. Check below for our tipsters best Monaco vs Real Sociedad prediction. You may also visit our dedicated betting previews section for the most up to date previews.