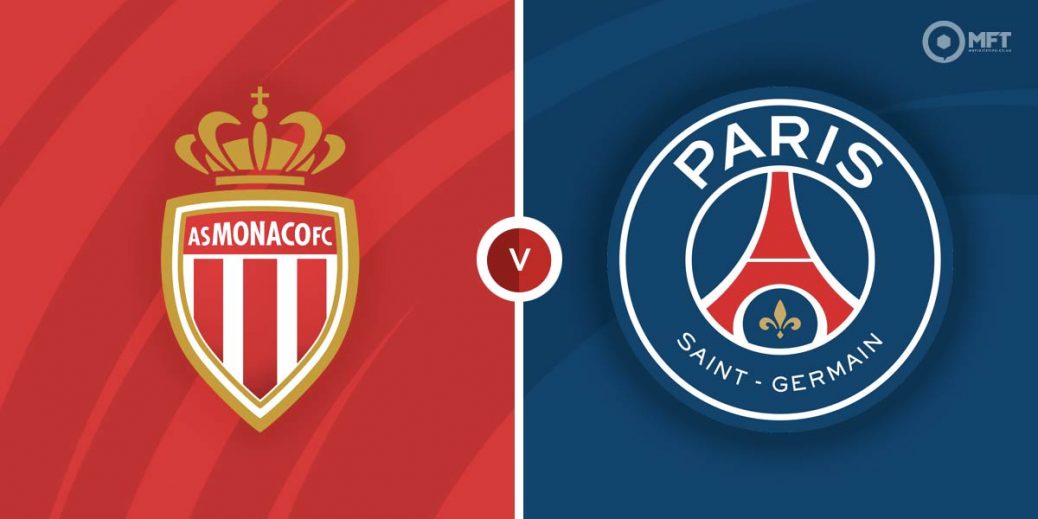 Monaco will be aiming to breathe some life into their campaign as they host PSG in Ligue 1 on Sunday. Neither team has been particularly impressive this season but the Parisians often come out on top in this fixture and should once again have the edge over their rivals.

It has been a generally disappointing campaign for Monaco, who never looked close to putting up a title challenge and have now crashed out of every competition. The only fight left in their season is to secure a place in Europe as they sit six points off the top five.

Monaco head into Sunday’s clash with just one win from their last eight matches across all competitions. They were beaten 1-0 by Strasbourg in their previous Ligue 1 fixture and followed that up with a 1-1 draw with Sporting Braga on Thursday which was not enough to see them progress in the Europa League.

Monaco are winless in their last three home matches across all competitions and were beaten 2-1 by Reims in their previous fixture in front of their fans.

Like Monaco, PSG have also crashed out of every other competition this season and can only win the Ligue 1 title. It has been far from a typical dominant campaign from the Parisians but the inconsistency of the rest of the league means they hold a 15-point lead at the top of the league.

PSG travel to the Stade Louis II off the back of a 3-0 victory over Bordeaux in their previous Ligue 1 fixture. Kylian Mbappe opened the scoring midway through the first half while Neymar and Leandro Paredes added further goals after the break.

That was the sixth win in eight Ligue 1 matches for PSG, who have been the best of a poor group this season. Mauricio Pochettino’s men have also been unconvincing on their travels this term but a recent 5-1 win at champions Lille will give them some confidence heading into Sunday’s clash.

PSG have the upper hand among the bookies at 15/16 with SBK while a victory for Monaco is valued at 11/4 by BetVictor. A draw is also set at odds of 3/1 with Unibet.

PSG have won the last two matches against Monaco and claimed a 2-0 victory in the reverse fixture back in December. The Parisians also claimed a similar result on their last visit to Stade Louis II.

While Monaco have struggled this season, their one shining light has been Wissam Ben Yedder. The striker has 15 Ligue 1 goals this term and is priced at 9/5 by Betfred to get on the score sheet on Sunday.

Kylian Mbappe has comfortably been PSG’s best player this season, often shouldering a bulk of the team’s attacking threat. The French striker has scored three goals in his last two matches against Monaco and could be worth considering to score anytime at 23/20 with Coral.

PSG have opened the scoring in their last two matches with Monaco and could be backed to score first at 7/10 with BoyleSports. Having scored in both halves in their last Ligue 1 fixture and also on their last visit to Stade Louis II, the Parisians could be set for a repeat on Sunday at 7/4 with betfair.

Given the quality in both attacks, over 3.5 goals can also be considered at 18/11 with SBK.

This French Ligue 1 match between Monaco and PSG will be played on Mar 20, 2022 and kick off at 12:00. Check below for our tipsters best Monaco vs PSG prediction. You may also visit our dedicated betting previews section for the most up to date previews.