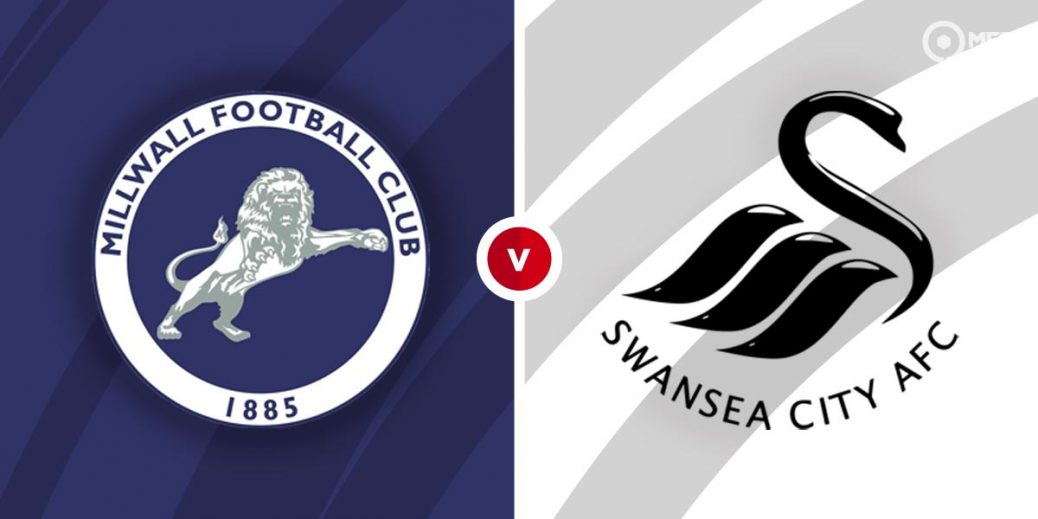 Swansea will hope to breathe new life into their promotion playoff quest as they travel to the Den for an English Championship fixture against Millwall. The Swans have been poor lately and are likely to struggle against the in form Millwall team.

Millwall claimed a 2-1 victory against Stoke City in their previous Championship fixture. Murray Wallace's opener was cancelled out by the Potters before Mason Bennett struck the winner midway through the second half.

The Lions are hoping to keep alive their slim hopes of making the playoffs as they sit ninth on the table, eight points behind Reading in sixth. They have given it a good go in recent weeks and head into Saturday’s match with four wins in their last five matches.

Gary Rowett’s men have a good record at the Den with just one defeat in their last eight matches. Their last two home matches have ended in 1-0 victories against Middlesbrough and Rotherham United.

Swansea suffered a 1-0 home defeat to Preston North End last time out in the Championship. It was a poor performance from the Swans as they finished with no attempts on target and conceded a 90th minute winner through Matt Grimes' unfortunate own goal.

Steve Cooper’s men are in danger of slipping out of the playoff places despite sitting fourth on the table. They are just five points above seventh place Bournemouth, who have been on the rise in recent weeks.

Swansea have lost their last four Championship matches, failing to score a single goal in that run. They have also suffered defeats in their last two away matches, losing 3-0 to Bournemouth before falling 1-0 to Birmingham.

Despite their recent struggles, Swansea are still considered favourites by the bookies with Unibet offering 33/20 for an away win. A victory for Millwall is priced at 2/1 by William Hill while a draw is set at odds of 19/8 by Vbet.

Given their momentum in recent weeks and with Swansea struggling, I am leaning towards a win for Millwall.

Swansea have a slight edge in this fixture with six wins from 14 matches. Millwall have claimed just four victories while there have been four draws between both teams.

The Swans triumphed 2-1 in the reverse fixture back in October.

Millwall have multiple attacking threats with midfielder Jed Wallace and striker Mason Bennett among the goals in recent weeks. Bennett is priced at 23/10 by SBK to score anytime while Unibet has Wallace at 18/5 in the same market.

Andre Ayew has come off the boil in recent weeks but still remains the biggest attacking threat for Swansea. The Ghana forward is priced at 43/20 by Unibet in the anytime goalscorer while the first goal is valued at 27/5 by the same firm.

Swansea are without a goal in their last four matches and Sporting Index are offering 41/20 on the Welsh team not to score on Saturday. With that in mind, a clean sheet for Millwall could be worth a punt at 2/1 with bet365.

Millwall have earned a win to nil in their last two matches and a similar outcome is priced at 7/2 by Sporting Index.

This English Championship match between Millwall and Swansea City will be played on Apr 10, 2021 and kick off at 12:30. Check below for our tipsters best Millwall vs Swansea City prediction. You may also visit our dedicated betting previews section for the most up to date previews.