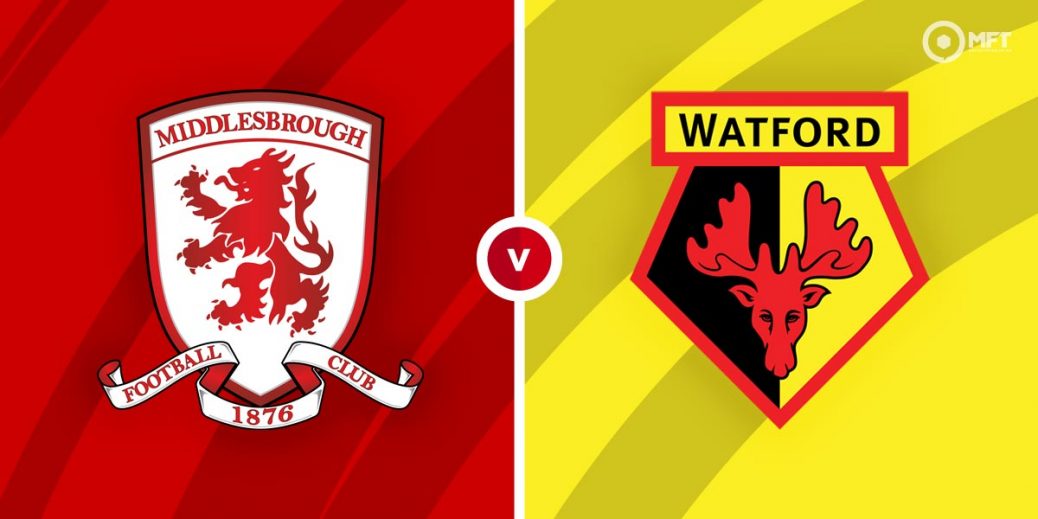 Watford cam tighten their grip on second place as they travel to the Riverside Stadium for an English Championship fixture against Middlesbrough. Boro have looked out of sorts lately and should be no match for the impressive Hornets.

Middlesbrough are coming off a 3-1 defeat at Bournemouth in their last Championship fixture. They fell behind early with Duncan Watmore's second half equaliser proving to be a mere consolation as a string of defensive errors saw them concede two further goals.

It was the second straight Championship defeat for Boro and third in their last five matches. That poor run has dealt a blow to their playoff hopes as they now sit in ninth place, seven points adrift of the top six.

Neil Warnock’s men are just as inconsistent at home where they have claimed three wins in their last eight matches. Among their defeats in that run is a 3-1 loss to relegation threatened Rotherham United while they were also beaten 4-1 by promotion chasing Brentford.

Watford head into Monday’s clash with a 1-0 victory over Sheffield Wednesday last time out in the Championship. They took an early lead when Tommy Lees slid Ismaila Sarr's cross into his own net and were able to hold for the win.

It was the 10th victory in 11 matches for second place Watford, who now hold a nine point lead over Swansea in the race for automatic promotion. No team has taken more points in the Championship than the Hornets’ 45 since manager Xisco Munoz's first game in charge on Boxing Day.

Watford are just as impressive on their travels and have won four of their last five away matches. They have knocked off Rotherham United 4-1 in that run while also claiming a 2-1 victory at playoff hopefuls Cardiff City.

The bookies have installed Watford as the favourites here with bet365 offering 11/8 for an away win. A victory for Middlesbrough is priced at 27/11 by SBK while BetVictor has a draw at odds of 11/5.

With Watford looking nigh-unstoppable in recent weeks, I am leaning towards an away win in this one.

Watford have the upper hand in this fixture with 10 wins from 23 previous matches. Middlesbrough have been victorious six times while there have been seven draws between both teams.

The Hornets have won three of the last four meetings and triumphed 1-0 in the reverse fixture back in September.

Top scorer Duncan Watmore will be the one to watch for Middlesbrough after netting his seventh goal of the season last time out. Unibet has the midfielder at 17/4 to score anytime while striker Brit Assombalonga is also worth keeping an eye on at 33/10 with SBK.

Watford have multiple attacking threats with Ismaila Sarr, Troy Deeney and Joao Pedro all among the goals this season. SBK is offering 3/1 on Sarr to score anytime, Paddy Power has Joao Pedro at 12/5 in the same market while a punt on Troy Deeney is set at odds of 9/5 with Unibet.

Watford have led at the break in four of their last five matches and are good value for a halftime win at 11/5 with Sport Nation. The Hornets also have a knack for scoring early goals and are likely to be leading after 15 minutes at 5/1 with William Hill.

This English Championship match between Middlesbrough and Watford will be played on Apr 5, 2021 and kick off at 12:30. Check below for our tipsters best Middlesbrough vs Watford prediction. You may also visit our dedicated betting previews section for the most up to date previews.