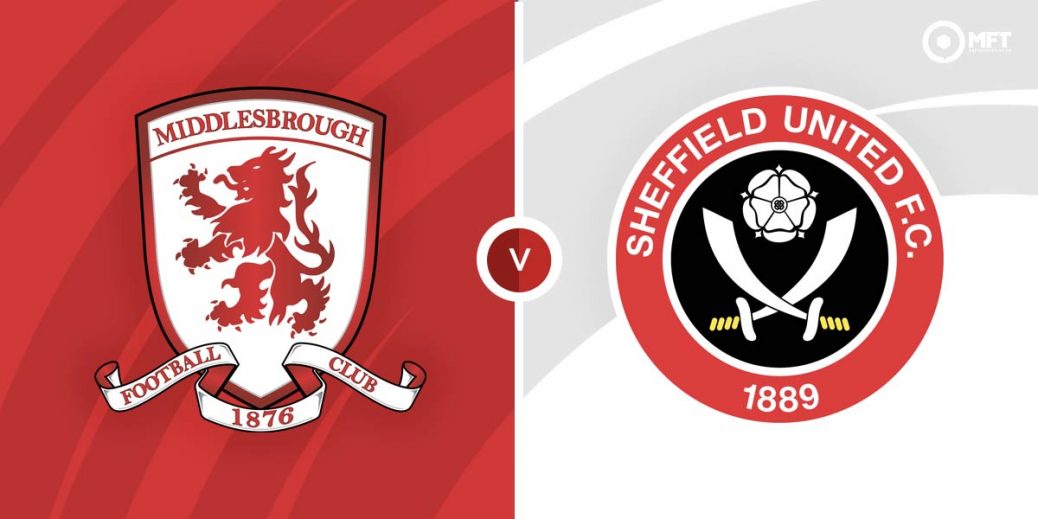 Sheffield United will be aiming to maintain their steady climb up the table as they travel to the Riverside Stadium for a midweek English Championship fixture against Middlesbrough. Boro are looking out of sorts at the moment and Sheffield can take advantage of their form.

Middlesbrough’s miserable start to the season continued last time out as they suffered a 1-0 defeat at Reading. They looked lively and created a number of chances but struggled with their finishing in the final third.

The result meant that Middlesbrough have lost their last two Championship matches. Neil Warnock’s men have only claimed two wins from nine matches this season and are in the bottom half of the table.

Middlesbrough have also struggled at home this season and are winless in their last three matches at the Riverside Stadium. They have suffered two defeats in that run and were beaten 2-1 by Blackpool in their previous home fixture.

Sheffield United were victorious in their previous Championship fixture as they edged out Derby County 1-0. They were made to work hard for the win and needed a late penalty from Billy Sharp to secure all three points.

After enduring a slow start to the season, Sheffield United appear to have turned the corner in recent weeks. Slavisa Jokanovic’s men have claimed three wins in that run and are just five points away from the playoff places.

Sheffield United also have a decent record on their travels this season with just one defeat in their last five away matches. They claimed a 3-1 victory over Hull City in their last outing on the road.

Sheffield United have a slight edge with the bookies at 17/10 for a win with Unibet while a victory for Middlesbrough is valued at 2/1 by Paddy Power. A draw is set at odds of 28/13 by SBK.

Sheffield United have a 34-28 advantage with 16 draws from 78 previous matches against Middlesbrough. The Blades claimed a 1-0 victory in the last meeting between both teams.

Andraz Sporar is set to lead the line for Middlesbrough and could be worth keeping an eye on. The striker has one goal this season and is priced at 11/4 by bet365 to add to his tally on Tuesday.

Billy Sharp will be the one to watch for Sheffield United as he looks to add to his three goals this season. The striker was on target last time out and could be considered in the anytime goalscorer market at 5/2 by betway.

BTTS has been the outcome in three of Sheffield United’s last four matches and a repeat could be on the cards at 11/12 with SBK. There have also been over 3.5 goals three times in that run and a similar outcome is priced at 18/5 with Unibet while over 2.5 goals is valued at 27/20 with Sport Nation.

Sheffield United have opened the scoring in their last four matches and could be tipped to score first at 1/1 with Paddy Power.