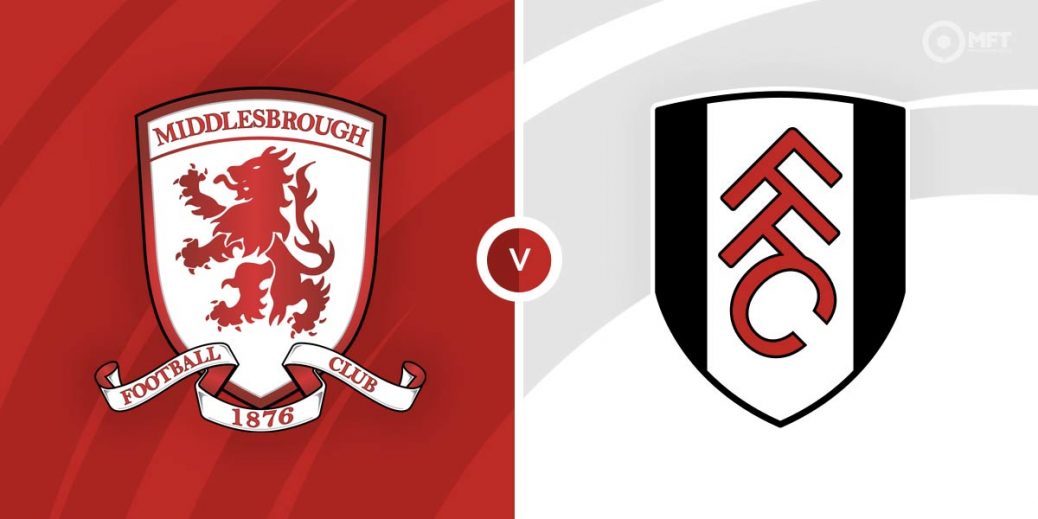 After climbing into the top six, Middlesbrough face a test of their promotion playoff credentials as they welcome Championship leaders Fulham to the Riverside Stadium on Wednesday. Boro have the quality to frustrate the leaders and can hold out for a point in this one.

Middlesbrough have been one of the form teams of the Championship and have slowly played themselves into playoff contention. They have risen to fifth on the table and will be keen to fend off the likes of Nottingham Forest and Sheffield United, who have also been rising fast.

Boro head into Wednesday’s clash off the back of a 4-0 victory over Peterborough United last time out in the Championship. That was their second straight victory following 2-0 win at Birmingham City in their previous fixture.

The Riverside Stadium has been pivotal to Middlesbrough’s resurgence as they have done their best work at home lately. Chris Wilder’s men have won their last eight matches in front of their fans, beating the likes of Bournemouth and Nottingham Forest in that run.

Fulham are also coming off a victory as they eased past QPR 2-0 in their previous Championship fixture. It was a comfortable performance from the leaders as a goal in each half from Aleksandar Mitrovic was enough to earn them the win.

The Cottagers continue to inch ever closer to automatic promotion as they sit 14 points above third placed Huddersfield Town. They have suffered just one defeat in their last seven Championship matches.

That defeat, a 1-0 loss at West Brom, highlights a slight blemish for Fulham on their recent travels. Marco Silva’s men were also held to a 1-1 draw by Barnsley with last Saturday’s victory at QPR ending a run of two matches without a win on the road.

Fulham have the upper hand among the bookies and are priced at 5/4 by bet365 to claim the win. A victory for Middlesbrough is valued at 12/5 by William Hill while a draw is also set at odds of 12/5 by SBK.

Three of the last five matches between Middlesbrough and Fulham have ended in draws with the Cottagers winning the other two fixtures. Both teams battled to a 1-1 scoreline in the reverse fixture back in August.

Middlesbrough often spread their goals across the team but Duncan Watmore could be worth keeping an eye on having scored twice in his last three home matches. Bet365 has the midfielder at 3/1 to score anytime on Wednesday.

As always Fulham will look to top scorer Aleksandar Mitrovic as he aims to continue his record-breaking campaign. The striker now has 37 Championship goals this season and is priced at 11/10 by Unibet to get on the score sheet on Wednesday.

Given the attacking quality on display from Middlesbrough and Fulham, both teams could be backed to score at 17/20 with William Hill. Over 2.5 goals could also be considered at odds of 17/16 with SBK.

A tight and cagey opening is expected on Wednesday so the second half could be tipped as the highest scoring half at 11/10 with Paddy Power.

This English Championship match between Middlesbrough and Fulham will be played on Apr 6, 2022 and kick off at 19:45. Check below for our tipsters best Middlesbrough vs Fulham prediction. You may also visit our dedicated betting previews section for the most up to date previews.