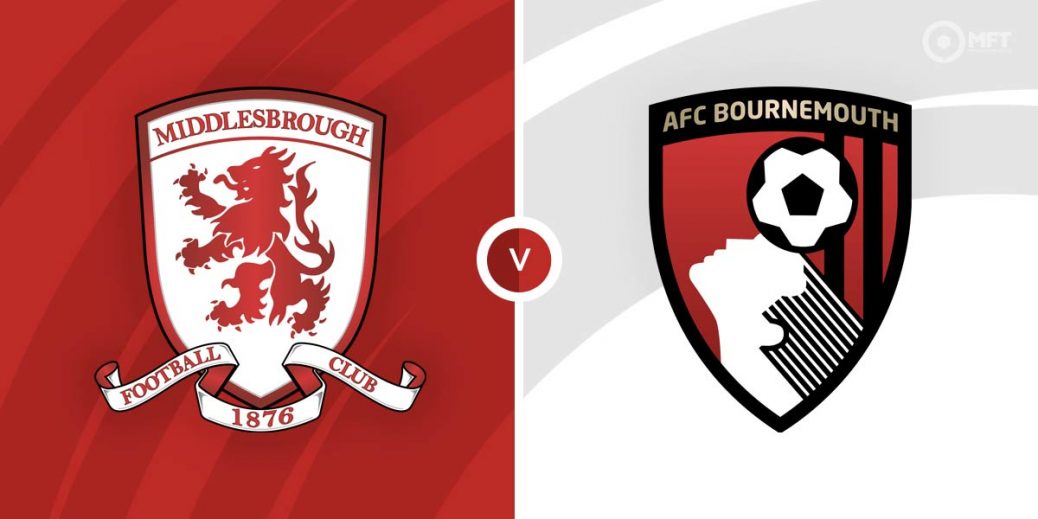 Bournemouth are desperate to snap out of a lengthy winless run as they travel to Middlesbrough for an English Championship fixture on Saturday. Boro have shown some good form lately and can make things difficult for the out of sorts Cherries.

Middlesbrough were held to a 0-0 draw at Stoke City in their previous Championship fixture. It was a game of few chances with Andraz Sporar smashing Boro’s best opportunity over the bar in the second half.

Chris Wilder’s men are still in mid-table but appear to be slowly playing themselves into the playoff conversation. They are just five points off sixth placed Stoke City having suffered just one defeat in their last six Championship matches.

Middlesbrough’s home form has been patchy but they have managed to claim four wins from their last seven matches at Riverside Stadium. Defending remains a problem with just one clean sheet in their last four home matches.

Up until a few weeks ago, Bournemouth were not only looking like promotion certainties, they also appeared to be on course to win the Championship title. However, things have gone downhill in recent weeks and they are currently on a five match winless run.

Bournemouth’s recent struggles mean they have dropped to second on the table, two points behind leaders Fulham. Scott Parker’s men are also on wobbly ground in the race for automatic promotion with the likes of West Brom and Blackburn Rovers breathing down their neck.

A small silver lining for Bournemouth is that their five-match winless run has produced three draws. Two of those draws have come in their last two away matches, including a 1-1 scoreline at leaders Fulham in their previous fixture on the road.

There is little to separate both teams among the bookies with a win for Middlesbrough priced at 17/10 with Coral while a Bournemouth victory is valued at 35/19 by SBK. A draw is set at odds of 23/10 by Quinnbet.

Bournemouth have a 4-1 advantage with four draws from nine previous matches against Middlesbrough. The last meeting between both teams at Riverside Stadium ended in a 1-1 draw.

Middlesbrough have multiple goal threats but Duncan Watmore has impressed lately with two goals in his last three appearances. Unibet has the midfielder at odds of 17/5 to score anytime.

Dominic Solanke remains the top scorer for Bournemouth with 16 goals this season, nine of which have come in his last 10 matches. The striker will be the one to watch on Saturday and is priced at 9/4 by betfair to score anytime.

There has been BTTS in the last three matches between Middlesbrough and Bournemouth, Vbet is offering 7/8 for a similar outcome. The most recent meeting produced over 3.5 goals which is priced at 31/10 by BetVictor while over 2.5 goals is valued at 22/19 with SBK.

Bournemouth were level at the break in their previous away fixture and could be set for a halftime draw on Saturday at 11/10 with Skybet.

This English Championship match between Middlesbrough and Bournemouth will be played on Dec 18, 2021 and kick off at 12:30. Check below for our tipsters best Middlesbrough vs Bournemouth prediction. You may also visit our dedicated betting previews section for the most up to date previews.