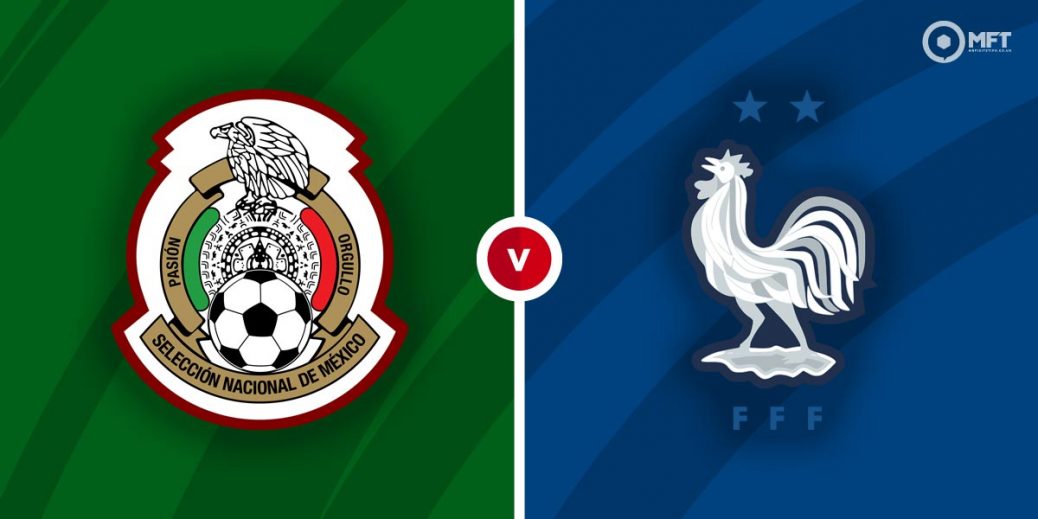 Mexico and France kick off the men's football event at the Tokyo 2020 Olympics with a Group A clash at Ajinomoto Stadium. Both teams have shown some good form heading into the tournament but the French are likely to have the edge given the quality in their team.

Mexico's last taste of action prior to the Olympics was a 3-2 victory over Australia in a friendly back in June. They came from behind twice with efforts from Jesus Angulo and Kevin Alvarez drawing them level before Erick Aguirre struck the winner.

Jaime Lozano's men have been in good form lately and head into Thursday’s Group A opener unbeaten in their last eight matches. However, none of those matches have been against top quality opposition having faced the likes of Canada and Honduras while they were also held 1-1 by Saudi Arabia.

The Mexicans, who won gold in the 2012 games, often adopt a progressive style of play which has seen them score four goals in their last two matches. They remain shaky at the back though, with just one clean sheet in their last four matches while, also conceding three goals in the last two.

France claimed a 2-1 victory over South Korea in their final warm up game before the Olympics. They fought back from a goal down with Randal Kolo Muani getting a late equaliser before Nathanael Mbuku stuck the winner one minute from time.

Manager Sylvain Ripoll was hoping to have the likes Nice's Amine Gouiri and Eduardo Camavinga of Rennes having initially named both men in his squad. However, both clubs refused to release their players and replacements have been named.

Despite the absence of Amine Gouiri and Eduardo Camavinga, the French still boast a solid squad for the Olympics. They will be banking in the experience of captain Pierre Andre Gignac and Florian Thauvin both of whom have featured in World Cups and European Championships.

France are considered favourites among the bookies with bet365 offering 3/4 for a win. A victory for Mexico is valued at 3/1 by the same firm, who are also offering odds of 5/2 for a draw.

The French have players who have previously featured in top level competition and that should give them the upper hand here.

There has been only one previous meeting between both teams at this level with France claiming a 3-1 victory at the Toulon Tournament back in 2016.

Diego Lainez is building a reputation for his performances for Spanish side Real Betis and has scored twice in his last three appearances for Mexico. Fellow midfielder Erick Aguirre was also on target against Australia and both men can help the Mexicans produce over 1.5 goals at 11/4 with bet365.

France will be banking on the experience of Pierre Andre Gignac and Florian Thauvin to get past the Mexicans. Both men can combine to score over 1.5 goals for the French at evens with bet365.

Mexico and France often enjoy an open style of play and are expected to produce goals on Thursday. Over 3.5 goals is priced at 11/4 by bet365, who are also offering 11/10 for over 2.5 goals.

Both teams could be backed to score at evens with bet365 while the French are likely to grab the first goal at 8/15 with the same firm.

This match between Mexico and France will be played on Jul 22, 2021 and kick off at 09:00. Check below for our tipsters best Mexico vs France prediction. You may also visit our dedicated betting previews section for the most up to date previews.