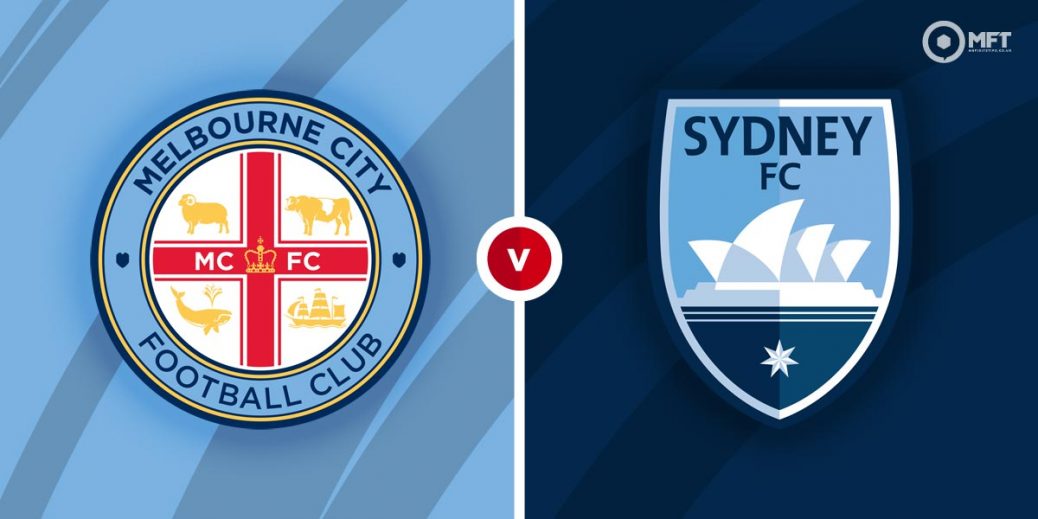 Melbourne City host Sydney FC at the AAMI Park in a repeat of last season’s Grand Final. City are seeking revenge after losing to Sydney in last year’s championship decider and can capitalise on their home advantage against their dangerous visitors.

Melbourne City booked their place in the Grand Final thanks to a 2-0 victory over Macarthur Bulls. Following a frustrating first half, they burst to life after the break with goals from Stefan Colakovski and Marco Tilio sealing the win.

Following a dominant regular season campaign which saw them crowned Premiers, Melbourne City appeared to ease off towards the end of the season. That could however be down to Patrick Kisnorbo’s squad rotation having already secured a playoff berth, as they once again showed their quality in the win over Macarthur.

Melbourne City maintained a solid home record throughout the regular season and head into Saturday’s clash with 10 wins on their last 12 matches at AAMI Park. They often score lots of goals on their own turf with a 4-1 win over Adelaide United and a 7-0 thrashing of Melbourne Victory among their results in that run.

A 2-1 victory over Adelaide United was enough to earn Sydney FC a place in Saturday’s Grand Final. They raced to an early two goal lead through Adam Le Fondre and Bobo and held on despite Adelaide pulling one back.

The Sky Blues have built some momentum in recent weeks and travel to AAMI Park off the back of six straight victories. Despite also winning their last three away matches, their overall record on the road has been patchy with a 3-2 defeat to Western Sydney Wanderers and a 1-0 loss to Adelaide United highlighting their inconsistency away from home.

Goals are not a problem for Steve Corica’s men as they have found the net eight times in their last three matches. However, they remain slightly unconvincing at the back, particularly on the road and have conceded in seven of their last 10 away matches.

Melbourne City have a slight edge among the bookies with Unibet backing the hosts at odds of 7/5. A victory for Adelaide is valued at 37/20 by the same firm while a draw is set at odds of 13/5 by bet365.

City have the advantage of playing on their own turf and given their solid record at AAMI Park this season, I am tempted to lean towards a home win.

Sydney FC have the advantage in this fixture with 15 wins from 35 previous matches. Melbourne City have claimed 10 victories while there have been 10 draws between both teams.

Melbourne City have the edge in recent meetings with two wins and a draw from the last four fixtures. They claimed a 3-2 victory the last time they faced Sydney at AAMI Park.

In the absence of top scorer Jamie McLaren, Stefan Colakovski has stepped up for Melbourne City. The young midfielder has scored in his last two matches and could be worth a punt in the anytime goalscorer market at 10/3 with bet365.

Adam Le Fondre and Bobo were both on target in the semi-final clash against Adelaide and will be the ones to watch for Sydney. Le Fondre is priced at 27/25 to score anytime by Unibet, who are also offering 13/10 on Bobo in the same market.

The last meeting between Melbourne City and Sydney FC produced over 4.5 goals and a similar outcome is priced at 17/4 by Unibet. Over 3.5 goals is valued at 37/20 by the same firm, over 2.5 goals is set at odds of 14/19 with Red Zone while Sport Nation is offering 8/13 on both teams to score.

Both teams often find the net after the break and could be backed to score in the second half at 7/4 with Sport Nation.

This A League match between Melbourne City and Sydney FC will be played on Jun 27, 2021 and kick off at 08:05. Check below for our tipsters best Melbourne City vs Sydney FC prediction. You may also visit our dedicated betting previews section for the most up to date previews.