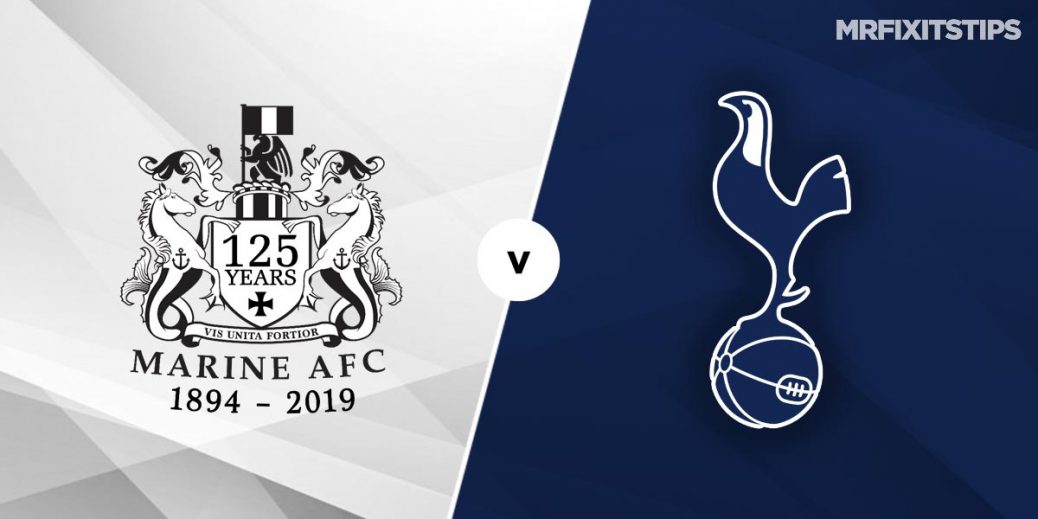 THE FA Cup has lost some of its sparkle but this third-round clash between Marine and Tottenham sums up what makes the tournament so special.

It pits a team from England's eighth tier up against a side who graced the Champions League Final less than two years ago in a classic David v Goliath encounter.

The FA Cup has never seen such a mismatch at this stage of the competition and it's a tragedy that no fans will be there to witness it, with the game being held behind closed doors.

But the club have now sold over 10,000 virtual tickets, helping to raise much-needed funds, and Spurs boss Jose Mourinho has even dipped into his vast pockets to join the raffle.

That charity won't extend to the game, though, with Mourinho promising to field a strong team despite his club's packed fixture list.

Tottenham have already reached the League Cup Final and will view this tournament as another chance to end their 13-year wait for silverware.

Marine have won 12 of their last 13 games in all competitions but you suspect they will need a miracle to avoid defeat here.

It would be one of football's greatest ever shocks if Marine came out on top and they are 50/1 outsiders with BetVictor to win and 40/1 at Bet365 to qualify. The best Spurs price is 1/20 at SBK and they are 1/150 at William Hill to qualify. Even a stalemate at 90 minutes is priced 30/1 at SportingIndex.

Gareth Bale could return for Spurs after a calf injury while Erik Lamela is also in contention but Giovani Lo Celso misses out again and Pierre-Emile Hojberg is a doubt.

Marine could hand a debut to David Lynch after signing the 27-year-old from Clitheroe, where he was also joint manager.

Niall Cummins was the man who booked Marine's ticket for this glamour tie by netting the winner against Havant & Waterlooville in the last round. The forward is 15/2 to grab a famous goal against Tottenham.

Although Mourinho (below) has promised to play a strong team he is still likely to make major changes with fringe players getting a chance to shine. Carlos Vinicius should start up front and is just 4/11 with Paddy Power for anytime scorer. But he's 13/5 with Bet365 to break the deadlock and 9/5 with Paddy Power to score two or more.

It's surely just a case of many Tottenham win by so it's hard to find value as a punter. But William Hill are offering 11/8 on Spurs to be leading after 15 minutes which looks decent and a penalty being awarded pays 13/8 at Bet365.

This FA Cup match between Marine and Tottenham Hotspur will be played on Jan 10, 2021 and kick off at 17:00. Check below for our tipsters best Marine vs Tottenham Hotspur prediction. You may also visit our dedicated betting previews section for the most up to date previews.