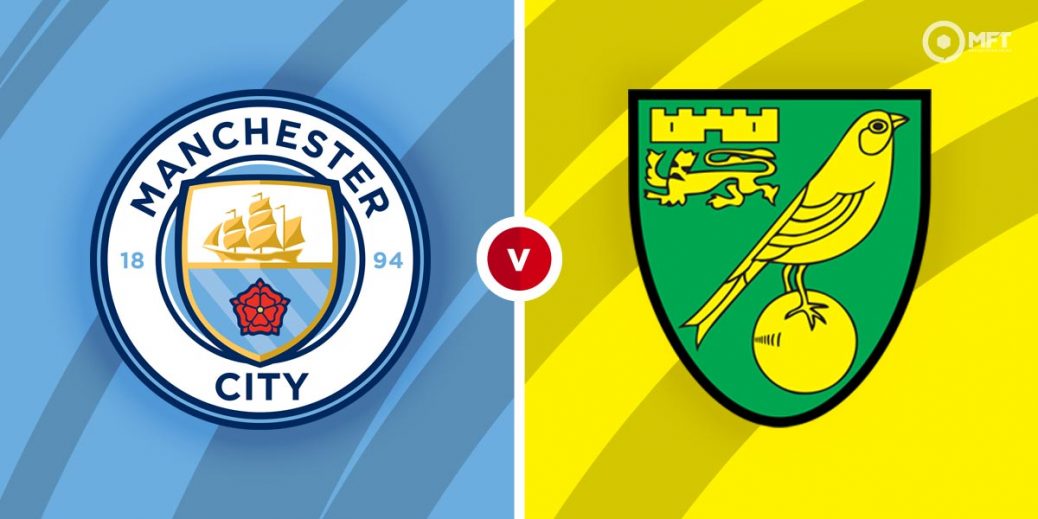 Manchester City are set to make up for their opening weekend defeat when they host Norwich City in an English Premier League clash at the Etihad Stadium. City will be keen to make a statement at home and should be too strong for the newly promoted team.

Manchester City began their title defence with a 1-0 defeat at Tottenham Hotspur. The champions looked out of sorts in North London and lacked their usual cutting edge in attack.

Despite the defeat, Manchester City are still favourites to defend their title and manager Pep Guardiola look at the performance as a bad day at the office. Man City are expected to make changes to the team with Kevin De Bruyne likely to start while Gabriel Jesus should feature in attack as they continue their pursuit of Harry Kane.

Manchester City have an excellent record at the Etihad, where they have won 10 of their last 13 matches. They tend to score plenty of goals and claimed a 5-0 home victory over Everton in their final fixture of last season.

Norwich City struggled in their first match back in the Premier League as they were beaten 3-0 by Liverpool. They attempted to take the game to the Reds but were generally second best throughout the match.

Judging by the match against Liverpool, Norwich appeared to have retained some of their problems from their last campaign in the Premier League. Daniel Farke’s men remain poor defensively and are likely to be punished by Manchester City.

Another problem that plagued Norwich City in their previous topflight campaign was their form on the road and are expected to struggle on Saturday.

Manchester City have been installed as overwhelming favourites by the bookies and are priced at 1/10 by bet365 to claim the win. Norwich City are priced at 29/1 by SBK for an unlikely victory while a draw is set at odds of 11/1 by the same firm.

With Manchester City returning to the Etihad in front of their fans, I am backing them to show their class against Norwich City.

Manchester City have a 29-7 advantage with 18 draws from 54 previous matches against Norwich City. The Citizens earned a 5-0 victory the last time they faced Norwich at the Etihad Stadium with Kevin De Bruyne netting a brace while Gabriel Jesus and Raheem Sterling were also on target.

Striker Teemu Pukki remains the go-to-man for Norwich City, who will be keen for the striker to find his scoring touch. He is priced at 17/4 with betway to score anytime while the first goal is set at odds of 14/1 with bet365.

Manchester City scored five goals the last time they faced Norwich and could be tipped in the -2 handicap market at 19/20 with Sport Nation. They could also be backed to keep a clean sheet at 8/11 with Skybet.

The Citizens are likely to win both halves at evens with Red Zone.

This English Premier League match between Manchester City and Norwich City will be played on Aug 21, 2021 and kick off at 15:00. Check below for our tipsters best Manchester City vs Norwich City prediction. You may also visit our dedicated betting previews section for the most up to date previews.