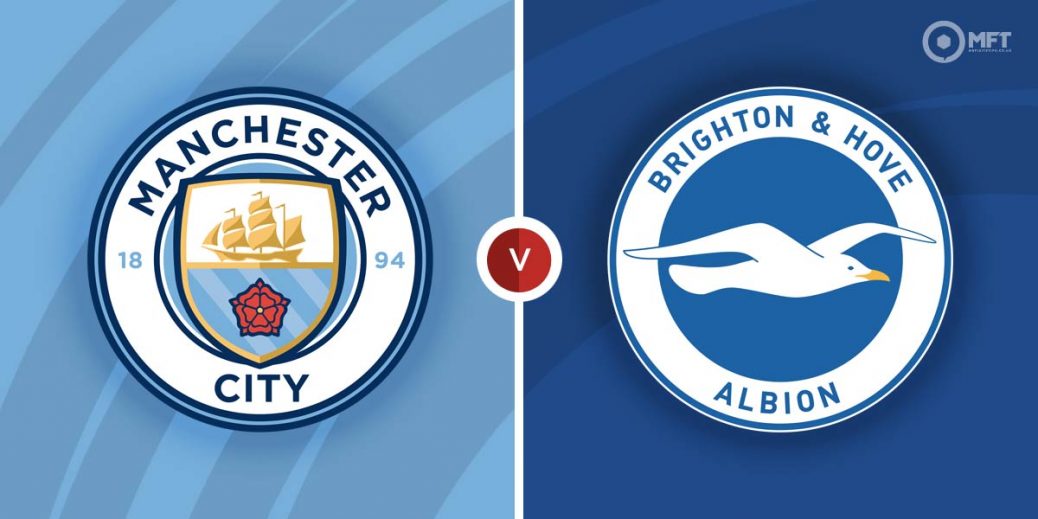 MANCHESTER CITY usually roll out the welcome mat for Brighton and then comfortably beat them, but they are under real pressure to beat Graham Potter's in-form Seagulls on Wednesday.

Pep Guardiola's side look alarmingly like they are beginning to run out of legs as the season reaches a crescendo. They hung on by the skin of their teeth in a gruelling battle at Atletico Madrid in the Champions League.

And they were well beaten by a Liverpool side in the FA Cup semi-final who are of course breathing down their necks in the Premier League.

In normal circumstances, City would relish this. Brighton have lost in nine of their last ten matches against City, who are also undefeated in 20 of the last 21 meetings between the teams.

But odd things can happen at this stage of the season and Manchester City would be thrilled to come away with three points no matter how they get it done.

After a horror spell of six losses in a row, Brighton have really picked up with two outstanding wins at Arsenal and Spurs and will be looking to take their North London form to the Etihad.

Manchester City are always going to be huge favourites here and they are 1/5 with SBK. The Seagulls can be backed at 18/1 with Coral to make it three brilliant away wins in a row and the draw is 6/1 with Paddy Power.

As stated, Cty have an excellent record against Brighton. They went to the Amex Arena and won 4-1 earlier this season thanks to a Phil Foden brace as can be seen below.

City have won the last seven home mettings between the pair.

Jack Grealish scored in the FA Cup semi-final and that should get him another start. The £100 million man is 5/2 with Coral to score anytime.

Leandro Trossard has scored three in his last four games, including in wins at Arsenal and Tottenham. The Belgian is big at 9/1 to score on Wednesday.

City just need to get the job sone and get over the line and they are unlikely to see a stroll to the victory the prices suggest.

With Brighton comfortably in mid-table, the pressure is off and they should make things tough for a City side that daren't afford to slip up.

They should be able to cover a two-goal handicap at 13/10 at Coral.

Manchester City might have to settle for a narrow win here and the 19/20 with Ladbrokes for a home win and under 3.5 goals looks a solid shout.