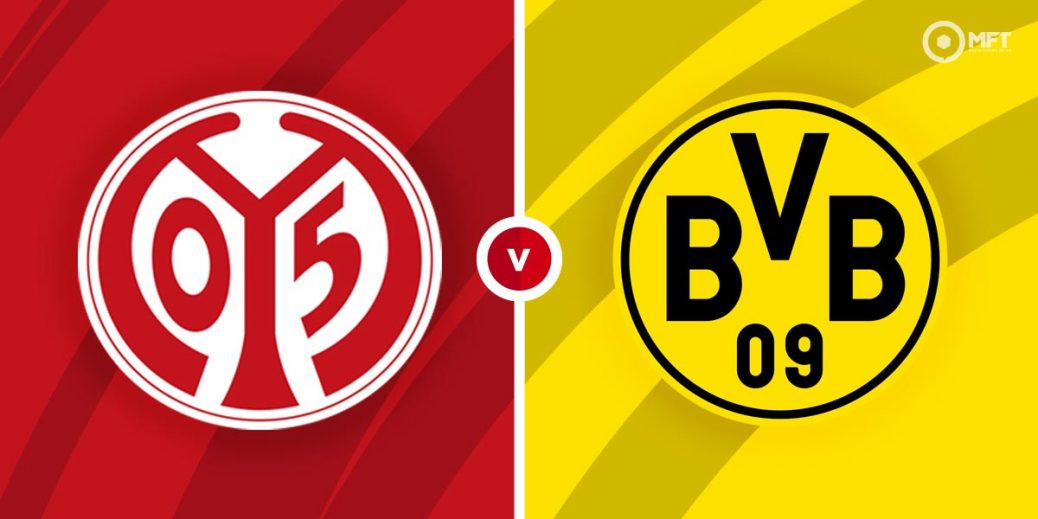 After clinching the DFB Pokal title on Thursday, Dortmund turn their attention to the German Bundesliga top four battle as they travel to the OPEL ARENA for a clash with Mainz. With Erling Haaland back from injury and scoring again, Dortmund should be too strong for the hosts.

Mainz are coming off a 1-1 draw at Eintracht Frankfurt in their previous Bundesliga fixture. They held on to Karim Onisiwo’s early opener for much of the contest before conceding the equaliser five minutes from time.

Bo Svensson’s men have little to play for at the moment as their season appears to be over. They are all but safe from relegation and are unlikely to secure a to 10 finish this term.

Mainz have struggled to find stability all season, particularly at the OPEL ARENA where they have claimed just four wins in their last 16 matches. Among their results in that run is a 1-0 defeat to Augsburg while they were also beaten 2-0 by Wolfsburg.

Dortmund will travel to the OPEL ARENA brimming with confidence after beating RB Leipzig to win the DFB Pokal. A brace each from Jadon Sancho and Erling Haaland was enough to earn them a 4-1 victory.

BVB have been on the rise in recent weeks and are now fourth on the Bundesliga table, one point above Frankfurt in the race for the final UEFA Champions League spot. They appear to be ending the season in fine style as they head into Sunday’s.

clash seeking a sixth straight Bundesliga victory having also knocked off Leipzig 3-2 in their previous Bundesliga fixture.
Edin Terzic’s men have impressed on their travels lately, winning their last two away matches. The goals have also flowed freely in recent weeks, scoring 12 times in their last three matches across all competitions.

The bookies have installed Dortmund as favourites here with an away win priced at 47/100 by novibet. Mainz are outsiders at home at 6/1 with Skybet while SBK is offering odds of 43/10 for a draw.

Dortmund have momentum right now and are expected to roll past Mainz on Sunday.

Dortmund have a 16-6 advantage with eight draws from 30 previous matches against Mainz. The reverse fixture ended 1-1 while Dortmund triumphed 4-0 on their last visit to the OPEL ARENA.

Erling Haaland marked his return from injury with a brace in the DFB Pokal final and will once again be the one to watch for Dortmund. Skybet has the Norwegian striker at 1/2 to score anytime while the first goal is set at odds of 2/1 by Betfred.

Striker Karim Onisiwo will be the one to watch for Mainz following his goal last time out. He is priced at 15/4 by bet365 in the anytime goalscorer market while the first goal is valued at 14/1 by the same firm.

A Dortmund win and over 2.5 goals could be worth a punt at 5/6 with betway while they could also be backed to score 3+ goals at 11/10 with Skybet. Erling Haaland could be a good pick to score two or more goals at 23/10 with BetVictor.

This German Bundesliga match between Mainz and Borussia Dortmund will be played on May 16, 2021 and kick off at 17:00. Check below for our tipsters best Mainz vs Borussia Dortmund prediction. You may also visit our dedicated betting previews section for the most up to date previews.