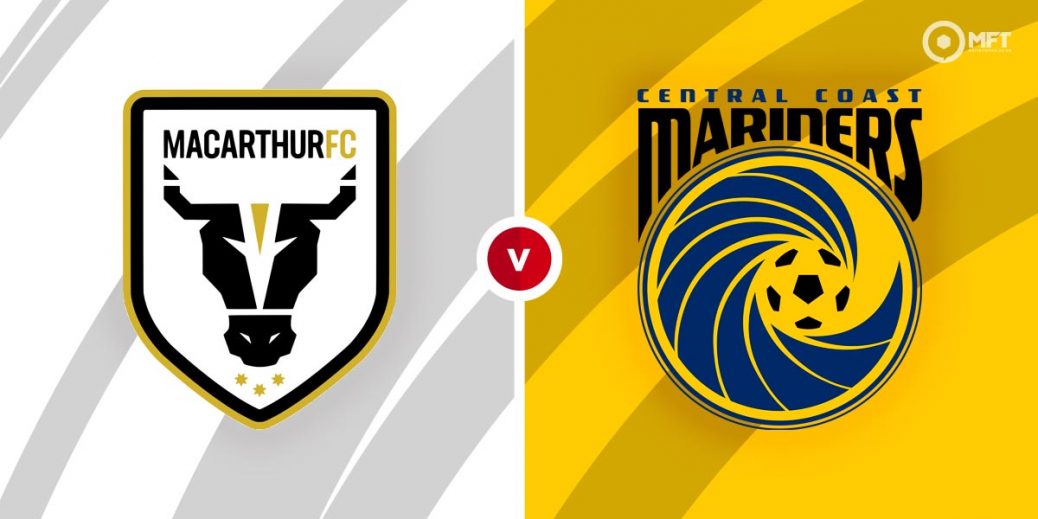 Macarthur Bulls will hope to continue their upward trajectory when they host Central Coast Mariners in an A-League fixture at Campbelltown Stadium. Macarthur have recorded some vital wins in recent weeks and should add an out of sorts Mariners to the list.

Matt Derbyshire was once again the hero as Macarthur earned a 1-1 draw at Perth Glory last time out in the A-League. Derbyshire struck the equaliser on the half hour mark and despite dominating the possession and creating a number of scoring opportunities, they failed to find the winner.

While manager Ante Milicic is likely to be disappointed not to have won, the result still extended Macarthur’s unbeaten run to six matches. They have won two of their last three matches, including a 3-1 triumph over Melbourne Victory in their previous home fixture.

Central Coast Mariners are coming off a 1-0 defeat to Melbourne City in their previous A-League fixture. They struggled to create chances against the league leaders and finished with just one attempt on target.

While the Mariners are still fourth on the table and in the mix for a playoff finish, they have struggled to find their best form in recent weeks. Their place in top six is under threat having claimed just one win from their last eight matches.

Alen Stajcic has seen his men struggle on their travels this season and head to Campbelltown Stadium with just one win from their last seven away matches.

There is little to separate both teams among the bookies but Macarthur Bulls are considered slight favourites at 6/4 with BetVictor. A victory for Central Coast Mariners is valued at 9/5 with Unibet while a draw is set at odds of 13/5 by bet365.
Given Macarthur’s recent momentum, I am tempted to lean towards a home win here.

Central Coast Mariners have never lost to Macarthur Bulls, winning all three of their previous meetings. They triumphed 2-0 in the most recent clash between both teams.

Striker Matt Derbyshire remains the shining light for Macarthur with 14 A-League goals this season. Having also found the net three times in his last two matches, the hosts will be hoping of producing over 1.5 goals at 6/5 with bet365.

Matt Simon is the top scorer for Central Coast Mariners with 10 goals this season, including two in his last four matches. With fellow striker Alou Kuol also contributing seven goals this season and with Macarthur often shaky at the back, the Mariners will be confident of finding the net at 3/10 with Sporting Index.

Macarthur and Central Coast Mariners have quality in attack, so both teams could be backed to score at 13/19 Sport Nation. Over 2.5 goals could also be on the cards at 5/6 with Red Zone while Unibet is offering 41/20 for over 3.5 goals.

Macarthur Bulls could be backed to score in both halves at 12/5 with Sporting Index.