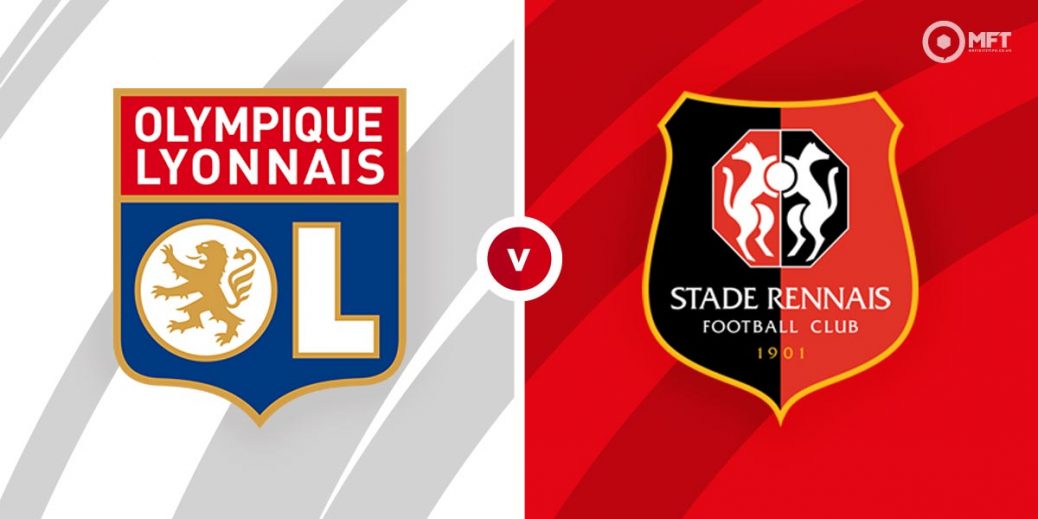 Lyon will be keen to make a swift return to winning ways when they welcome Rennes to the Groupama Stadium for a midweek French Ligue 1 clash. The hosts have stumbled slightly in recent weeks but will be confident of getting the better of a struggling Rennes team.

Les Gones were held to a 1-1 draw at Marseille in their previous Ligue 1 fixture. Karl Toko Ekambi struck the only goal for Lyon, who had Lucas Paqueta sent off in a clash that got heated in the second half.

The draw means Lyon have now been overtaken by PSG in second place and creates an intriguing four-way title challenge with fourth place Monaco looking impressive in recent weeks. Lille are still top of the table with Les Gones three points behind in third.

Rudi Garcia’s men continue to falter as they threw away the lead on Sunday in a performance similar to the one that saw them suffer a 2-1 home defeat to Montpellier a fortnight ago. They will be hoping to recapture the form that has seen them claim six wins in their last eight matches across all competitions.

Rennes are coming off a 2-1 home defeat against Nice last time out in Ligue 1. Martin Terrier's first half equaliser proved futile as they conceded the winner seven minutes after the restart and failed to mount a comeback.

The visitors have seen their quest for a European finish come off the rails in recent weeks having failed to secure a win in their last seven matches. Things look bleak for Julien Stephan’s men as they head to the Groupama Stadium off the back of a four-match losing run.

Their poor form means Rennes have dropped to eighth on the table, although they still have hopes of securing European football with just two points between them and fifth place Metz.

Lyon remain favourites among the bookies with SBK offering 8/13 for a home win. A victory for Rennes is priced at 5/1 by Unibet while a draw is valued at 16/5 by betfair.

With Lyon desperate for a victory and Rennes looking out of sorts lately, I am tempted to lean towards a home win here.

Lyon have 22 wins while Rennes have been victorious 14 times from 53 previous matches. Both teams have battled to 17 draws in their meetings, including a 2-2 draw in the reverse fixture at Roazhon Park.

Striker Karl Toko Ekambi ended a run of three matches without a goal last time out and could be worth a punt in the anytime goalscorer market at 8/5 with bet365. Lyon have multiple attacking threats with Memphis Depay backed at 5/4 by bet365 to score anytime while Vbet is offering 8/5 on Tinotenda Kadewere in the same market.

Martin Terrier’s goal against Nice means the forward may be worth a punt at 10/3 by bet365 to score anytime. Striker Adrien Hunou could also be worth considering in the same market at 11/4 with Vbet.

Les Gones have also scored three or more goals in four of their last seven home matches and a similar outcome is valued at 15/8 by Skybet. A win/goals combination could also provide some value with Betfred offering 13/10 for a Lyon win and over 2.5 goals.

Memphis Depay has scored the opening goal nine times this season and the Dutch forward is backed at 9/2 by bet365 to score first on Wednesday. Bet365 also has Karl Toko Ekambi at 11/2 in the same market.

This French Ligue 1 match between Lyon and Rennes will be played on Mar 3, 2021 and kick off at 18:00. Check below for our tipsters best Lyon vs Rennes prediction. You may also visit our dedicated betting previews section for the most up to date previews.