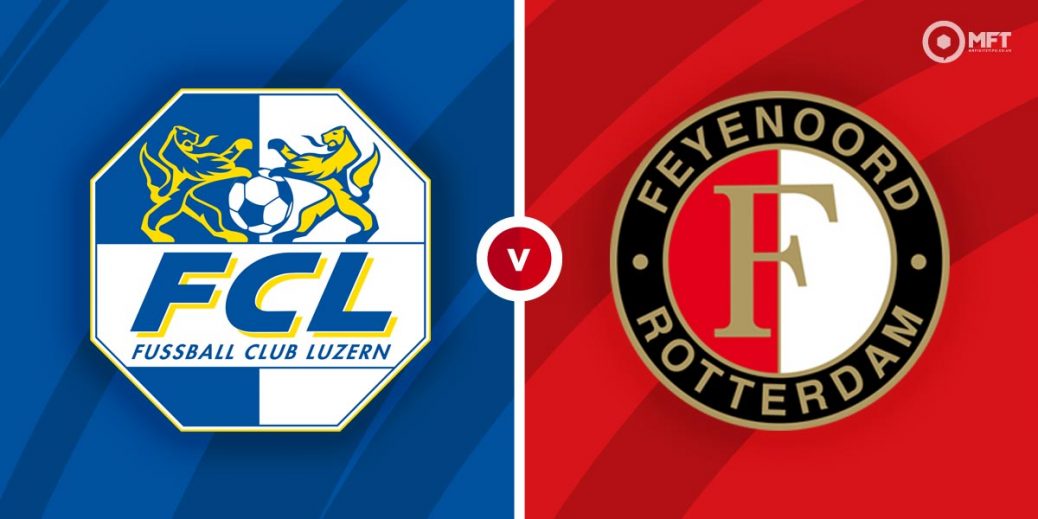 Luzern welcome Feyenoord to Swissporarena for the first leg of their UEFA Europa Conference League third round qualifier. With both teams struggling at the back recently, there could be value in the goals market.

Luzern are coming off a 2-2 draw against St Gallen in a Swiss Super League fixture. They fought back from two goals down with Filip Ugrincic pulling one back eight minutes from time before Varol Tasar struck the equaliser deep into added time.

The Swiss side are making their first appearance in the competition having been given a bye from the previous rounds. They have been plagued by inconsistency in recent weeks with two wins and as many draws from their last five matches.

The problem for Fabio Celestini's men is their inability to maintain their discipline at the back having conceded six goals in their last two matches.

Feyenoord survived a stern test from Drita Gjilan to progress to the third round of the qualifiers. After playing out a 0-0 draw in the first leg in Gibraltar, they came from behind to claim a 3-2 victory at home with Guus Til netting a hat-trick.

Like Luzern, Arne Slot’s men have also struggled defensively in recent weeks with just one clean sheet in their last seven matches. They have conceded five goals in their last three matches across all competitions.

Feyenoord have been installed as favourites by the bookies with a win priced at 5/4 with bet365. A victory for Luzern is valued at 7/4 by the same firm, who is also offering odds of 5/2 for a draw.

Both teams have shown similar form in recent matches and should battle to a draw here.

The only previous meeting between both teams was a friendly in 2018 which Feyenoord won 2-1.

Luzern have multiple attacking threats with midfielders Pascal Schurpf and Varol Tasar and striker Ibrahima Ndiaye, who have all among the goals lately. They have scored over 1.5 goals in their last eight matches and could be backed for a repeat at 6/4 with bet365.

Guys Til's hat-trick in the previous fixture means he could be worth keeping an eye in for Feyenoord. After scoring three goals in their previous fixture, the Dutch team could be backed to produce over 1.5 goals at 6/5 with bet365.

Feyenoord saw over 4.5 goals in their last qualifying fixture and Thursday’s clash could be tipped to follow a similar pattern at 9/2 with bet365. The same firm has over 3.5 goals at 2/1 while also offering odds of 4/5 for over 2.5 goals.

There were goals for both teams in Luzern’s last fixture and a repeat is set at odds of 4/6 by bet365. Both teams found the net after the break in their last fixtures so the second half could be tipped as the highest scoring half at 21/20 with bet365.

This UEFA Europa League Conference match between Luzern and Feyenoord will be played on Aug 5, 2021 and kick off at 19:30. Check below for our tipsters best Luzern vs Feyenoord prediction. You may also visit our dedicated betting previews section for the most up to date previews.