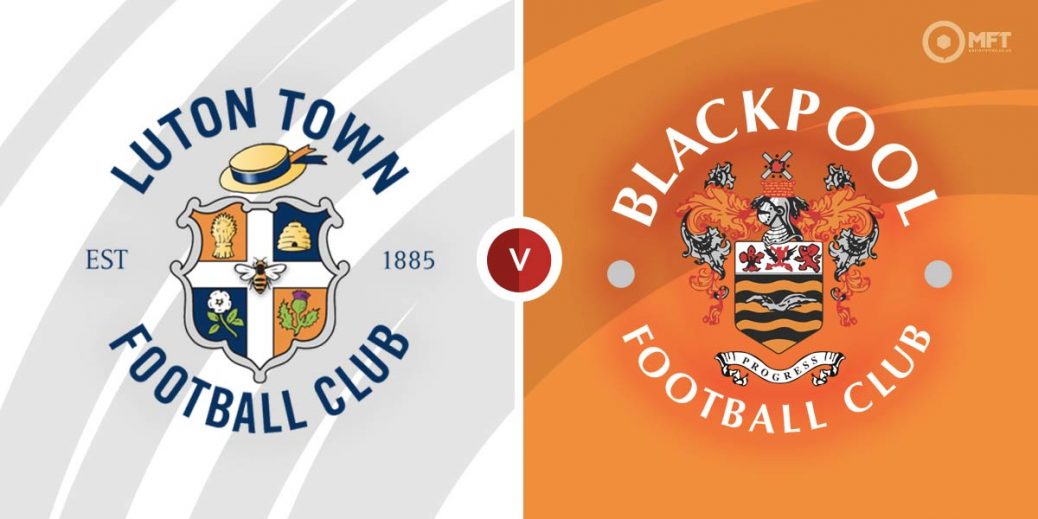 Luton Town continue their push for a promotion playoff finish as they host Blackpool in a Championship fixture on Saturday. Luton have showed some good form in recent weeks and will be confident of picking up the points here.

Luton Town are coming off a 1-0 victory over Cardiff City in their previous Championship fixture. They were made to work hard by the Welsh side with Harry Cornick’s effort midway through the second half proving the difference.

That was the second straight win for Luton Town, who appear to have successfully overcome a difficult spell at the start of April. They are well placed to secure a playoff finish, sitting fourth on the table, six points above Millwall, who are just outside the top six.

Luton Town have also been solid at home in recent weeks with two wins and a draw from their last three matches at Kenilworth Road. Nathan Jones’ men will take plenty of confidence from their previous home fixture as they ended Nottingham Forest’s lengthy unbeaten run with a 1-0 victory.

Sitting 16th on the table with three matches remaining, Blackpool have very little to play for at the moment. They have retained their Championship status for next season but are unlikely to secure a finish in the top half.

Blackpool travel to Luton Town off the back of an impressive 6-1 victory over Birmingham City in their previous fixture. It was a much-needed result for Neil Critchley’s men as it ended a run of five matches without a win.

One problem that still persists for Blackpool is the poor record on their travels where they have claimed just one win from their last 13 matches. They have lost two of the last three matches in that run and were beaten 2-1 by West Brom in their previous fixture on the road.

Luton Town have the upper hand among the bookies with a home win priced at 11/13 by SBK. An unlikely victory for Blackpool is valued at 15/4 by Paddy Power while a draw is set at odds of 11/4 with bet365.

Luton Town have a 14-10 advantage with seven draws from 31 previous matches with Blackpool. The Hatters also claimed a 3-0 victory in the reverse fixture back in December.

Elijah Adebayo is the leading scorer for Luton Town with 16 goals and could be the one to watch on Saturday. The striker was also on target in the reverse fixture and is priced at 8/5 by bet365 to once again get on the score sheet.

Luton Town’s defence has also been pivotal in recent weeks, keeping clean sheets in their last two matches. Reece Burke, Amari’i Bell and Tom Lockyer have formed a solid unit at the back and can lead the Hatters to another clean sheet at 7/5 with BoyleSports.

Luton Town are expected to have the edge here and given their recent defensive record, a win to nil could be on the cards at 21/10 by Unibet. The Hatters also showed their attacking quality with the 3-0 victory in the reverse fixture which means a -1 handicap can be considered at 23/10 with BetVictor.

Luton Town scored in both halves in the reverse fixture and could be set for a repeat on Saturday at 9/4 with bet365.

This English Championship match between Luton Town and Blackpool will be played on Apr 23, 2022 and kick off at 12:30. Check below for our tipsters best Luton Town vs Blackpool prediction. You may also visit our dedicated betting previews section for the most up to date previews.