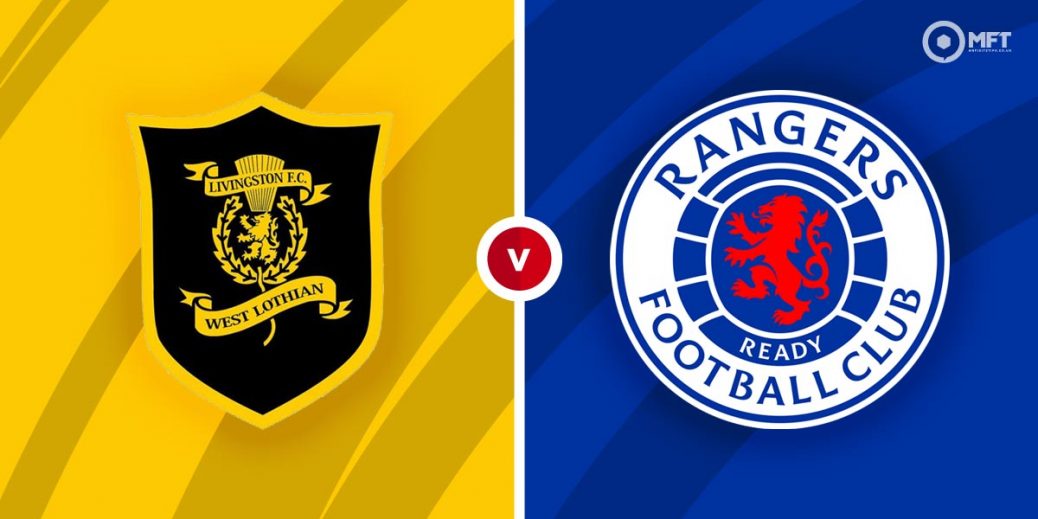 RANGERS stand just seven points from SPFL Premiership title glory and it would be a big surprise if three of them didn't arrive from this clash with Livingston.

A trip to the Tony Macaroni Arena's plastic pitch usually fills the Old Firm full of dread but Gers will be facing a Lions side wounded by Sunday's loss to St Johnstone in the Betfred Cup Final.

I fancied Saints to edge that Hampden showpiece, with both of my main tips landing on a decent weekend of punting for me on the Scottish scene.

The defeat will have hurt Livi and facing Rangers just three days on is a tough task after a final that was both physically and emotionally draining.

Steven Gerrard's side have had almost a week to recharge the batteries since their impressive Europa League win over Antwerp, a game where our man Slips Tips found another winner.

Rangers remain unbeaten in the Premiership this term and should collect another victory here en route to a coronation in the next couple of weeks.

Livingston are as big as 11/1 with SBK for a victory while Rangers' best price is 2/5 with Novibet and the draw pays 375/100 with TonyBet.

Rangers are unbeaten in their last eight games against Livingston, winning seven. But they were held to a 0-0 draw on their last visit to the Tony Macaroni earlier this season (below) and went four games without a win there between 2015-2018.

Alfredo Morelos has netted in his last two games for Rangers and looked back to his best in the Euro win over Antwerp. The Colombian is evens with TonyBet for anytime scorer which looks decent value and 93/20 to net two or more.

I'd expect Livingston boss David Martindale to freshen things up after the cup final so Jay-Emmanuel Thomas could start up front. The former Arsenal striker is 11/2 with Paddy Power for anytime scorer.

Rangers have been looking a bit more vulnerable at the back recently, conceding in four of their last five games. Both teams to score is at a best 13/10 with SportNation here but that's not great value given Livi have drawn blanks in their last five games against Gers.

The last five meetings have all seen under 2.5 goals but I think that could change here with Livingston's morale low after Hampden heartache. Over 2.5 strikes pays a best 7/8 at SBK and 5/6 with McBookie, which is decent for accumulators.

Livingston stopper John Guthrie has collected two yellow cards in clashes against Gers so it could pay to back him to be carded here at 13/5 with Bet365.

This Scottish Premiership match between Livingston and Rangers will be played on Mar 3, 2021 and kick off at 18:00. Check below for our tipsters best Livingston vs Rangers prediction. You may also visit our dedicated betting previews section for the most up to date previews.