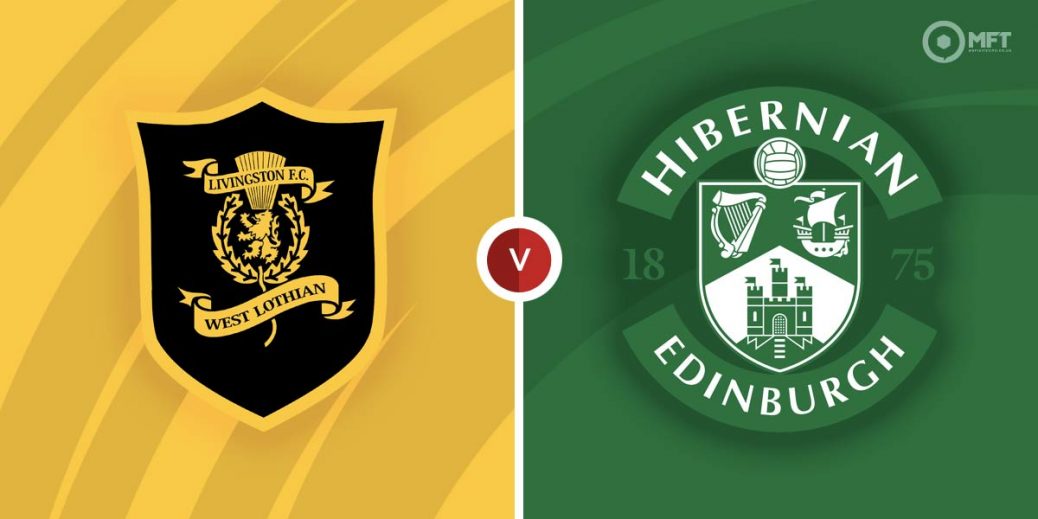 Hibs were held by Motherwell on Saturday in a match they quite easily could have lost after the visitors missed plenty of chances.

And Livingston were made to regret taking the lead when they were considerably better than Hearts in the first half on Sunday and got caught by a sucker punch by the Tynecastle side who also had keeper Craig Gordon to thank, as per usual.

So it's hard to have a huge amount of confidence with either team, although at least Hibs have proved they have got it in them after their superb recent 3-1 Hampden win against Rangers in the League Cup semi-final.

And while the Tony Macaroni Arena used to be a fortress and the most hated venue in Scotland, Livingston have been horrific at home this season. They've won just one home game this term in the league and astonishingly, that was against Celtic in September.

Hibs meanwhile, have won only once in their last eight league games.

Hibs were top of the league when the sides met earlier this season as can be seen below, although it was in August. Last season, Hibs got a win and a draw at the Tony Macaroni Arena.

Livingston don't score a lot of goals, but their main man is Bruce Anderson, with the striker scoring against Rangers last week. He's 21/10 to score with Paddy Power.

Martin Boyle is Hibs' talisman. When he plays, Hibs play and he's their main threat this season. He's on 16 goals for the season for club and country in 26 games and is 12/5 with Paddy Power to score.

Hibs have now failed to keep a clean sheet in their last nine games in all competitions and they seem to be finding it hard to defend at the moment. Livingston will have a real go from the off here – try bet365's 11/8 on the hosts to net in the first half.

That said, Livingston seem to have lost the advantage they used to have playing teams on their artificial surface and the obvious conclusion here is the draw.

Hibs' game against Motherwell could easily have ended up a very high scoring game as there were chances at both ends. At a venue not usually known for goals, take a chance on over 2.5 goals at 5/4 with McBookie.com.

This Scottish Premiership match between Livingston and Hibernian will be played on Dec 8, 2021 and kick off at 19:45. Check below for our tipsters best Livingston vs Hibernian prediction. You may also visit our dedicated betting previews section for the most up to date previews.