Livingston vs Heart of Midlothian Prediction and Betting Tips 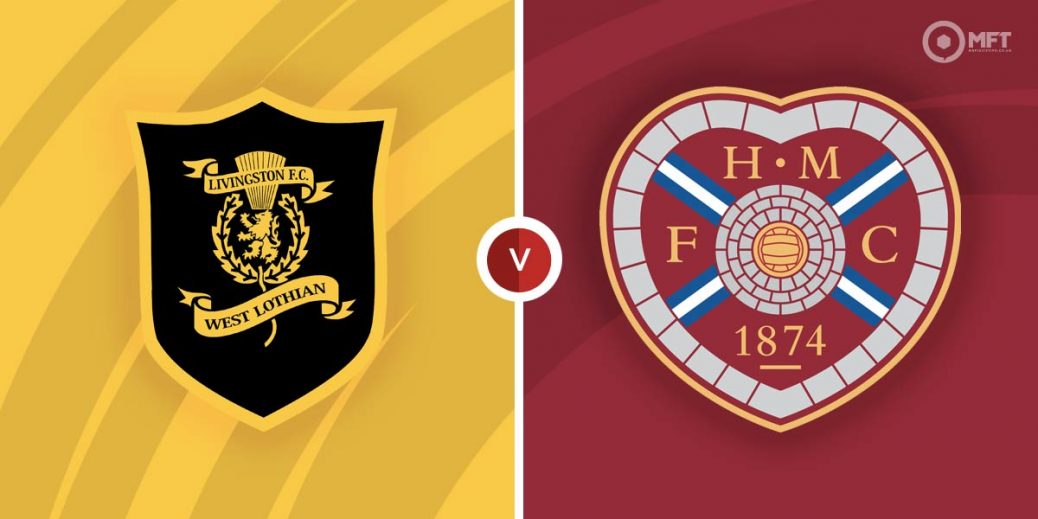 Livingston vs Heart of Midlothian

HEARTS will be looking to bounce back from a dose of Parkhead pain when they make the short trip to West Lothian for another tough Premiership away day against Livingston.

The Jambos came close to nicking a point against Celtic on Thursday and boss Robbie Neilson was raging about decisions that went against his side in that 1-0 defeat.

Slips Tips would also have been upset with ref Bobby Madden after basing both his recommended bets around cards, with the whistler flashing just one yellow all night.

The defeat left Hearts five points behind second-placed Celtic having played a game more and Neilson's side will now be looking over their shoulder rather than targeting the Old Firm.

Livingston isn't the easiest of places to get back on track though, especially with the Lions desperate for points as they bid to move clear of the drop zone.

Having gone five games unbeaten, David Martindale's men have now lost two in a row and headed into the weekend just two points clear of bottom side Ross County.

So it's imperative the Lions avoid another loss when the Jambos come calling in the first of a double-header against the capital clubs at the Tony Macaroni Arena.

Hearts are the favourites at a best 11/10 with William Hill while Livingston are 16/5 shots at VBet. It wouldn't be too much of a surprise if this game ended level and that pays 13/5 at Bet365.

Hearts are unbeaten in their last five games against Livi but the Tony Macaroni still makes many a Jambo queasy after their embarrassing 5-0 loss there in 2018. Three of the last four meetings have ended level, including a 0-0 stalemate in West Lothian last season. But Hearts won 3-0 when these sides faced off at Tynecastle earlier this season (below).

Bruce Anderson has been a decent signing by Livi and the striker ruined my tip of a Rangers clean sheet when he scored in a 3-1 loss last weekend. The former Aberdeen kid is 2/1 for anytime scorer here with McBookie.

Set-pieces will be crucial on Livi's plastic pitch and it could pay to back a Hearts stopper to score at a corner or free-kick. Craig Halkett is 17/2 at Paddy Power to net against his former club.

The goals haven't been flowing in this fixture of late, with both teams to score landing in just one of the last eight meetings. That makes betting against it a wise choice here at 13/15 with SBK.

Under 2.5 goals is pretty skinny at 5/7 with SBK but the half-time draw is better at evens with the same firm.

Livingston have picked up the most cards in their last five games with Hearts and that makes betting on a repeat a decent option, although I've yet to see odds on that. It might be wiser backing one of their players to fall foul of the ref and Jason Holt is 6/4 at McBookie for a fifth card this term.

This promises to be a tight match and a one-goal winning margin for either side stands a chance at 13/10 with McBookie.