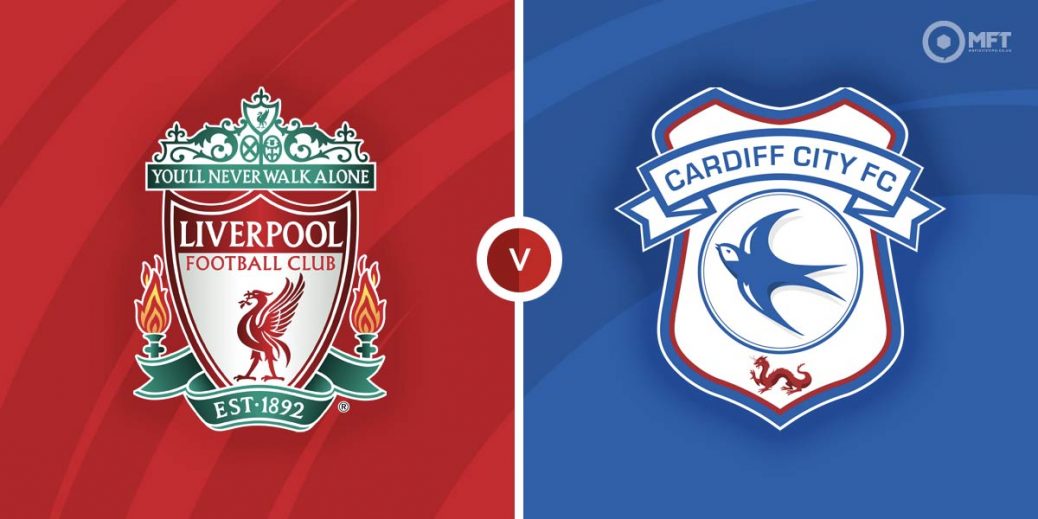 LIVERPOOL welcome Cardiff City to Anfield for Sunday's FA Cup tie and although Jurgen Klopp will still be operating with a weaker squad, it hasn't appeared to have made much difference to them.

Klopp splashed out the best part of £50 million to land exciting Colombian star Luis Diaz in the transfer window and although he is likely to be available for the tie once his work permit is processed, it's very unlikely he will be rushed into action, especially with a game on Thursday against Leicester City to come.

But although star forwards Sadio Mane and Mohamed Salah are still away on Africa Cup of Nations duty, they could be able to call upon classy midfielder Thiago Alcantara again after injury and Harvey Elliott could also return after a broken ankle.

Cardiff City have been in fine form themselves and produced a real upset against in-form Nottingham Forest last weekend before following that up with a gutsy 1-0 win at Barnsley in midweek, with saw tunnel clashes after the game with boss Steve Morison at the heart of it.

There will be 6,920 Welsh fans on Merseyside and that should add to the atmosphere in what could be a lively encounter.

Liverpool are predictably huge favourites at 2/13 with SBK. Cardiff City are a huge 25/1 with Coral to cause an enormous upset and the draw is 7/1 with BetVictor.

The clubs last met when Cardiff City were in the top flight three years ago and Liverpool cruised to a 4-1 win at Anfield as can be seen below.

Fabinho scored a double in Liverpool's 4-1 win over Shrewsbury Town in the last round and is also on the spot kicks. There could be a real spot of value in the 8/1 price then offered by Unibet for him to score anytime.

Former Hearts striker Uche Ikpeazu made an impressive debut after his loan move from Middlesbrough when he came off the bench to score at Barnsley and that could earn him a start. He's 69/10 to score anytime with VBet.

Jurgen Klopp played a mix of experience and youth in the last round against Shrewsbury and they went a goal down before springing to life.

With the games coming thick and fast he could do the same again with some big guns on the bench if needed. They should win of course, but Cardiff will have a go in front of their passionate support and may well score, which they have managed in eight out of their last ten games.

Liverpool are 12/5 to win with both teams to score and that could happen again.

With the hosts so short, the Welsh side could also cover a fairly generous two goal handicap with Coral at 33/20.

This FA Cup match between Liverpool and Cardiff City will be played on Feb 6, 2022 and kick off at 12:00. Check below for our tipsters best Liverpool vs Cardiff City prediction. You may also visit our dedicated betting previews section for the most up to date previews.