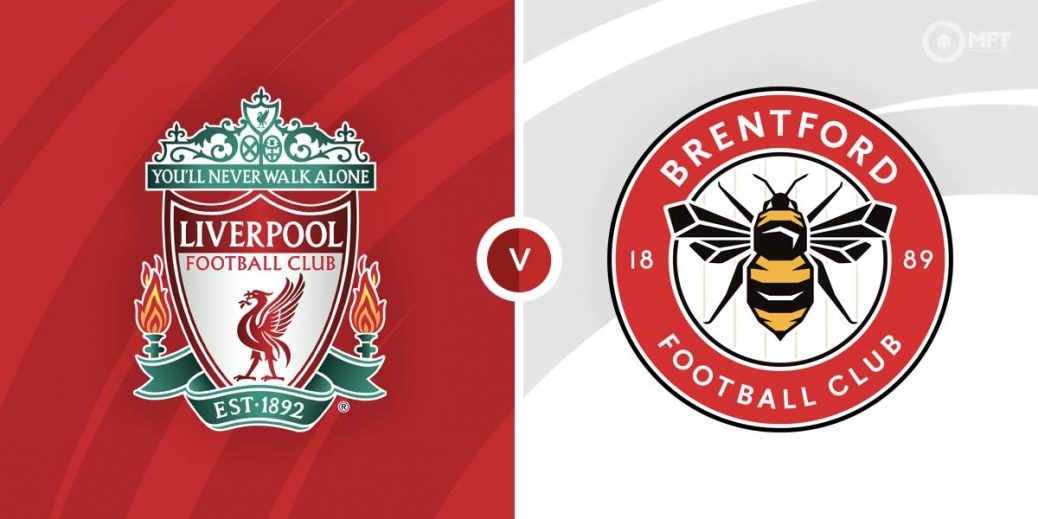 A DEPLETED Liverpool team welcome Brentford to Anfield as Jurgen Klopp's side attempt to cling onto the wheels of the Manchester City juggernaut.

Mohamed Salah, Naby Keita and Sadio Mane will all still be missing for Liverpool with the trio on African Cup of Nations duty. The hosts also had to do without them on Thursday night's Carabao Cup first leg against Arsenal and boy did it show, with the hosts crying out for creativity and a finisher against the ten-man Gunners.

Brentford made a fantastic start to their first season in English football's top flight in several decades, but they have struggled recently especially away from London.

They suffered a demoralising defeat at the hands of Southampton in midweek and that 4-1 loss was their third defeat in their last four Premier League games.

They've not won away from home since October in a fantastic victory at West Ham, but to be fair, their defeat at St Mary's was by far their biggest loss of the season. They rarely get thrashed.

For Liverpool, who are 11 points behind Manchester City albeit with a game in hand, anything less than a win is unthinkable.

Liverpool are long odds-on with Coral's 1/3 the best price on the go at the time of writing. The Bees can be backed with SBK at a top-priced 21/2 and the draw is 24/5

Brentford held Liverpool to a thoroughly entertaining 3-3 draw at the start of the season where Mo Salah netted his 100th Liverpool goal as can be seen below.

Brentford were crushed 4-0 on their last visit to Anfield in an FA Cup defeat in 1989. Their last win at Anfield came two years before the Second World War broke out.

Roberto Firmino will get his chance again with Liverpool missing their star men. He netted against Shrewsbury Town in the FA Cup and is 8/5 with bet365 to grab his eighth goal of the season.

French playmaker Bryan Mbeumo has also got seven goals for the season for Brentford and scored a hat-trick against Port Vale in the FA Cup tie. He's 27/5 to score on Merseyside with Unibet.

Apart from this week. Brentford are usually very well organised and have held their own against all of the big teams so far. They should be able to cover a two goal handicap against a Liverpool side missing some big guns – which was a huge loss on the evidence of the Arsenal game – at 10/11 with Boylesports.

It wouldn't be a surprise to see a nervy afternoon and the hosts could maybe edge it just and no more. Trry the Liverpool to win by one goal market at 14/5 on Unibet.

This English Premier League match between Liverpool and Brentford will be played on Jan 16, 2022 and kick off at 14:00. Check below for our tipsters best Liverpool vs Brentford prediction. You may also visit our dedicated betting previews section for the most up to date previews.