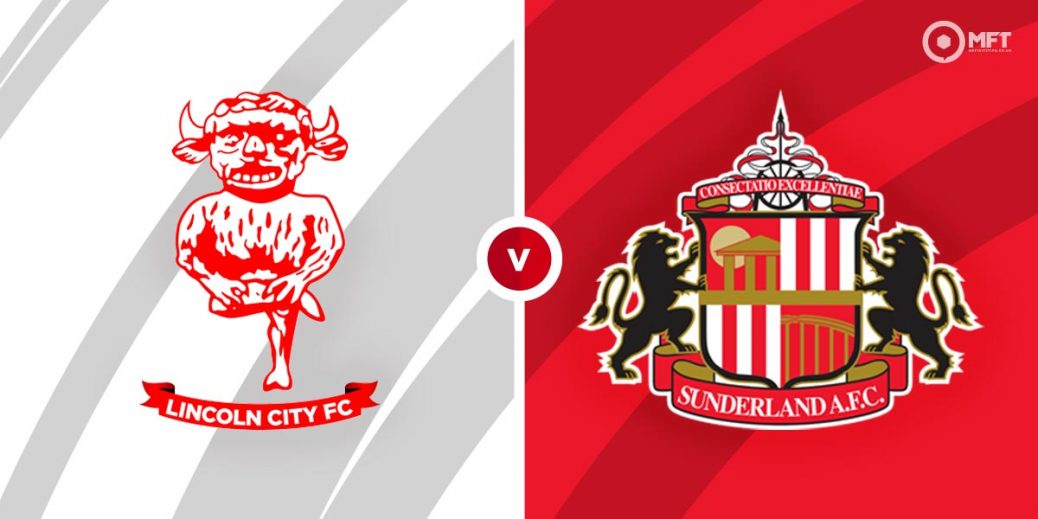 Lincoln City host Sunderland in the first leg of their English League One playoff semi-finals at LNER Stadium. Neither team ended the season on the best note but Sunderland have a decent record on the road and can earn a draw on Wednesday.

Lincoln City were held to a 0-0 draw by Wimbledon in their final regular season fixture. Brennan Johnson missed their two best chances in a largely uneventful encounter.

The Imps only just made the playoffs as they ended the season with just one win from their final five fixtures. They finished fifth on the table, three points above Charlton Athletic, who were just outside the top six.

Lincoln City are also unconvincing at home with one win from their last six matches at LNER Stadium. Michael Appleton’s men have conceded six goals in their last three matches.

Sunderland made the playoffs after finishing fourth on the table, level on 77 points with Lincoln City. They came from behind to earn a 1-1 draw against Northampton Town in their final regular season fixture with Carl Winchester getting the equaliser.

Like Lincoln, Sunderland did not have the best end to the regular season with just one win from their final five fixtures, although three of those matches ended in draws. They have also struggled defensively and are without a clean sheet in their last 10 matches.

One positive for manager Lee Johnson is his team’s form on the road as they are unbeaten in eight of their last nine away matches. Among their results in that run is a 2-2 draw against League One winners Hull City.

Sunderland have been given a slight edge by the bookies with an away win priced at 30/17 by SBK. A victory for Lincoln City is valued at 2/1 by the same firm while Unibet is offering 11/5 for a draw.

Both teams appear evenly matched heading into Wednesday’s first leg and look set to battle to a draw.

Sunderland have a 2-1 advantage with two draws from five previous matches against Lincoln City. The Black Cats won on penalties in the EFL Trophy earlier in the season after a 1-1 draw in normal time while both teams also drew 1-1 in their most recent meeting.

Much of Lincoln City’s goals during the regular season came from midfield with Brennan Johnson and Jorge Grant scoring 10 and 13 goals respectively. Unibet has Johnson at 3/1 to score anytime while Grant is priced at 7/2 by Paddy Power in the same market.

Charlie Wyke was one of the stars of the regular season for Sunderland, scoring 25 goals. The striker is priced at 21/10 by Unibet in the anytime goalscorer market with the same firm offering odds of 21/4 for the first goal.

Lincoln City and Sunderland have struggled defensively in recent weeks and should produce goals in this one. Betfair is offering 21/20 on both teams to score, over 2.5 goals is valued at 11/8 by BetVictor, who also have over 3.5 goals at odds of 15/4.

There are also likely to be goals in both halves at 11/10 with Sporting Index.

This English League One match between Lincoln City and Sunderland will be played on May 19, 2021 and kick off at 18:00. Check below for our tipsters best Lincoln City vs Sunderland prediction. You may also visit our dedicated betting previews section for the most up to date previews.