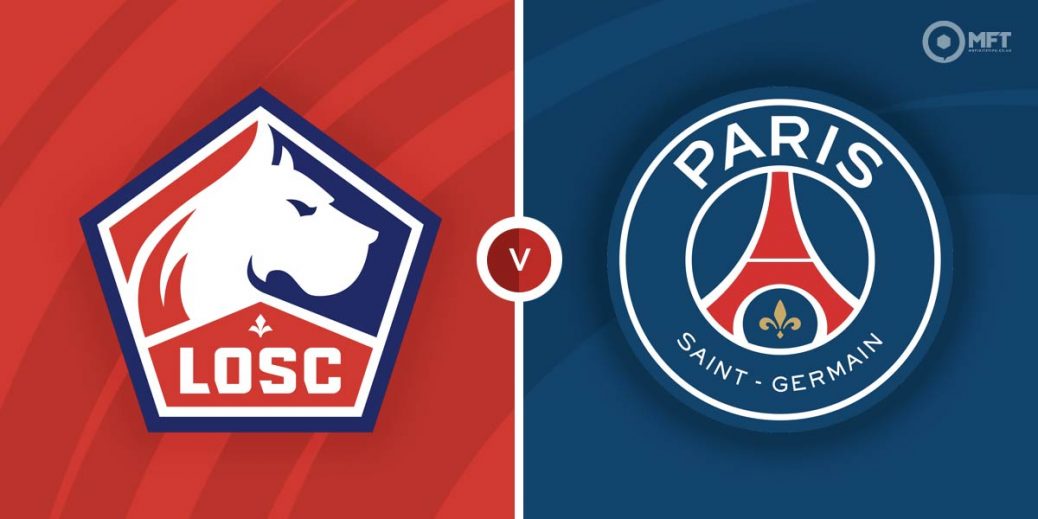 It is the battle of the most recent Ligue 1 champions as Lille welcome PSG to the Stade Pierre-Mauroy.
It has been an abysmal title defence for Lille, who are currently in the bottom half of the table. The champions are nowhere close to retaining the trophy and sit a whopping 19 points behind PSG at the top of the table.

Lille were not in Coupe de France action last week having already crashed out of the competition in the previous round. Jocelyn Gourvennec’s men suffered a 2-0 defeat at Brest in their last Ligue 1 fixture prior to the international break.

One bit of solace for Lille in a disappointing campaign is a decent home record having gone unbeaten in their last nine matches at the Stade Pierre-Mauroy. They claimed a 3-1 victory over Lorient last time out but have drawn four of their last six matches on their own turf.

PSG travel to Lille off the back of a 4-0 victory over Reims in their previous Ligue 1 fixture. Marco Verratti netted a brace while Sergio Ramos and Danilo Pereira were also on target.

The Parisians are setting the pace in Ligue 1 but it has been far from a typical dominant campaign. They are still attempting to get the best out of Lionel Messi who was in action as they lost to Nice on penalties in the Coupe de France on Monday.

Although they are unbeaten in their last six away matches in the league, the result against Nice is typical of their recent performances. Mauricio Pochettino’s men have drawn their last three matches on the road and were held 1-1 by Lyon in their previous away fixture.

PSG have the upper hand among the bookies at 10/11 with MansionBet while a victory for Lille is valued at 16/5 by BetVictor. A draw is set at odds of 14/5 by SBK.

There has been little to separate Lille and PSG lately with both teams claiming two wins each and a draw from the last five matches. The Parisians earned a 2-1 victory in the reverse fixture back in October.

Jonathan David is the top scorer for Lille this season with 12 Ligue 1 goals and will be the one to watch on Sunday. The Canadian striker was on target in the reverse fixture and is priced at 12/5 by Betfred to find the net.

Lionel Messi is still finding his feet in the French capital and with Neymar currently out injured, Kylian Mbappe remains the one to watch for PSG. The French forward has 10 Ligue 1 goals this season and is priced at 6/5 with Skybet to get on the score sheet.

Lille and PSG have plenty of quality in attack but also share similar weaknesses at the back which means both teams could be backed to score at 5/7 with Vbet. They appear evenly matched at the moment and could be set for a halftime draw at 17/13 with Vbet.

A closely fought opening half could be on the cards on Sunday which means the second half is likely to be the highest scoring half at 11/10 with Paddy Power.

This French Ligue 1 match between Lille and PSG will be played on Feb 6, 2022 and kick off at 19:45. Check below for our tipsters best Lille vs PSG prediction. You may also visit our dedicated betting previews section for the most up to date previews.