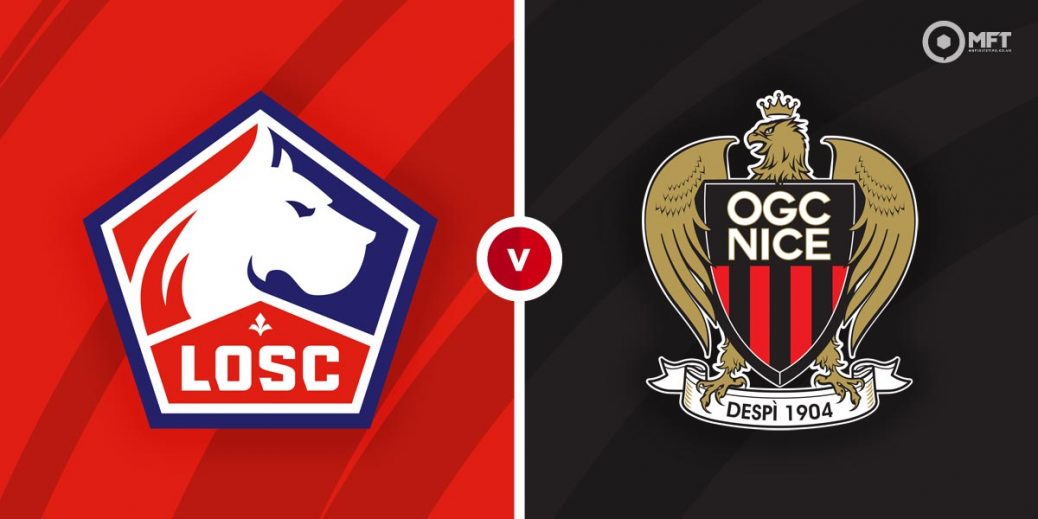 Lille are looking to maintain their lead at the top of the French Ligue 1 table as they welcome Nice to the Stade Pierre Mauroy. They have surprisingly struggled at home in recent weeks and could face some problems from a tricky Nice side.

A brace from Burak Yilmaz helped Lille secure a come from behind victory over Lyon in their previous Ligue 1 fixture. Jonathan David was also on target as they fought back from two goals down to earn the win.

Lille are still holding to top spot in Ligue 1 as they sit one point above champions PSG. They have their title destiny in their own hands and will dethrone the Parisians with victory in their remaining four matches.

The problem for Christophe Galtier’s me is a poor home record in recent weeks that has seen them pick up just one win from their last five matches. They have kept just one clean sheet in that run and were held to a 1-1 draw by Montpellier in their last home fixture.

Nice are also coming off a victory after overcoming an early setback to triumph 3-1 against Montpellier. After going behind early in the contest, Hichem Boudaoui drew them level while Jeanclair Todibo and Alexis Claude Maurice added further goals.

The team managed by Adrian Ursea has impressed in recent weeks, suffering just two defeats in their last nine matches. Among their results in that run is a 3-0 victory over Marseille.

Nice have also looked solid on their recent travels having gone unbeaten in three of their last four away matches.

Lille are favourites among the bookies and are priced at 47/100 by novibet to win. A victory for Nice is valued at 8/1 by SBK while a draw is set at odds of 15/4 by betway.

Given Lille’s recent struggles at home, I fancy Nice to earn a draw at the Stade Pierre Mauroy.

Nice have the upper hand in this fixture with 17 wins from 50 previous matches. Lille have claimed 14 victories while both teams have battled to 19 draws.

Both teams have drawn their last two meetings, including the reverse fixture which ended 1-1.

Turkish striker Burak Yilmaz has found his scoring touch in recent weeks, netting three goals in as many Ligue 1 matches. He is priced at 11/10 by BetVictor to score anytime while the first goal is valued at 10/3 by BoyleSport.

Amine Gouiri remains the topscorer for Nice this season with 12 goals. The striker is due a goal and could be worth a punt in the anytime goalscorer market at 5/1 with Paddy Power.

Both teams have quality in attack and are likely to score at 6/5 with Sport Nation. There are also likely to be goals in both halves at 8/11 with BetVictor.

Over 2.5 goals is worth considering at 8/9 with SBK while the second half could be picked as the highest scoring half at 6/5 with Sport Nation.

This French Ligue 1 match between Lille and Nice will be played on May 1, 2021 and kick off at 20:00. Check below for our tipsters best Lille vs Nice prediction. You may also visit our dedicated betting previews section for the most up to date previews.