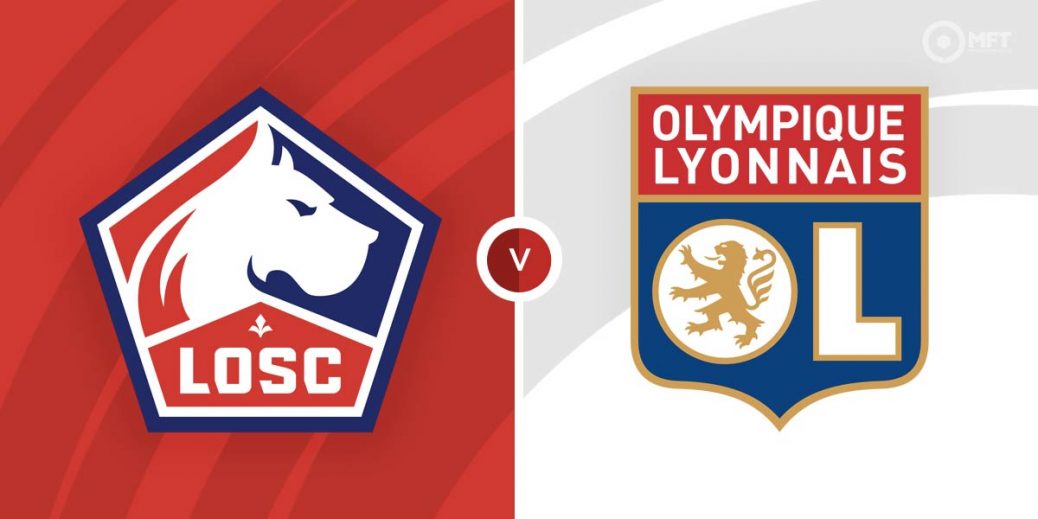 Lille host Lyon in a French Ligue 1 fixture on Sunday with both teams separated by just two points on the table. They look evenly matched at the moment and are likely to cancel each other out.

The conundrum for Lille this season has been finding the balance between their European campaign and domestic form. They finished top of their group in the Champions League but are currently in the bottom half of the table in Ligue 1.

The task for Lille now that the Champions League is on break until February, will be to improve their fortunes in Ligue 1. They have begun to show signs of life in recent weeks and are unbeaten in their last five matches, although three of those fixtures have ended in draws.

Lille have struggled defensively this season and are without clean sheet in their last eight Ligue 1 matches. Jocelyn Gourvennec’s men conceded first last time out against Troyes but fought back to claim a 2-1 victory.

Lyon have had similar problems as Lille and are doing much better in Europe than in Ligue 1. They ended their Europa League group stage campaign unbeaten and top of their group but are currently sitting 12th in the league.

Peter Bosz’ men were held to a 2-2 draw at Bordeaux in their previous Ligue 1 fixture. They will be disappointed with that result having led twice through Jason Denayer and Tiago Mendes but were pegged back both times.

Like their hosts, Lyon have also struggled to maintain their discipline at the back this season and have kept just one clean sheet in their last six matches across all competitions. They have also conceded eight goals in their last four Ligue 1 fixtures.

Lille have the edge among the bookies at 7/5 with betway while a victory for Lyon is valued at 2/1 by BoyleSports. A draw is set at odds of 13/5 with bet365.

Lille have a 21-15 advantage with 16 draws from 52 previous matches against Lyon. Five of the last eight fixtures have ended in draws including a 1-1 scoreline in last season’s meeting at the Stade Pierre-Mauroy.

Jonathan David continues to impress for Lille and has scored seven goals in his last 10 matches across all competitions. Paddy Power has the Canadian forward at odds of 7/4 to score anytime on Sunday.

Lyon will look to Karl Toko Ekambi, who often carries the team’s attacking threat. The Cameroon striker has found the net four times in his last seven Ligue 1 appearances and is priced at 12/5 by betfair to get on the score sheet.

Lille have scored first in the last two home meetings with Lyon and could be set for a repeat at 20/21 with MansionBet. There have been goals for both teams in three of their last four meetings and a similar outcome is priced at 3/1 with William Hill.

Lille and Lyon were level at the break in their previous fixture at the Stade Pierre-Mauroy and could be set for a halftime draw at 25/19 with Vbet.

This French Ligue 1 match between Lille and Lyon will be played on Dec 12, 2021 and kick off at 12:00. Check below for our tipsters best Lille vs Lyon prediction. You may also visit our dedicated betting previews section for the most up to date previews.