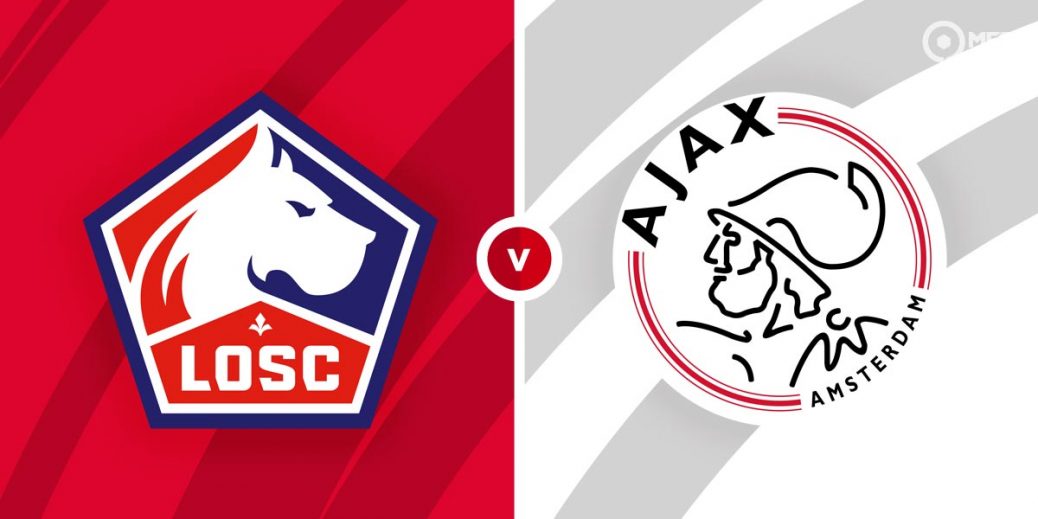 It is a battle of domestic leaders as Ligue 1 pacesetters Lille welcome their Eredivisie counterparts Ajax to the Stade Pierre Mauroy for what promises to be an exciting encounter in the UEFA Europa League.

Lille have been near perfect in France this season, which is something that is needed when attempting to hold off perennial champions PSG. They are one point clear at the top of the Ligue 1 table and even avoided defeat against PSG when both sides met in December.

Christophe Galtier’s men head into Thursday’s match in good form having claimed six wins and a draw from their last seven matches, although the one stalemate came in their last Ligue 1 encounter against Brest.

It has been two years since Ajax's fairy tale run to the semi final of the Champions League. They have since failed to hit those heights and are playing in the Europa League after crashing out in the group stage of Europe’s Premier competition.

Eric Ten Hag's side remain the dominant team in the Eredivisie as they sit six points clear at the top of the standings.

They will be keen to claim some continental glory for the first time since their Champions League triumph in 1995 and will travel to France off the back of eight straight wins.

This is a close one to call as Lille and Ajax boast similar strengths and weaknesses. Both teams are valued at similar odds for a win on Thursday with SBK offering the best odds. The firm have Lille at 33/19 to claim the victory while Ajax are valued at 7/4.

A draw is also valued at 5/2 by Unibet and with Lille being held twice at home during the group stage, I am tempted to lean towards that outcome.

There have been only two previous meetings between Lille and Ajax with the Dutch giants winning both matches. The last clash ended in a 2-0 victory for Ten Hag’s men at the Stade Pierre Mauroy during the 2019/20 Champions League.

It would be prudent to keep an eye on Lille's Yusuf Yazici as he often carries a major goal threat from midfield. The Turkish star scored six goals during the group stage including a hat-trick against Italian giants AC Milan and is valued at 33/10 by Unibet to score anytime.

Ajax have multiple goal threats in their team but with in-form striker Sebastian Haller ineligible for the Europa League, I am once again interested in a midfielder. Davy Klaasen has been among the goals lately with three in his last four matches and with betfair offering 4/1 for anytime goalscorer, it might be worth a punt.

Both teams are solid in attack which means there is some value in the goals market. Both teams to score is priced at 10/13 with SBK while over 2.5 goals is offered at 66/67 with the same firm.

I am expecting an interesting midfield battle in this one with both teams boasting superb players in the middle of the park. With this in mind, I think the card market might provide some value.

Lille's Benjamin Andre has been booked five times already this season and Sporting Index is offering 83/50 on the player to be shown a yellow card while Ryan Gravenberch of Ajax is priced at 36/25 with the same firm.

This UEFA Europa League match between Lille and Ajax will be played on Feb 18, 2021 and kick off at 20:00. Check below for our tipsters best Lille vs Ajax prediction. You may also visit our dedicated betting previews section for the most up to date previews.