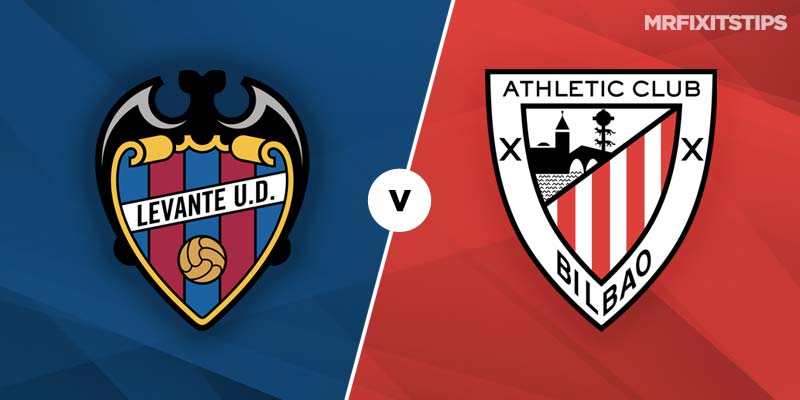 ATHLETIC BILBAO have a bit of work to do if they are to see off Levante and reach the Copa Del Rey final for the second season on the spin.

The Basques have been knockout kings in Spain of late, reaching last season's postponed final then defeating both Real Madrid and Barcelona to land the expanded Super Cup this term.

With such a fine cup record I fancied them to win the first leg of this semi-final but Athletic Club had to come from behind to salvage a 1-1 draw (below).

That leaves this tie finely poised and there's little to separate the clubs in La Liga as well, with Bilbao two points behind ninth-placed Levante having played a game fewer.

Levante have certainly risen to the occasion so far this term, beating both Real and Atletico Madrid on the road in the league, so they will be confident of finishing the job to reach their first Spanish Cup Final.

But they needed extra-time to see off Villarreal in the last eight and this one could go all the way too, especially with Friday's dress rehearsal against Bilbao in the league also ending in a 1-1 draw.

Despite having home advantage, Levante are the outsiders behind closed doors at 12/5 with SBK, who price Athletic Bilbao at 24/19 and another stalemate at 45/17. To qualify the Basques are just 8/11 at SBK with Levante 23/18.

Athletic Club are unbeaten in their last six games against Levante, winning four, but the last two meetings have ended in 1-1 draws. Levante's last win in this fixture was a 3-0 triumph at home in 2018.

Experienced striker Roger Marti has hit form for Levante, with six goals from his last eight games. He also takes their pens and is 9/5 at TonyBet for a goal here.

Raul Garcia has been Athletic Bilbao's go-to guy in the cups this term with four strikes in their knockout ties. The midfielder also scored from the spot in Friday's league draw with Levante so looks decent value at 14/5 with TonyBet for anytime scorer.

With the last two games between these sides ending 1-1, betting on penalties is a good long-odds option. Any side to win on pens is 14/1 at SkyBet while Athletic Bilbao are a whopping 30/1 at the same firm to edge a shoot-out and Levante 25/1 at Bet365.

Both teams to score has come up in five of the last six meetings so I fancy it here at 19/20 with SportNation which is good value for accumulators.

With a place in the final up for grabs, I'm expecting a few tasty tackles so the 4/6 on offer at Betfred for both teams to collect over 20 booking points is another good shout for accas. Bilbao's Inigo Martinez saw red in Friday's game and another sending-off for any player pays 7/2 at William Hill.

This Spanish Cup match between Levante and Athletic Bilbao will be played on Mar 4, 2021 and kick off at 20:00. Check below for our tipsters best Levante vs Athletic Bilbao prediction. You may also visit our dedicated betting previews section for the most up to date previews.