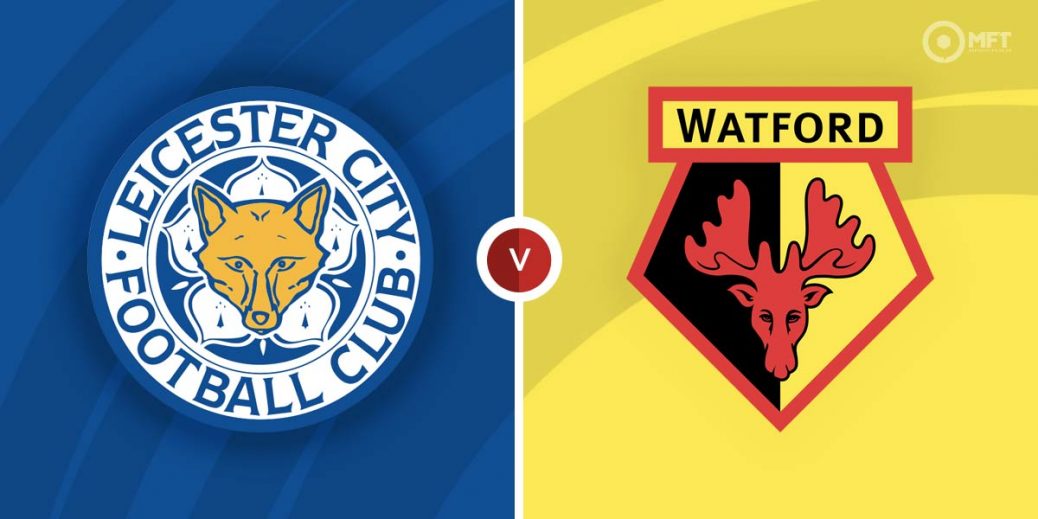 Leicester City begin the defence of their FA Cup title with a third-round clash against fellow Premier League side Watford. The Foxes are depleted at the moment but will still fancy their chances against a Watford side, who have struggled lately.

A combination of injuries, COVID-19 and the start of the Africa Cup of Nations means Leicester City are down to barebones at the moment. They are likely to field a number of youngsters on Saturday while several players could line up in unfamiliar positions.

Despite their many problems, Leicester City will still be feeling confident ahead of the visit of Watford. They recently claimed a 1-0 Premier League victory over Liverpool while fielding a central defensive pairing of Daniel Amartey and Wilfried Ndidi who have both departed for the AFCON.

Another reason for confidence is Leicester City’s recent record at the King Power Stadium. Brendan Rodgers’s men have won their last four home matches across all competitions.

Watford have endured their own off field problems and are only just recovering from a recent COVID-19 outbreak. William Troost-Ekong has also departed for the AFCON, although they did manage to hold on to top scorer Emmanuel Dennis.

Results have not been encouraging as Watford are currently on a six match losing streak. Claudio Ranieri’s men travel to Leicester City off the back of a 1-0 Premier League home defeat to Tottenham Hotspur.

Defending remains a major problem for Watford, who are without a clean sheet in their last six matches, conceding 16 goals in that run.

Leicester City have the upper hand among the bookies and are priced at 7/12 by SBK to claim the win. A victory for Watford is priced at 11/2 by bet365 while a draw is set at odds of 17/5 by MansionBet.

Leicester City have a 20-14 advantage with 11 draws from 45 previous matches against Watford. The Foxes have also won the last six meetings at the King Power Stadium, including a 4-2 Premier League victory back in November.

Given the absentees for Leicester City, Ademola Lookman has stepped up in recent weeks, scoring in his last two matches. The winger was also on target in the win over Watford back in September and could be backed to get on the score sheet on Saturday at 12/5 with Unibet.

Watford managed to stop Emmanuel Dennis from going to the AFCON and will be banking on him to provide the spark on Saturday. The Nigerian forward has eight goals this season and is priced at 4/1 by Vbet to find the net.

The last meeting between Leicester City and Watford produced over 3.5 goals which is priced at 41/20 by Unibet. Over 2.5 goals could also be considered 4/5 with SpreadEX while both teams could be tipped to score at 10/11 with William Hill.

Given the minimal odds for a straight Leicester City victory, the Foxes could be backed to earn a win and over 2.5 goals at 13/10 with BoyleSports.

This FA Cup match between Leicester City and Watford will be played on Jan 8, 2022 and kick off at 15:00. Check below for our tipsters best Leicester City vs Watford prediction. You may also visit our dedicated betting previews section for the most up to date previews.