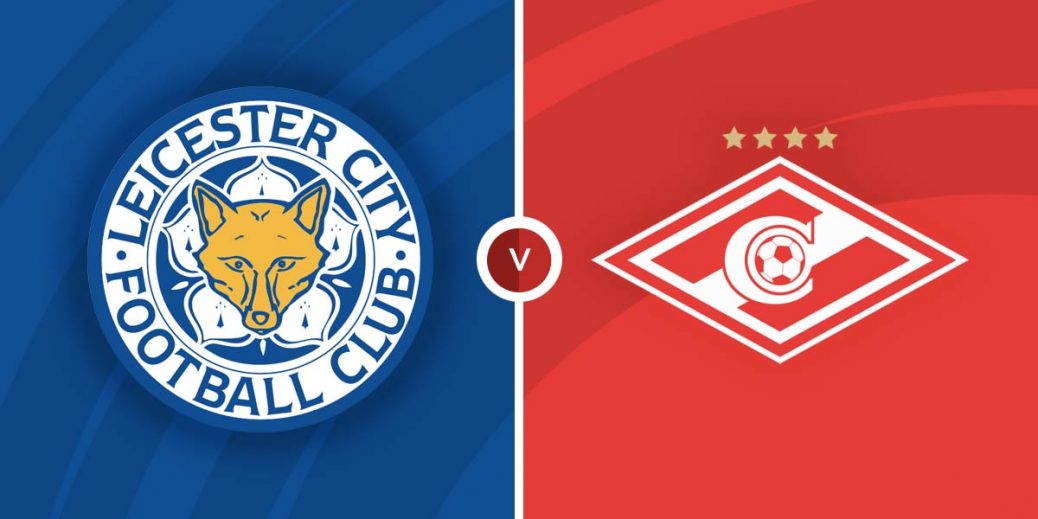 LEICESTER CITY entertain a troubled Spartak Moscow side in the fourth round of fixtures in the Europa League at the King Power Stadium.

The Russians managed to blow a two-lead lead in Moscow against the Foxes a couple of weeks ago and that kickstarted a horror run for Rui Vitoria's side.

After that 4-3 defeat to Brendan Rodgers' men, Spartak were then crushed 7-1 at Zenit St Petersburg before only drawing at home to Rostov. Confidence won't be high.

It's not that Leicester have exactly enjoyed a vintage season either though. They have struggled to put together any kind of consistent run this term and, just when they had dug out a run of three wins and two draws in a row in all competitions, they crashed to a 2-0 defeat by Arsenal at the weekend.

They're on one win, one draw and one defeat in the group and could do with the three points, although there could be more squad rotation with a trip to Leeds upcoming.

Spartak are just a point behind and really need the win here in England if they have any hopes of qualifying, although they too face a tricky weekend game – a derby against Lokomotiv Moscow.

Leicester are heavy favourites here and are 1/3 with SBK, which is the best price. The Russians can be backed at 8/1 with bet365 and the draw is 5/1 with VBet.

The clash two weeks ago in Russia was the first meeting of the clubs. Leicester battled back to win thanks to a stunning four-goal display of Patson Daka. as can be seen below.

Zambian hitman Daka ran amok in Russia and is surely set to start after only playing for the last 20 minutes in Leicester's weekend loss to Arsenal. He's 11/10 with bet365 to score anytime.

Jordan Larsson needs no introduction with the son of famous father Henrik netting against Leicester and being linked with a big money move to AC Milan. The Spartak forward is 4/1 to score anytime with Paddy Power.

Spartak were arguably unlucky to lose to Leicester and will have a go here, but the Russian's defence is clearly all over the shop and that should point to goals. Especially with Leicester being far from convincing either this season.

There were seven in the first game and Zenit hammered seven past Spartak too, so the 11/8 with BetVictor for over 3.5 goals has to have a chance,

Both teams to score looks very likely too with Spartak set to have a go. The 10/11 with bet365 looks to be a solid shout too.

This UEFA Europa League match between Leicester City and Spartak Moscow will be played on Nov 4, 2021 and kick off at 20:00. Check below for our tipsters best Leicester City vs Spartak Moscow prediction. You may also visit our dedicated betting previews section for the most up to date previews.