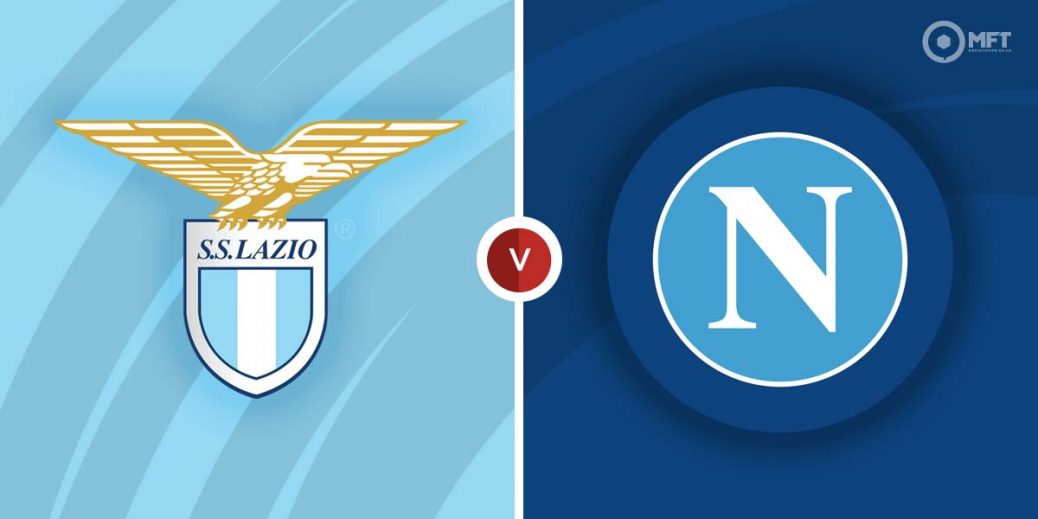 After crashing out of Europe, Lazio and Napoli will turn their attention to domestic matters as they meet in Serie A on Sunday. Both teams have shown defensive vulnerability lately and look set to produce goals here.

Lazio are coming off a 2-2 draw with Porto in the second leg of their UEFA Europa League knockout round playoff. Having suffered a 2-1 defeat in the first meeting, Thursday’s result means they have crashed out of the competition 4-3 on aggregate.

The task for Lazio now will be to secure a return to European competition as they sit sixth on the Serie A table. Maurizio Sarri’s men are unbeaten in their last five league matches but were held to a 1-1 draw by Udinese in their previous fixture.

Among the problems for Lazio is an inability to maintain their discipline at the back as they have kept just one clean sheet in their last five matches across all competitions. There is a 4-0 Coppa Italia defeat to AC Milan in that run while they also conceded four goals over two legs against Porto.

Napoli are also out of the Europa League after losing to Barcelona in the second leg of the knockout round. Following a draw in the first meeting, they suffered a 4-2 defeat in the second fixture on Thursday.

Like Lazio, Napoli’s ouster means they can turn their full attention to domestic matters and improving their league position. While the capital club are vying for a Europa League finish, Luciano Spalletti’s men are in the title mix as they sit two points off the leaders.

The problem with Napoli is that they appear to have lost their way slightly in recent weeks. They are winless in their last four matches across all competitions while the four goals conceded against Barcelona highlights a defensive vulnerability.

Napoli have the edge among the bookies at 6/4 with BetVictor while a victory for Lazio is valued at 2/1 by betway. A draw is set at odds of 5/2 by SBK.

Napoli have a 23-17 advantage with nine draws from 49 previous matches against Lazio. The Neapolitans claimed a 4-0 victory in the reverse fixture but the capital club have won the last two meetings at Stadio Olimpico.

Ciro Immobile showed his importance to Lazio with a goal against Porto on his return to the team after a spell on the sidelines due to Illness. The striker has scored in three of his last four meetings with Napoli and is priced at 7/5 by Paddy Power.

Lorenzo Insigne was also on target for Napoli in the Europa League and could be worth keeping an eye on. The forward has found the net four times in the last five meetings with Napoli and is priced at 45/17 by Vbet to get on the score sheet.

There have been over 3.5 goals in three of the last four matches between Lazio and Napoli and a similar outcome is priced at 12/5 with bet365. Over 2.5 goals can also be considered at 13/14 with SBK.

Lazio and Napoli have found the net after the break in their recent matches and both teams could be backed to score in the second half at 23/10 with betfair.

This Serie A match between Lazio and Napoli will be played on Feb 27, 2022 and kick off at 19:45. Check below for our tipsters best Lazio vs Napoli prediction. You may also visit our dedicated betting previews section for the most up to date previews.