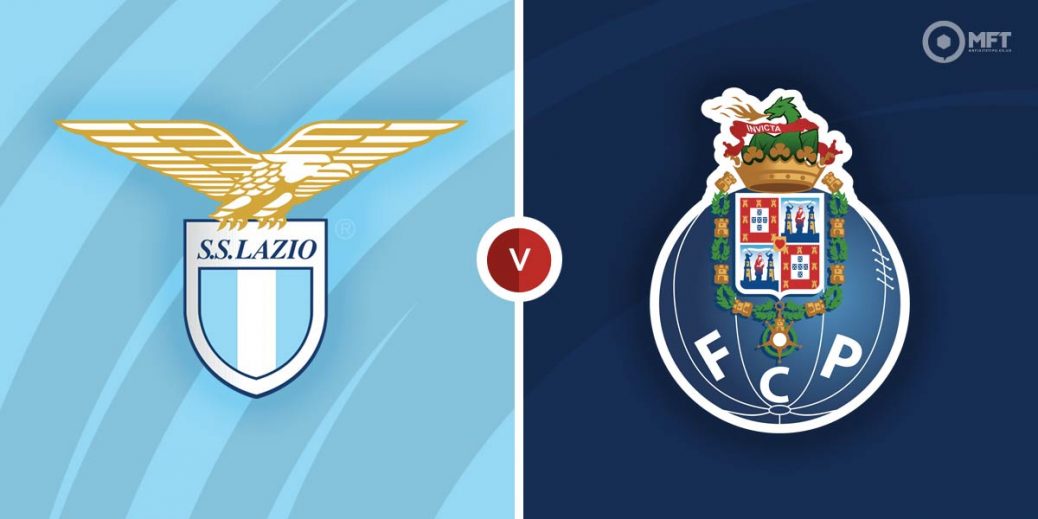 FC Porto are in the driving seat as they travel to Lazio for the second leg of their UEFA Europa League knockout round playoff. Lazio have looked out of sorts lately and the Portuguese giants have the quality to do enough to progress to the next stage of the competition.

Lazio will be feeling disappointed after throwing away the lead in the first leg against Porto. They made a fast start and raced to an early lead through Mattia Zaccagni but were unable to hold on and were breached twice by the Portuguese giants.

The Italians have not been at their best and head into Thursday’s clash with just one win from their last four matches across all competitions. Maurizio Sarri’s men were held to a 1-1 draw by Udinese in Serie A last Sunday with Felipe Anderson getting the equaliser just before the break.

One positive for Lazio is that they often do their best work at the Stadio Olimpico and are unbeaten in their last seven home matches. However, they have played out four regulation time draws in that run, including a 3-3 scoreline with Empoli in a Serie A fixture.

Porto are on the front foot in this playoff tie after claiming a 2-1 victory in the first leg in Italy. They were made to come from behind with efforts from Toni Martinez either side of the break earning them the win.

Sergio Conceicao’s men followed up that result with a 1-0 victory over Moreirense in a Premiera Liga fixture on Sunday with Evanilson’s first half effort proving the difference. That result means Porto are now unbeaten in their last 14 matches across all competitions.

Porto often do some decent work on their travels and have suffered just one defeat in their last seven away matches across all competitions.

Lazio have the edge among the bookies with a home win priced at 13/10 with MansionBet. A victory for Porto is valued at 9/4 by Coral while a draw is set at odds of 13/5 by Vbet.

Porto have claimed two wins and a draw from three previous matches with Lazio. They triumphed 2-1 in the reverse fixture while it was a 0-0 draw in the last meeting between both teams at the Stadio Olimpico during the 2002-03 Europa League campaign.

Lazio are likely to remain without top scorer Ciro Immobile, who has missed the last two matches due to Illness. Sergej Milinkovic-Savic often carries a major goal threat from midfield and could be worth keeping an eye on to score anytime at 11/4 with bet365.

Mehdi Taremi had a quiet outing in the first leg but should continue to lead the line for Porto and will be the one to watch on Thursday. SBK has the striker at odds of 30/17 to get on the score sheet at the Stadio Olimpico.

There were over 2.5 goals in the first leg and a repeat is priced at 101/100 by novibet while over 3.5 goals is valued at 5/2 with bet365. Both teams were also on target in last week’s meeting and Thursday’s clash could be tipped to follow a similar pattern at 4/5 with William Hill.

All the goals in the first leg were scored in the first half, which could be tipped as the highest scoring half at 5/2 with Coral.

This UEFA Europa League match between Lazio and FC Porto will be played on Feb 24, 2022 and kick off at 17:45. Check below for our tipsters best Lazio vs FC Porto prediction. You may also visit our dedicated betting previews section for the most up to date previews.