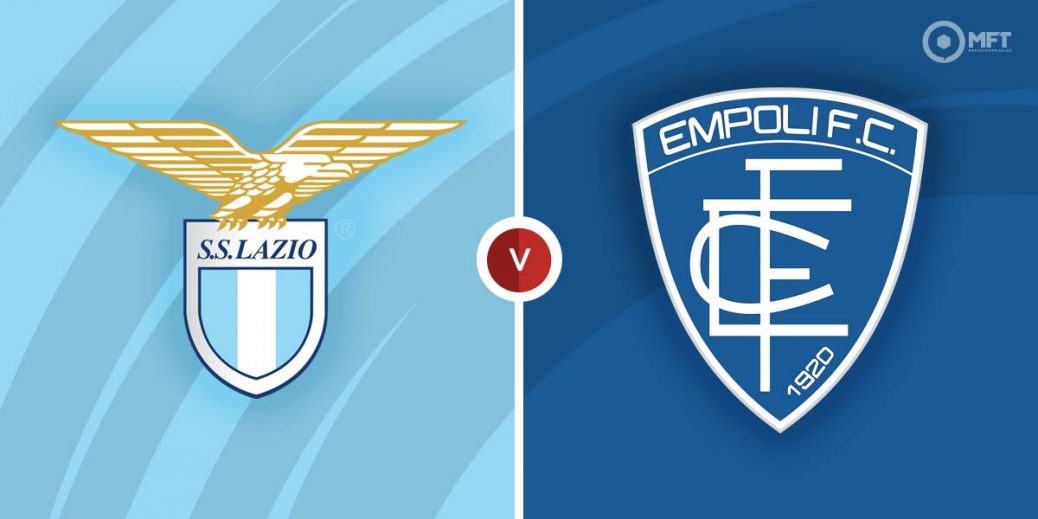 Following a solid end to 2021, Lazio will be keen to maintain their momentum in the new year as they host Empoli on Thursday in Serie A. Empoli's away form was slightly erratic in the first half of the season and they are tipped to struggle against Lazio.

Lazio often found things difficult in the first half of the season but should have reasons to be hopeful coming into the new year. They are just one point off the European places in Serie A and also progressed from their group in the Europa League.

One of the reasons for optimism coming into the new year is Lazio’s form in the final weeks of 2021. They ended the year with three wins from their final four Serie A matches, including a 3-1 victory at Venezia in their last fixture.

Lazio have been one of the most attacking sides in Serie A this season, driven by the impressive Ciro Immobile and Pedro, who have 13 and seven goals respectively.

Unfancied at the start, Empoli have plenty of reasons to be satisfied with their performance in the first half of the season. They are currently in the top half of the table, just five points off the European places.

While manager Aurelio Andreazzoli will be pleased with Empoli’s showing in the first half of the season. They did however fail to win their final two matches of the year and travel to Lazio off the back of a 4-2 defeat to AC Milan.

One area that needs improvement for Empoli in the new year is their form on the road. They have claimed just one win in their last four away matches in Serie A.

Lazio are considered overwhelming favourites among the bookies and are priced at 13/20 by novibet to claim the win. An unlikely victory for Empoli is priced at 9/2 by William Hill while SBK is offering odds of 17/5 for a draw.

Lazio often come out on top in this fixture and have won the last six matches against Empoli. The capital club claimed a 3-1 victory in the reverse fixture back in August with Ciro Immobile getting one of the goals.

Ciro Immobile was often in and out of the squad towards the end of the year due to injury and COVID-19 and Pedro stepped up in his absence. The Spanish forward has found the net in his last two matches and is priced at 13/8 by Paddy Power to get on the score sheet on Thursday.

Empoli have attacking quality of their own, particularly with Andrea Pinamonti who has seven Serie A goals this season. The striker was on target last time out against AC Milan and is priced at 13/8 by betfair to find the net.

The reverse fixture between Lazio and Empoli produced over 3.5 goals which is priced at 11/8 with BetVictor while over 2.5 goals is valued at 4/7 with Quinnbet. Both teams were also on target in that fixture and a repeat could be on the cards at 7/11 with SBK.

Given the minimal odds for a Lazio straight victory, a win and over 2.5 goals could be considered at 6/5 with BoyleSports.

This Serie A match between Lazio and Empoli will be played on Jan 6, 2022 and kick off at 13:30. Check below for our tipsters best Lazio vs Empoli prediction. You may also visit our dedicated betting previews section for the most up to date previews.