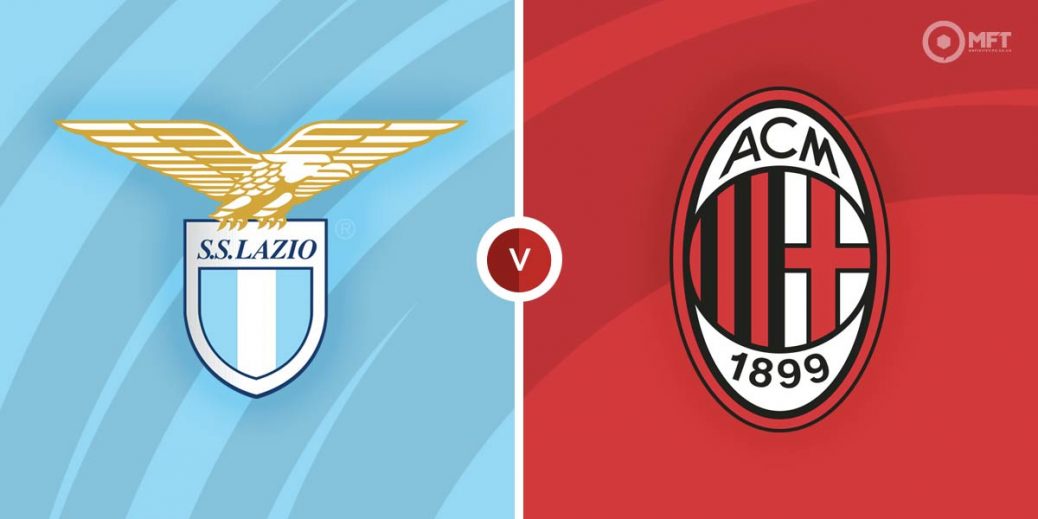 After crashing out of the Coppa Italia, AC Milan will be keen to avoid losing top spot in Serie A as they travel to Lazio on Sunday. The hosts are pushing for a place in Europe next season and have the quality to take advantage of Milan’s recent problems.

Sitting just outside the top six, the task for Lazio for the rest of the season will be to maintain their push for European footbal and be ready to take advantage of any slips. They have been inconsistent at times this season and were lucky to earn a 1-1 draw against Torino last time out with Ciro Immobile getting a late equaliser.

While manager Maurizio Sarri will be disappointed with the performance, the result means Lazio have now suffered just two defeats in their last 12 Serie A matches. They have claimed seven wins in that run but have also lost to some of the big sides, including a 3-0 defeat to local rivals Roma.

Although they have lost just once in their last nine matches at home, Lazio have been just as erratic in front of their fans. They have been held four times in that run, including a 4-4 draw with Udinese and a 3-3 scoreline with Empoli.

AC Milan did not have the best build-up to Sunday’s clash as they crashed out of the Coppa Italia after suffering a 3-0 defeat to Inter Milan on Tuesday. They were no match for the reigning Serie A champions and struggled to create chances throughout the encounter.

The Rossoneri appear to be going through a difficult time at the moment with the 2-0 Serie A victory over bottom side Genoa their only win in the last four matches across all competitions. Their lead at the top of Serie A is just two points and manager Stefano Pioli will be desperate to avoid any further slips.

Although AC Milan are unbeaten in their last nine Serie A away matches, they have been unconvincing at times. A 2-2 draw with relegation threatened Salernitana is among their results in that run while they were also held 0-0 by Torino in their previous Serie A fixture on the road.

AC Milan have the upper hand among the bookies and are priced at 7/5 by William Hill to claim the win. A victory for Lazio is valued at 2/1 by BetVictor while a draw is set at odds of 5/2 by SBK.

AC Milan have already beaten Lazio twice this season, claiming a 2-0 victory in the reverse fixture in December before running out 4-0 winners in the Coppa Italia in January. However, both wins were at the San Siro.

Lazio won 3-0 in the last meeting between the clubs at the Stadio Olimpico.

As always, Lazio will be banking on Ciro Immobile to provide the spark in attack as he looks to add to his 25 Serie A goals this season. Paddy Power has the striker at odds of 6/4 to get on the score sheet on Sunday.

AC Milan appear to be overly reliant on Rafael Leao and Olivier Giroud in recent weeks with both men scoring twice each in the two meetings with Lazio this season. Paddy Power is offering 5/2 on Leao to score anytime while Giroud is priced at 21/10 by Betfred in the same market.

There is no shortage of attacking quality here and both teams could be backed to score on Sunday at 3/4 with SBK. The last meeting produced over 3.5 goals and a similar outcome is valued at 5/2 by BetVictor while SBK is offering 15/16 for over 2.5 goals.

There have been some late showings in Lazio’s recent matches, so the second half could be tipped as the highest scoring half at 11/10 with Paddy Power.

This Serie A match between Lazio and AC Milan will be played on Apr 24, 2022 and kick off at 19:45. Check below for our tipsters best Lazio vs AC Milan prediction. You may also visit our dedicated betting previews section for the most up to date previews.