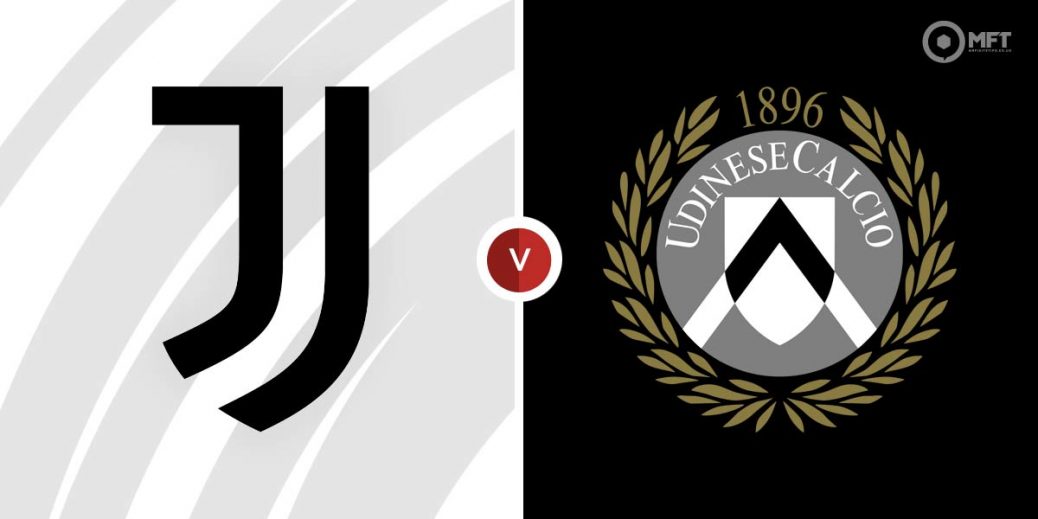 Juventus are set to maintain their recent climb up the table as they host Udinese in a Serie A fixture on Saturday. The Turin club has done some good work at home lately and that should give them the edge over Udinese, who are often unconvincing on their travels.

Juventus are coming off a 2-1 defeat to Inter Milan in the Italian Super Cup on Wednesday. They opened the scoring midway through the first half through Weston McKennie and took the Serie A champions to extra-time before succumbing to defeat.

While manager Massimiliano Allegri will be disappointed not to have claimed the win, he is likely to focus on the performance which is a pointer to their mood in recent weeks. They came from behind to claim a 4-3 victory over Roma in their previous fixture and are now just three points off the top four.

Home form will be pivotal for Juventus and their task in the new year will be to turn the Allianz Stadium into a fortress. They are already showing signs of that and are unbeaten in their last three home matches in Serie A, claiming two wins in that run.

Udinese were not in midweek action so their last outing was a 6-2 Serie A defeat to Atalanta last Sunday. They were no match for the quality of the Bergamo side as Beto’s strike two minutes from time proved to be a mere consolation.

That result is typical of Udinese’s performances lately as they often struggle at the back, keeping just one clean sheet in their last eight Serie A matches. It also does little for their quest to climb up the table as Gabriele Cioffi’s men remain in the bottom half of the table, just four points above the relegation zone.

Another area where Udinese have struggled in recent weeks is their record on the road. They have claimed just one win from their last eight away matches in Serie A, suffering four defeats in that run.

Juventus are considered overwhelming favourites among the bookies with a home win priced at 2/5 with BoyleSports. An unlikely victory for Udinese is valued at 9/1 with BetVictor while a draw is set at odds or 37/10 by SBK.

Juventus have a 37-9 advantage with eight draws from 54 previous matches against Udinese. Both teams played out a 2-2 draw in the reverse fixture but the Turin club has won the last six meetings at the Allianz Stadium, the latest of which was a 4-1 victory last January.

Paulo Dybala came off the bench in the Italian Super Cup and is likely to play from the start on Saturday. The Argentine forward has found the net three times in his last five Serie A matches and is priced at 13/10 by Betfred to get on the score sheet.

Udinese will look to Beto to provide the spark in attack after netting his eighth goal of the season last time out against Atalanta. The striker is priced at 15/4 by betway to get on the score sheet on Saturday.

Juventus and Udinese are not particularly solid at the back and produced over 3.5 goals in the reverse fixture. A similar outcome is priced at 23/10 with Paddy Power while over 2.5 goals is valued at 10/11 by bet365.

Given the minimal odds for a straight Juventus victory, a win and over 2.5 goals should provide more value at 6/5 with betfair.

This Serie A match between Juventus and Udinese will be played on Jan 15, 2022 and kick off at 19:45. Check below for our tipsters best Juventus vs Udinese prediction. You may also visit our dedicated betting previews section for the most up to date previews.