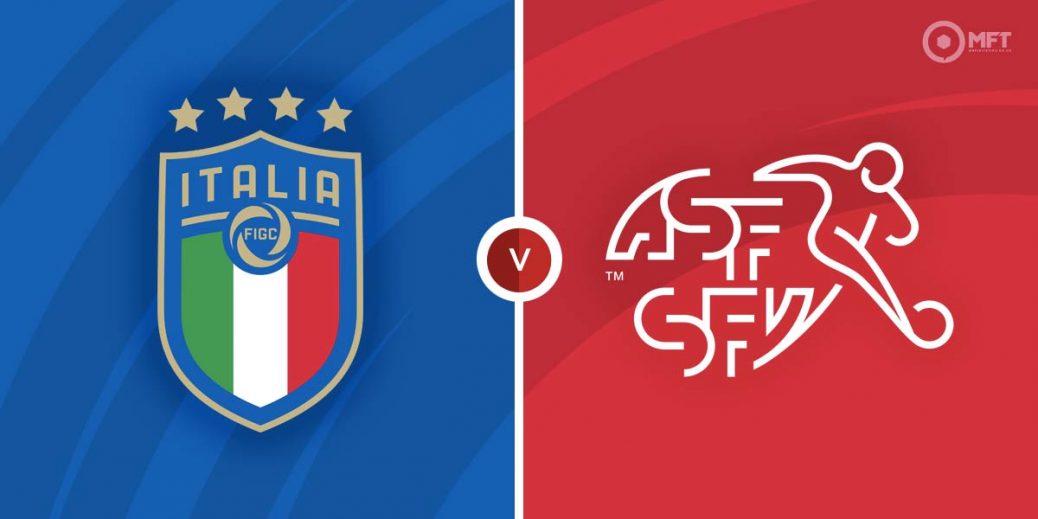 After failing to add the UEFA Nations League to their European Championship title, Italy turn their attention to the 2022 World Cup qualifiers as they host Switzerland. While the Swiss can be dangerous opponents on their day, Italy tend to do their best work at home and will be full of confidence on Thursday.

Italy's unbeaten run was snapped at 38 matches as they suffered a 2-1 defeat to Spain in the semi-final of the UNL. They got some consolation in the third-place match, claiming a 2-1 victory over Belgium.

The Azzurri are level on 14 points with Switzerland in Group C but are above their rivals on goal difference. The task is simple for manager Roberto Mancini heading into Friday’s clash as a win will see them book a place at the Qatar 2022 world Cup.

Italy are still unbeaten in the qualifiers and have claimed two wins from their last three home matches. They earned a 5-0 victory over Lithuania in their previous qualifying fixture with Moise Kean netting a brace.

Switzerland have all but booked a place in the playoffs and are currently vying for automatic qualification. They are also unbeaten and only second in the group by virtue of an inferior goal difference.

Murat Yakin’s men also claimed a 4-0 victory over Lithuania in their previous qualifying fixture. A first half brace from Breel Embolo set them on their way while Renato Steffen and Mario Gavranovic added further goals.

Switzerland have a similar defensive record to Italy with both teams conceding just one goal in the qualifiers. However, they are not as prolific in attack as the hosts and may be outscored on Thursday.

Italy are considered overwhelming favourites among the bookies at 4/6 with Unibet while a victory for Switzerland is valued at 26/5 by SBK. A draw is priced at odds of 27/10 with William Hill.

Although both teams battled to a 0-0 scoreline in the reverse fixture, Italy often do well against Switzerland and hold a 10-3 advantage with nine draws from 22 previous matches. The Italians also claimed a 3-0 victory when both teams met at the Euros in June.

Striker Ciro Immobile missed the last internationals with injury but returns to the squad in good form for Lazio and is priced at 13/8 by Unibet to score anytime. Federico Chiesa has also impressed for the national team lately and could be considered in the same market at 5/2 with betway.

Striker Breel Embolo misses out through injury so Mario Gavranovic will be the one to watch for Switzerland. The forward was on target last time out against Liechtenstein and is priced at 5/1 by Paddy Power to get on the score sheet on Friday.

Italy and Switzerland have plenty of quality in attack and both teams could be backed to score at 15/13 with Sport Nation. Over 2.5 goals can also be considered at 6/5 with betfair.

There have been more goals before the break in Italy’s last three home matches, so the first half can be tipped as the highest scoring half at 23/10 with Paddy Power.

This World Cup match between Italy and Switzerland will be played on Nov 12, 2021 and kick off at 19:45. Check below for our tipsters best Italy vs Switzerland prediction. You may also visit our dedicated betting previews section for the most up to date previews.