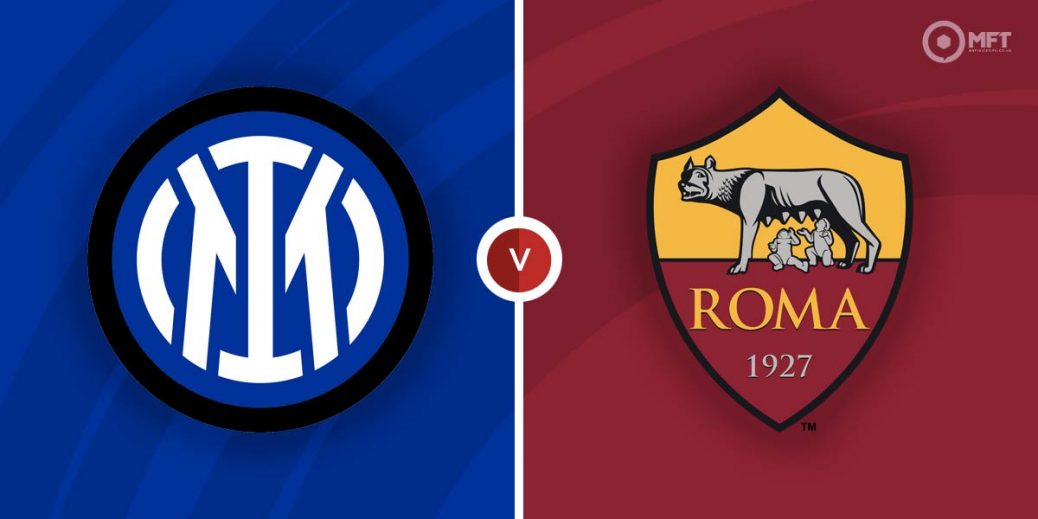 Inter Milan continue their push for the title as they welcome Roma in Serie A on Saturday. Both teams have been in good form lately but the champions have looked more convincing and should have the edge at the San Siro.

Sitting two points behind AC Milan and having played a game less, Inter Milan have a straightforward route to the Serie A title this season. Victory in their remaining five matches will see them emerge champions for the second straight season.

The Nerazzurri are not just vying for the Serie A title as they are also in the running for the domestic double. Simone Inzaghi’s men are into the final of the Coppa Italia following an impressive 3-0 victory over local rivals AC Milan on Tuesday.

Inter Milan head into Saturday’s clash off the back of four straight wins across all competitions. They claimed a 3-1 victory over Spezia in their previous Serie A fixture with Lautaro Martinez and Alexis Sanchez among the goals.

AS Roma have also been in good form lately. Sitting fifth on the table, five points off the top four, they still have slim hopes of catching Juventus for a Champions League place.

Jose Mourinho’s men travel to Inter Milan off the back of a 1-1 draw at title-chasing Napoli in their previous Serie A fixture. Stephan El Shaarawy struck a late equaliser as they extended their unbeaten run to 12 Serie A matches.

While Roma will be pleased with their good form, they have not been overly convincing on their recent travels. They have claimed just one win in their last three away matches across all competitions but will take confidence from the draw in Naples on Monday.

The bookies have installed Inter Milan as favourites with a home win priced at 4/6 by SBK. A victory for Roma is valued at 17/4 by BetVictor while a draw is set at odds of 14/5 by Unibet.

Inter Milan have the upper hand in recent matches with Roma, winning the last three meetings. The Nerazzurri have beaten their rivals twice this season, earning a 3-0 victory in the reverse fixture in December before running out 2-0 winners in the Coppa Italia in February.

Inter Milan’s recent resurgence appears to have coincided with Lautaro Martinez rediscovering his scoring touch. The striker scored a brace in the Coppa Italia win over AC Milan and is priced at 25/19 by SBK to get on the score sheet on Saturday.

Centre-backs Milan Skriniar and Stefan de Vrij also appear to be returning to their best form having conceded just once in their last four matches. They also helped Inter Milan keep clean sheets in the two meetings with Roma this season and could be set for a repeat at 13/8 with Paddy Power.

Inter Milan have been comfortable in their two meetings with Roma this season which means a -1 handicap could be considered at 37/20 with Unibet. It was also a win to nil in both matches and a repeat is valued at 11/5 by BetVictor.

Inter Milan have scored in both halves in their last three matches with Roma and a similar outcome is priced at 7/5 with BoyleSports.

This Serie A match between Inter Milan and Roma will be played on Apr 23, 2022 and kick off at 17:00. Check below for our tipsters best Inter Milan vs Roma prediction. You may also visit our dedicated betting previews section for the most up to date previews.