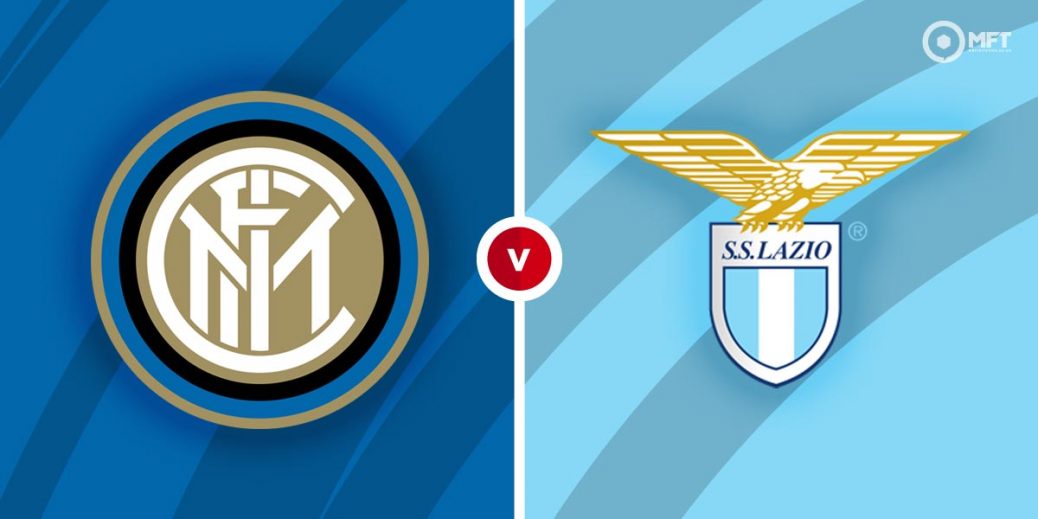 SERIE A title challengers Inter Milan embark on the first of two crucial games which will go a long way to see if they are serious Scudetto contenders when they welcome Lazio to the San Siro.

Antonio Conte's side were eliminated from the Coppa Italia in midweek against Juventus and now face the Rome side before an absolutely massive derby against AC Milan next week.

Despite only losing in the league once since October, Inter still trail their city rivals by two points and they cannot afford to slip up against Simeone Inzaghi's Lazio.

Lazio are by no means out of the title race themselves, but are nine points behind and defeat here would surely end their slim hopes. However, they will have nothing to fear as they are in splendid Serie A form themselves, having won six games in a row in the league.

Inter are odds-on with all bookies and are 10/13 with Unibet. Lazio will have their backers though at 15/4 with Boylseports. The draw is 57/20 with Tonybet.

A 1-1 draw in Rome saw Sergej Milinkovic-Savic cancel out Lautaro Martinez's opener. Two players were sent off in a feisty affair. Last season both sides won their home matches.

Romelu Lukaku has netted 14 of Inter's 51 league goals this season – 27 per cent of their tally and second only of importance to Cristiano Ronaldo at Juventus. He's on 25 goals for the season with club and country and will be popular with anytime scorer punters at 23/20 with Skybet.

Sergej MIlinkovic-Savic was Italy's Player of the Month and is in excellent form. But as usual with Lazio, it could be all about Ciro Immobile. Of his last 21 games, he's netted in an incredible 17 of them. He's value with McBookie at 17/10 to score on Sunday.

Lazio average 3.05 cards alone this season and with ref Michael Fabbri not averse to flashing the cards, it could be a passionate affair. Unfortunately, the line is likely to be set and over and above 5.5 cards and a sending off in the match at 11/4 with bet365 looks to be a runner.

The Rome side's 1-0 win against Cagliari was their first clean sheet for five games and goals are usually a gimme when they come to town. Inter are the league's top scorers so both teams to score at 4/6 should be nailed on. Evens with both teams score and over 2.5 goals is a better price.

And although Inter have the best home form in Serie A, the momentum is with Lazio and the 15/13 with SportNation on the double chance is perfectly acceptable.

This Serie A match between Inter Milan and Lazio will be played on Feb 14, 2021 and kick off at 19:45. Check below for our tipsters best Inter Milan vs Lazio prediction. You may also visit our dedicated betting previews section for the most up to date previews.