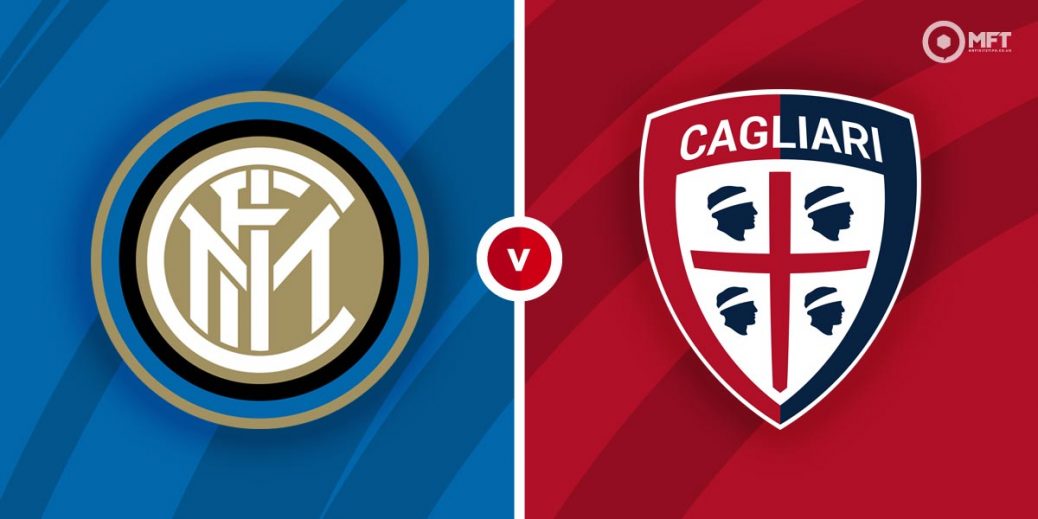 Inter Milan continue their march towards the Italian Serie A title with a clash against Cagliari at the San Siro. Inter have looked unstoppable in recent weeks and should be too strong for the relegation threatened visitors.

Inter Milan are coming off a 2-1 victory over Sassuolo in a rescheduled Serie A clash on Wednesday. Efforts in each half from Romelu Lukaku and Lautaro Martinez gave them a two-goal lead before Sassuolo pulled one back late on.

The result means Inter Milan have now opened up an 11-point lead at the top of the Serie A table. They are unbeaten since the early days of January and have won 10 consecutive Serie A matches for the first time since 2007.

Antonio Conte’s men have been even more impressive at the San Siro where they have won their last 11 matches. While they often show their quality in attack, with Atalanta the only team with more goals this season, their defence has been just as pivotal to their dominant run with just two goals conceded in their last six home matches.

Cagliari head to the San Siro off the back of a 2-0 home defeat to Hellas Verona last time out in Serie A. They were wasteful in attack and were punished by the more efficient opponents.

The result means Cagliari are now on a four-match winless run, losing the last three. This appears to be the worst time for Leonardo Semplici's men to be out of form as they sit in the relegation zone, two points from safety.

Cagliari have one of the worst away records in Serie A this season and have claimed just one win in their last 11 matches on the road. There have been seven defeats in that run, including a 2-1 loss to fellow strugglers Spezia in their last away fixture.

The bookies have installed Inter Milan as overwhelming favourites with a home win valued at 2/7 by SBK. The same firm is offering 11/1 for a Cagliari win while a draw is set at odds of 5/1 by betway.

Inter Milan have looked almost unstoppable lately, especially at the San Siro, and are expected to ease to a comfortable victory.

Inter have the advantage in this fixture with 25 wins from 47 previous matches. Cagliari have been victorious seven times s while both teams have played out 15 draws.

The Nerazzurri have won three of the last four meetings and triumphed 3-1 in the reverse fixture while the last meeting at the San Siro ended 4-1.

As always Inter Milan will look to the duo of Romelu Lukaku and Lautaro Martinez to provide the spark in attack. Bet365 has Lukaku at 8/15 to score anytime while also offering 5/6 on Lautaro Martinez in the same market.

Inter's defence has been just as impressive with four clean sheets in their last six home matches. Centre backs Stefan de Vrij and Milan Skrinniar have been pivotal in that run and will be hoping for a repeat at 21/10 with Sporting Index.

Given Inter Milan’s solid defensive showing in recent weeks, a win to nil could be on the cards at 6/5 with SpreadEX. The same firm is offering 17/20 for a -1 handicap while the Nerazzurri could also be backed to win both halves at 83/50 with Sporting Index.

With Romelu Lukaku scoring the opener 10 times this season, a score/win double could also provide some rewards. Bet365 offering 24/10 on the Belgian striker to grab the first goal and Inter Milan to win.

This Serie A match between Inter Milan and Cagliari will be played on Apr 11, 2021 and kick off at 11:30. Check below for our tipsters best Inter Milan vs Cagliari prediction. You may also visit our dedicated betting previews section for the most up to date previews.