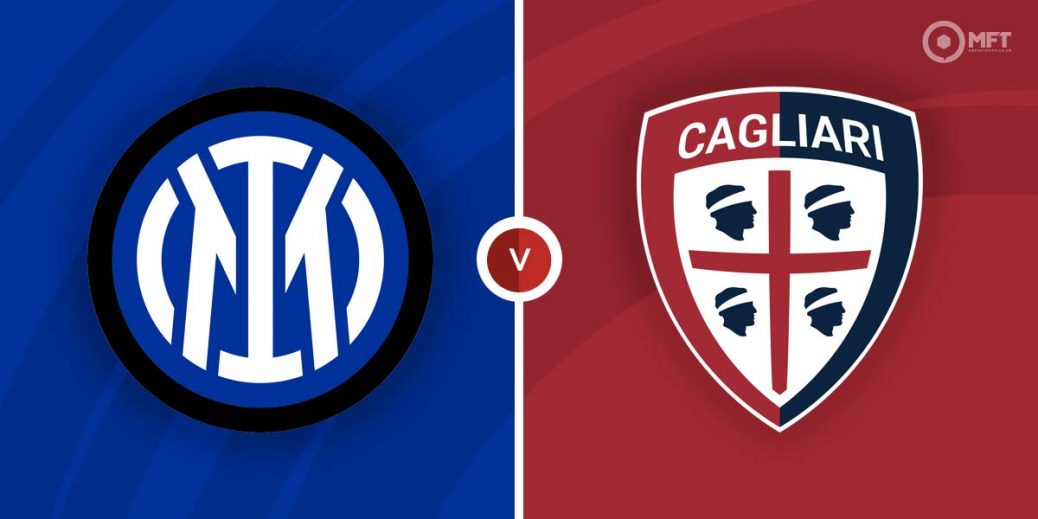 Inter Milan will be looking to continue their rise up the Italian Serie A standings as they host struggling Cagliari on Saturday. The Nerazzurri are unbeaten at home this season and should make light work of a poor Cagliari team.

Inter Milan warmed up for the visit of Cagliari with a 2-0 defeat to Real Madrid in a midweek UEFA Champions League fixture. Although they were looking to finish top of the standings, both teams had already progressed to the knockout stage.

Things are much better for Inter Milan on the domestic front and are currently on an eight match unbeaten run in Serie A. They have won six times in that run, including a 3-0 victory at Rima last time out which took them second on the table, one point behind leaders AC Milan.

Inter Milan have been almost unstoppable at home this season and are unbeaten in their seven Serie A matches in front of their fans. Simone Inzaghi’s men have claimed a few one-sided wins in that run, including a 4-0 victory over Genoa while also easing to a 6-1 triumph over Bologna.

Cagliari are still in the relegation zone and are in danger of being cut adrift of the rest of the league. Their only win of the season came back in September and are currently winless in their last eight Serie A matches.

Walter Mazzarri’s men travel to Inter Milan off the back of a 1-1 draw with Torino in their previous Serie A fixture. They struck a second half equaliser through Joao Pedro and despite creating a number of chances, could not find the winner.

Cagliari have been particularly poor on their travels and are without a win away from home this season. They have also failed to score in four of their last five away matches in Serie A.

The bookies have Inter Milan as overwhelming favourites at 1/5 with betway while an unlikely win for Cagliari is valued at 17/1 by BetVictor. MansionBet is offering odds of 7/1 bet365 for a draw.

Inter Milan are unbeaten in their last five matches against Cagliari, claiming four wins in that run. The Nerazzurri triumphed 1-0 in the last meeting between both teams back in April.

Lautaro Martinez is the top scorer for Inter Milan this season with eight Serie A goals and will be the one to watch on Saturday. The Argentine striker has three goals in his last four Serie A matches and is priced at 4/5 with Betfred to score anytime.

As always Cagliari will look to Joao Pedro to provide the spark in attack as he looks to add to his nine Serie A goals this season. Sporting Index has the Portuguese striker at 7/2 to find the net at the San Siro on Sunday.

Inter Milan often claim comfortable wins at home and could be backed in the -2 handicap market at 7/5 with Paddy Power. Given Cagliari’s goalscoring problems away from home, a win to nil for the Nerazzurri could also be considered at 23/20 with BetVictor.

Inter Milan have scored a penalty in three of their last four Serie A matches and could be set for a repeat at 9/4 with bet365.

This Serie A match between Inter Milan and Cagliari will be played on Dec 12, 2021 and kick off at 19:45. Check below for our tipsters best Inter Milan vs Cagliari prediction. You may also visit our dedicated betting previews section for the most up to date previews.